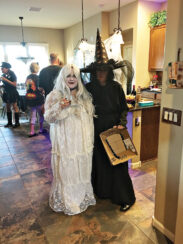 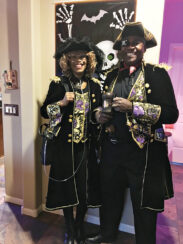 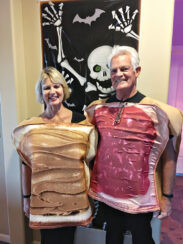 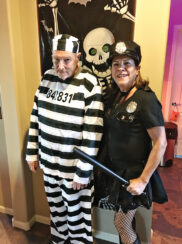 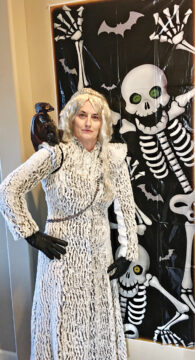 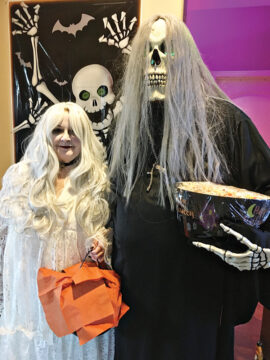 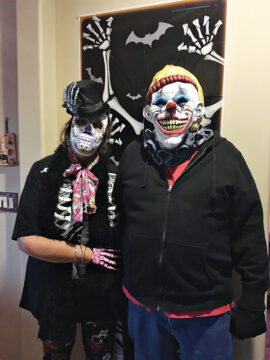 Lauren and Jeff French certainly set a Spooktacular stage for their Halloween party. In a scary clown mask, Jeff stood motionless as guests approached the house—only moving to open the front door. Inside, Lauren wore a Dia de Los Muertos mask and directed party-goers to the skeleton backdrop where Amanda Kaminski took their picture.

Everyone dressed for the occasion! Costumes included several pirate couples, a police officer and her prisoner, Kealese – Queen of the Dragons from Game of Thrones, a pair of political candidates, a dark witch, the Grimm Reaper and a lost soul, a hippie, a black cat, and a peanut butter and jelly sandwich.

Prizes were awarded for the most original, the least recognizable, the scariest, and the funniest costumes.

Spider webs hung over the ample potluck buffet. Scary rings were distributed as favors under the starlit sky. Jeff French even made cinnamon sugared donuts to cap off the evening. Guests left with black bags full of trick or treat candies and wonderful memories of a very special night.