If you would like to submit an obituary for In Passing, please limit your submission to 400 words or less and submit it and a photo (if you have one) via email at [email protected] or online at robsonpublishing.com/editorial.

Previous In Passing posts may be found here or by searching by name in the upper right-hand sidebar. 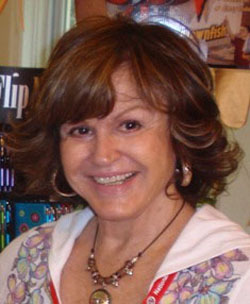 On Thursday, Jan. 12, 2023, Carolee Louise Bailey (nee Gentili), loving wife, mother, and grandmother passed away in Tucson, Ariz.
Carolee was born and raised in Tacoma, Wash., the only child of Albert and Louise Gentili. She attended Central Washington State University briefly before her first marriage and the birth of her three daughters. She later relocated to California to raise her daughters as a single parent. While there she returned to college, graduating from the University of California at Berkeley with a degree in Sociology. Carolee worked in real estate, land conservation, and as a paralegal. Later in life she developed a passion for politics and volunteered extensively.

In 2009 she met and a year later married Paul Bailey. Together they found love, companionship, and adventure. They traveled extensively in Europe, Asia, and Latin America and throughout the U.S. by motorcycle and with Corvette clubs.

Carolee adored her four grandchildren and cherished spending time with them. She loved her Burmese kitties, Sanda and Wynn, gardening, and staying fit. She was an avid, lifelong reader and always had a good book to share.

In 2014 Paul and Carolee came to SaddleBrooke Ranch to build their forever home. Carolee was involved in various activities at the Ranch. In 2019 she found her true passion and organized the Republican Women of Action (WOA). The WOA grew over the years to more than 120 members. They functioned to educate women in politics and to provide a means where women could be involved in political functions.

Carolee is survived by her husband Paul, daughters Tracy Magers, Tia Magers, and Kendall Hewitt and husband Noah, as well as her four grandchildren Matthew and Nikola Koso and Kenna and Matea Hewitt. She will be dearly missed by all.
A private, family memorial will be held in the Chicago area at a later date. 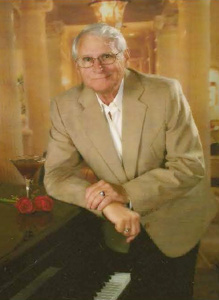 Larry had an exciting and adventurous life, moving to Oregon as a child, living in Cave Junction and Medford followed by his proud service in the U.S. Navy primarily aboard the USS Vesuvius ammunition ship with primarily Pacific Ocean duty calls. He returned to California where he got the call from his parents to gather up his siblings and venture to Alaska in 1966. He and his growing family experienced a series of amazing life adventures during his 50 years in Alaska, including living and working for the Dew Line stations in Barrow and Kaktovick, Alaska; driving truck on the Haul Road and working in Transportation, Maintenance and Logistics within Alaska. Larry retired from Alyeska Pipeline Service Company in 2006, having served as an Oil Spill Response Coordinator for 12 years. He and his wife RVd extensively for several years and settled in Oracle, Ariz.

In lieu of flowers, please consider a platelet or blood donation in Larry’s honor. Celebrations of life will be held in Arizona, Washington, and Alaska at a later date.

Updates and obituary can also be viewed at www.vistosofh.com.