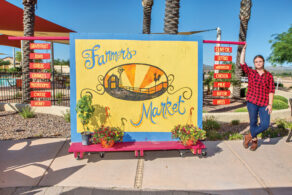 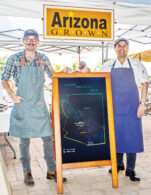 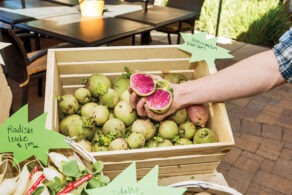 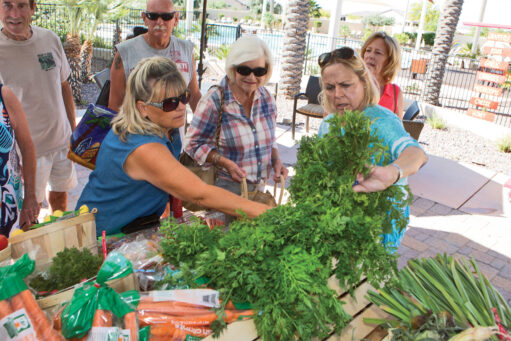 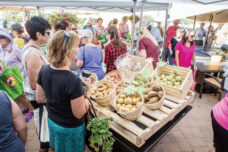 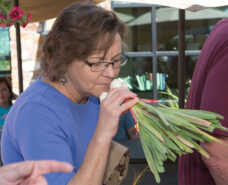 What better activity for a sunny spring Saturday morning than to ask 21 local farmers to offer their wares for sale at the first SaddleBrooke Ranch Farmers Market. With the great leadership from the new Food and Beverage Manager Stephen Derrick and the new Executive Chef Jose Salas, that activity was created. We also saw the teamwork from the existing and new staff who will provide service at the new clubhouse.

Twenty-one Arizona farms were represented from as far north as Flagstaff and as far south as Nogales. Produce offered for sale included fruits, nuts, vegetables, oils, cheeses, wines, juices, poultry and meats. Some of the meat displayed was butchered by Chef Jose. To satisfy the appetites that the produce generated, Chef Jose offered such things as tacos and tamales. Refreshing Bloody Mary drinks were served to wash down the food. Corey Spector provided the music.

The farmers market was well attended and a great success. Within one hour some of the produce was sold out. Another farmers market is planned according to Stephen Derrick. He promised to have more produce and more space for the expected turnout.