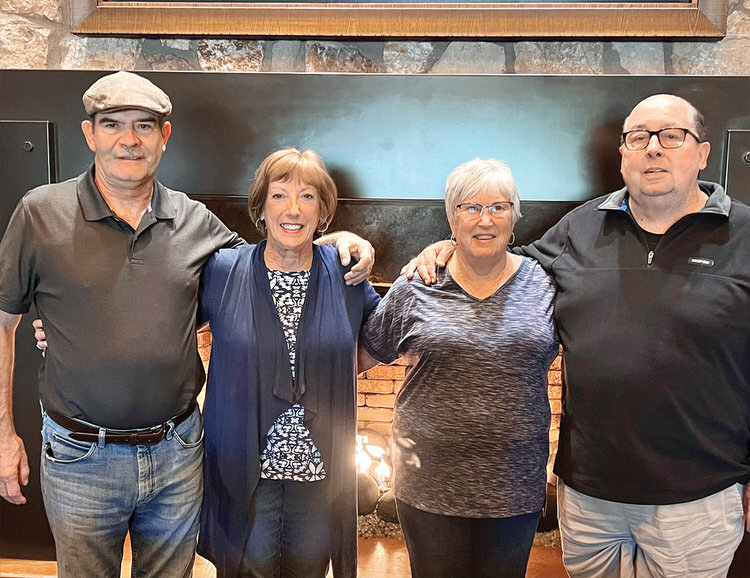 Jim and Cathy Kauffman and Laurie and Tom Campbell enjoy the amenities of SaddleBrooke Ranch as well as living close to their children and grandson.

In 2014, Cathy and Jim Kauffman (unit 3), retired and moved from Pennsylvania to SaddleBrooke Ranch following their son, Dan, who relocated to Tucson. Dan met Caitlyn Campbell in Tucson and they married in 2017. Caitlyn’s parents, Laurie and Tom Campbell (unit 16B), from Prescott, Ariz., then relocated to SaddleBrooke Ranch in 2018 to be closer to their daughter. With both in-laws living in the Ranch, they get to share their children and their 3-year-old grandson who now live in Catalina. The “co-grandmothers,” as they like to call themselves, each watch their grandson one day a week. Both couples agreed it was an easy decision to retire to the amazing SaddleBrooke Ranch community with all the amenities that they wanted in retirement living, as well as being close to their children and grandson.