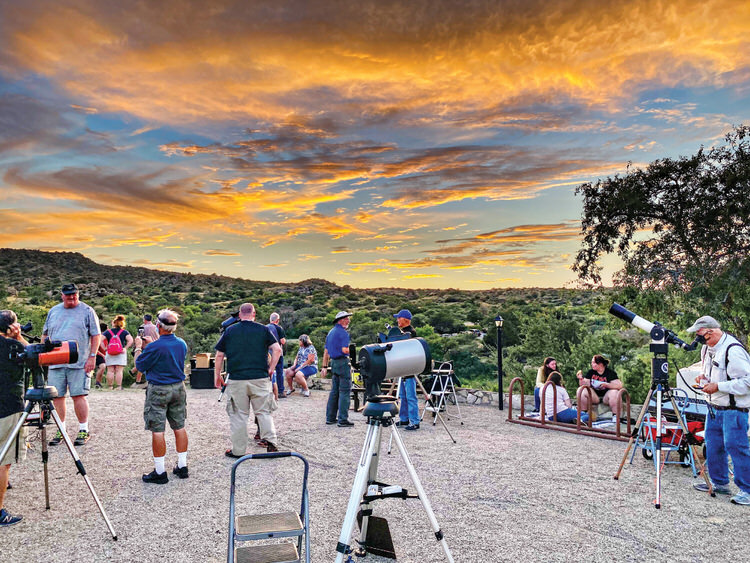 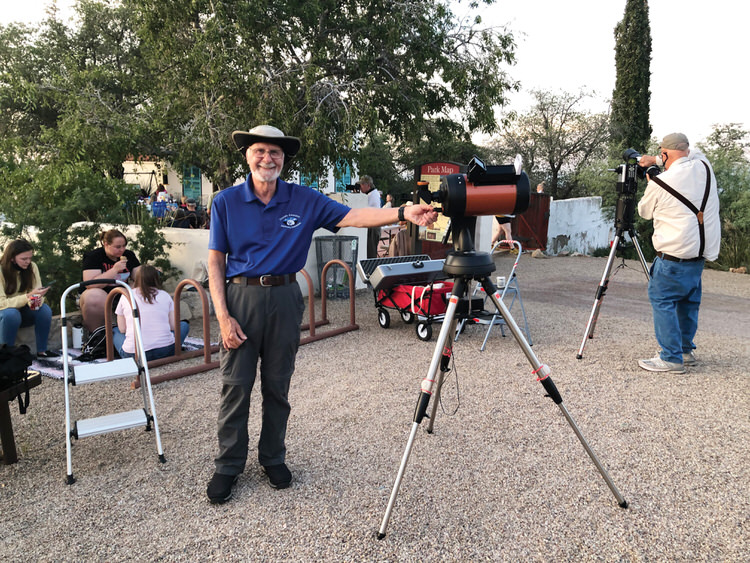 Tucson’s own Malta Joe’s Baked Goods had their world-renowned Pastizzis for sale. Musical entertainment on the patio was by Hard Sun Aggregate and telescope viewing was on the top patio. The sky was a bit cloudy, but attendees could see Jupiter, Saturn, and the moon in between the clouds! More than 150 people attended the party, some making the drive from Phoenix!

Residents of SaddleBrooke and SaddleBrooke Ranch can find information about astronomy club events on their groupworks.com website.