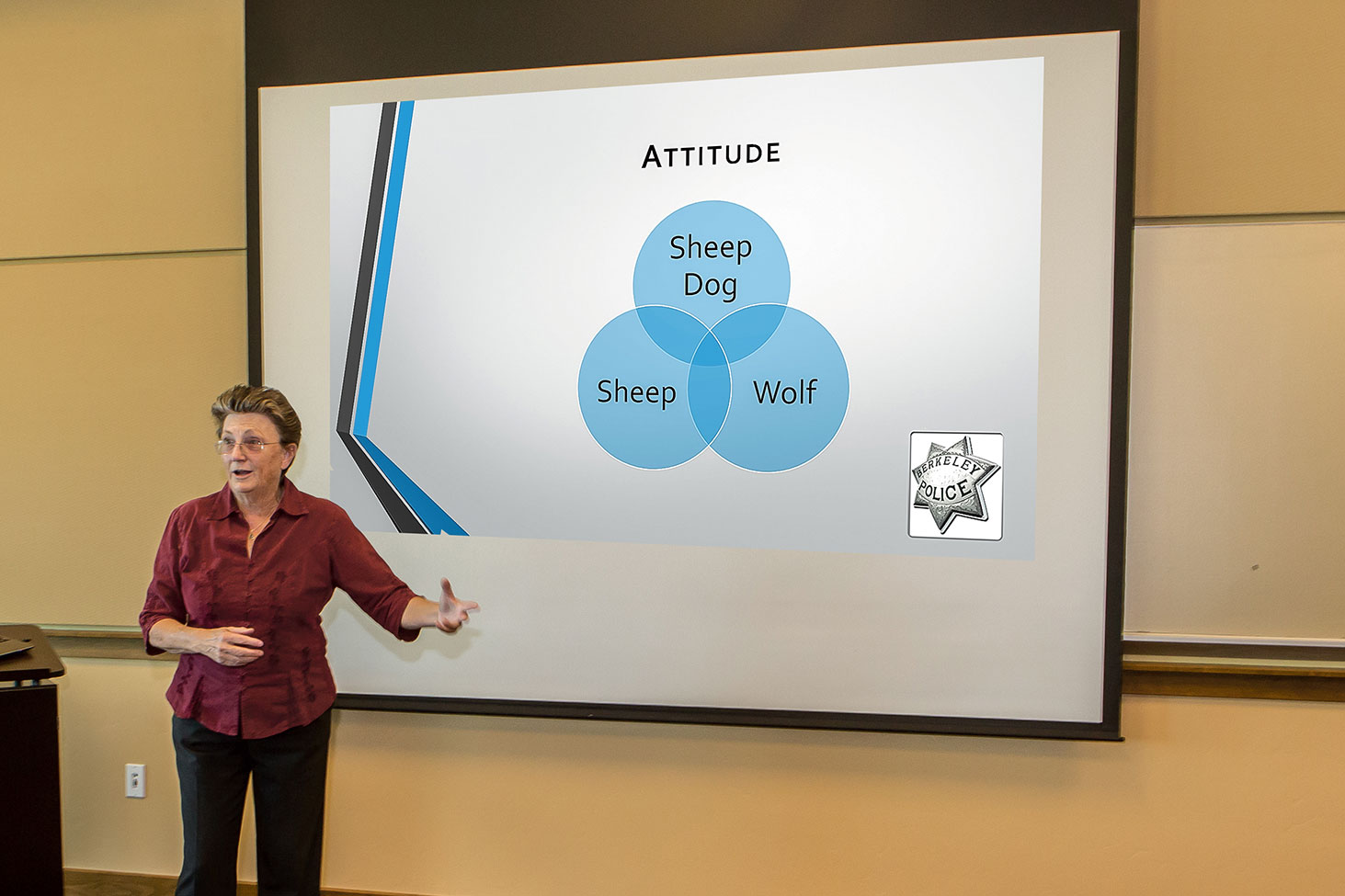 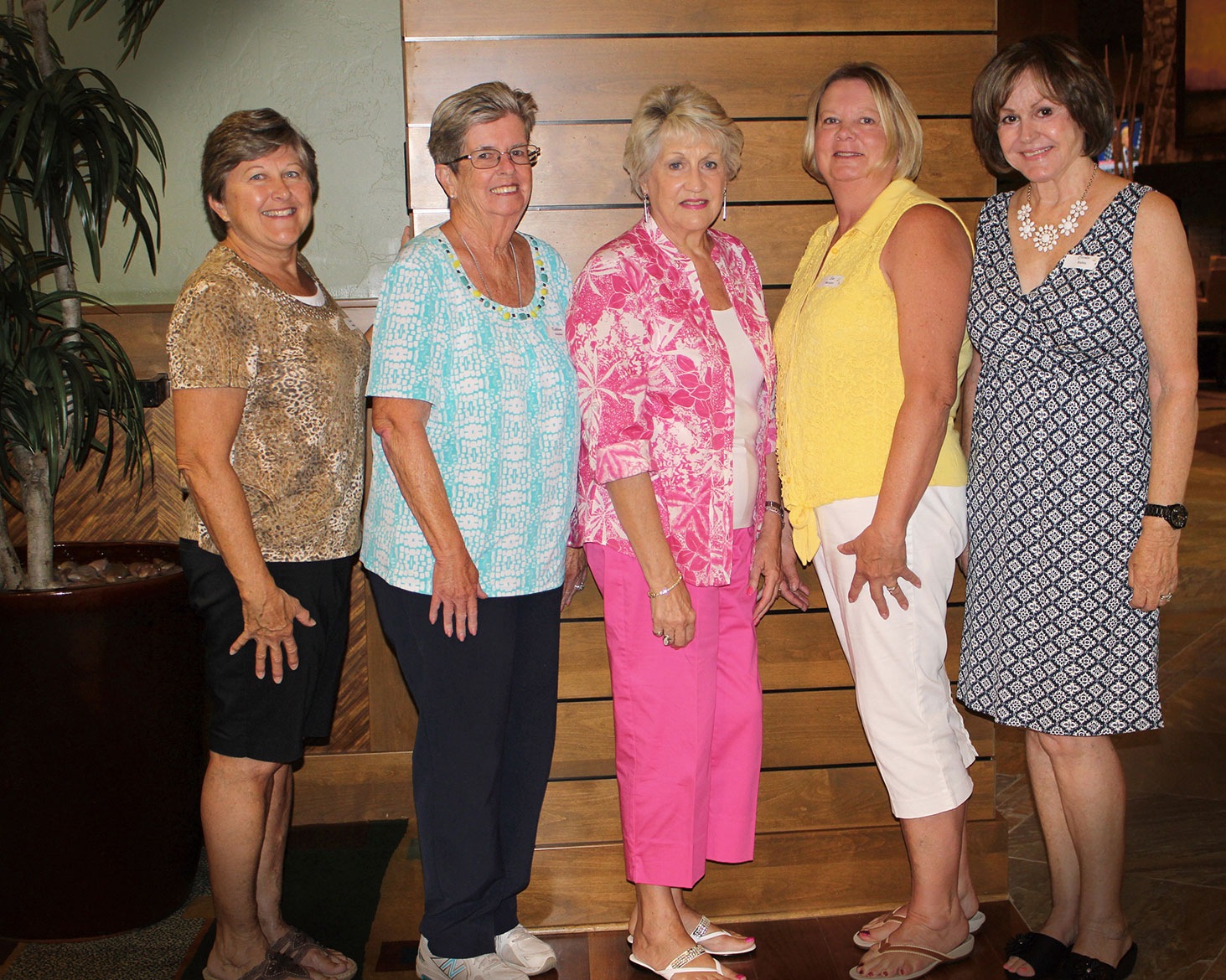 According to SaddleBrooke Ranch resident Kay Lantow, law enforcement and military personnel identify the people in three categories: sheep, sheep dogs and wolves. And she should know. Kay is a retired professional with more than 35 years in the law enforcement, education and paralegal fields as a police officer, adjunct instructor, private investigator and paralegal. From 1977 to 2002 she was a member of the City of Berkeley, California Police Department. After 10 years as a patrol officer, she was promoted to Sergeant in 1987 and retired in 2002 as Detective Sergeant in charge of the Sex Crimes and Domestic Violence Prevention Unit. As a hostage negotiator, Kay had hundreds of hours of scenario-based training and debriefed the first 60 hostages to escape from the Durant Hotel incident in 1990. Since 1995 she has taught at various public and private institutions within the field of criminal justice psychology and investigations. “All of my adult life I have been learning and teaching others survival skills,” Kay said, “and I am now pleased to share my training and experience with my neighbors.”

In addressing the members of the SaddleBrooke Ranch Women’s Club at the June 13 luncheon, Kay presented the societal and psychological influences that contribute to personal safety. “Sheep dogs are the law enforcement and military, wolves are the predators and sheep are everyday people, those who live their lives responsibly, often without thought of threat,” she said. The first lesson of survival is to accept that there are wolves out there, and they will come after you if you get in their way. The goal of Kay’s talk was to raise awareness of wolves, and she did that by asking the audience to accept the worst possible scenario, that which they are most frightened of, and then train how to deal with it. “Imagine your greatest fear. What does it look like?” she asked.

To illustrate, Kay shared the following quote from The Gift of Fear by Gavin De Becker. “As we stand on the train tracks, we can only avoid the oncoming train if we are willing to see it and willing to predict that it won’t stop.” How in our world do we predict when, how and by whom violence might occur? While age, gender, race and location can play a role in vulnerability, so, too, does being isolated, also known as separation from the herd.

“We need to imagine our fear, face it, and make a plan to survive it,” she said.

Predators very often pick their victims. We should identify our vulnerability and availability and be vigilant to not give over our prediction and protection. Kay gave credence to paying attention to what we refer to as our intuition and guard against ignoring it, sometimes because of our desire to be liked or ‘act politely.’ She concluded by saying that it’s far better to listen to our inner voice and accept ‘I know it’ rather than in hindsight looking at an ignored sign or signal and saying, ‘I knew it.’

Throughout the year four Women’s Club meetings will have speakers and four meetings will emphasize socializing. Annual dues have been reduced to $10 to cover lunches for the speakers, decorations and supplies. Lunches will be $12 for members and $14 for non-members.