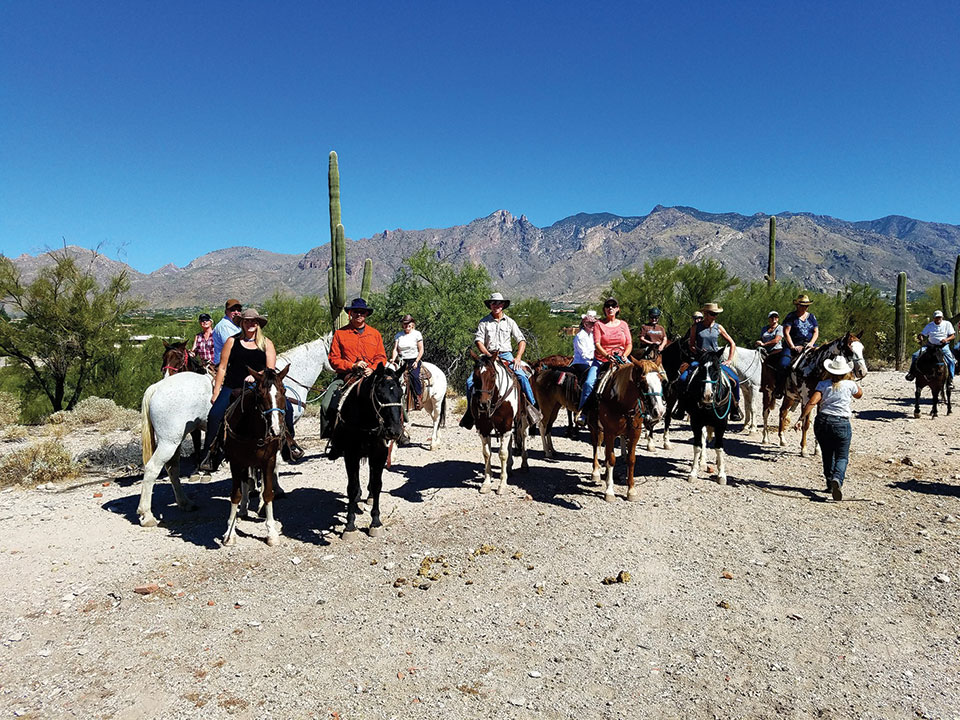 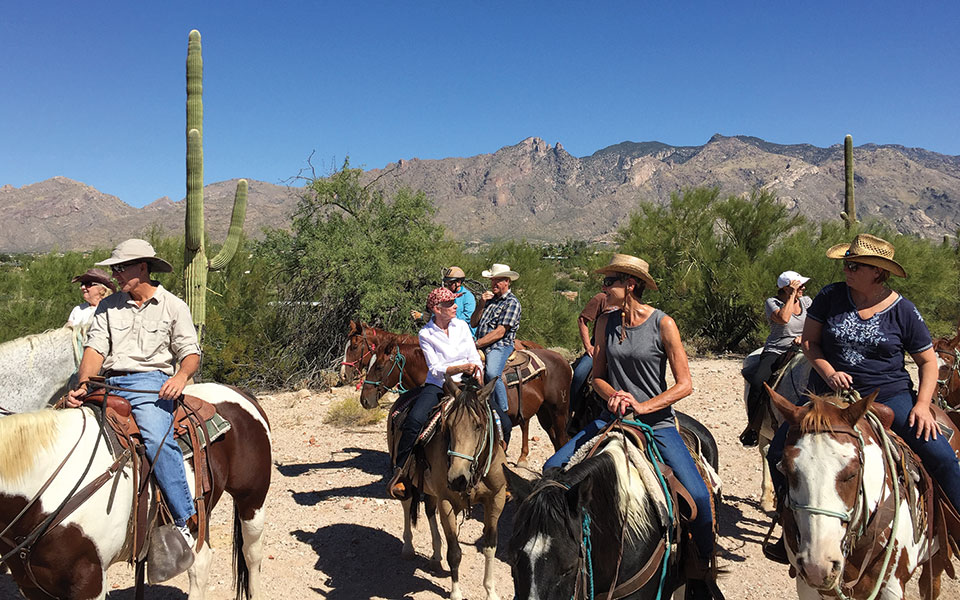 Eighteen SaddleBrooke Ranch horseback riders enjoyed a beautiful, sunny morning ride at the Hacienda Del Sol Resort. Six of the 18 were riding with the group for the first time. Of those, most had not ridden in years, sometimes not since they were in their teens.

Nestled in the Catalina foothills, this urban gem offers a trail ride that descends into a wide tree-filled arroyo that is both quiet and peaceful despite the urban setting above. The trail wound through an array of saguaros, golden barrels, mesquite trees and creosote bushes.

About 40 minutes into the one-hour ride the group rode up a winding trail to a bluff with a magnificent view of Tucson. The guide explained that we could see the Rincon Mountains to the east, Santa Rita Mountains to the south, Tucson Mountains to the west and the Catalina mountain range to the north. The entire group was struck by the beauty of the ring of mountains that could be seen from that bluff.

The Hacienda del Sol Resort has been a part of Tucson for many years. It was built in 1929 and originally served as an elite girl’s school for daughters of such famous families as Vanderbilt, Pillsbury and Westinghouse. In 1944 Hacienda Del Sol was converted into a guest ranch that immediately attracted the Silver Screen’s most popular stars. Legend has it that the Hacienda’s Casita Grande was a favorite romantic hideaway of Spencer Tracy and Katharine Hepburn. Leading men John Wayne and Clark Gable both signed their names to the hotel’s illustrious guestbook. Forgotten for a time, in 1995 the Hacienda was renovated by a group of investors with a goal of returning it to its original glory. It is now a luxury resort with magnificent views of the area. It is included in the National Registry of Historic Places. Riders were informed that horses have also been on the property since its opening.

The group’s next ride will be on Saturday, November 4, at Colossal Cave Mountain Park in Vail. Stone buildings and walls were built in the park during the depression as part of the work of the Civilian Conservation Corps. In addition to some beautiful views of the area’s mountains it boasts a small cave that is open for tour and an easy view of a rare crested saguaro.