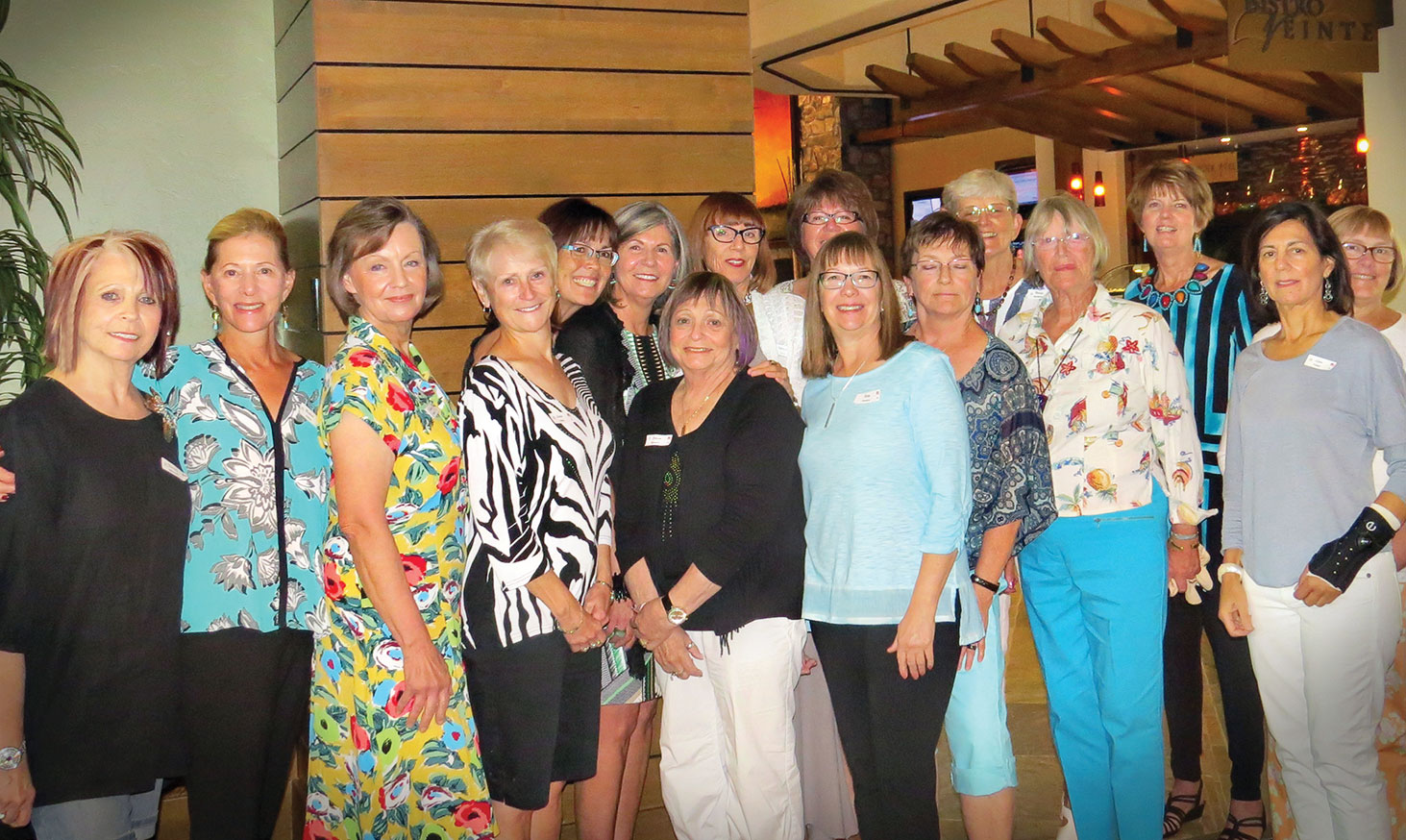 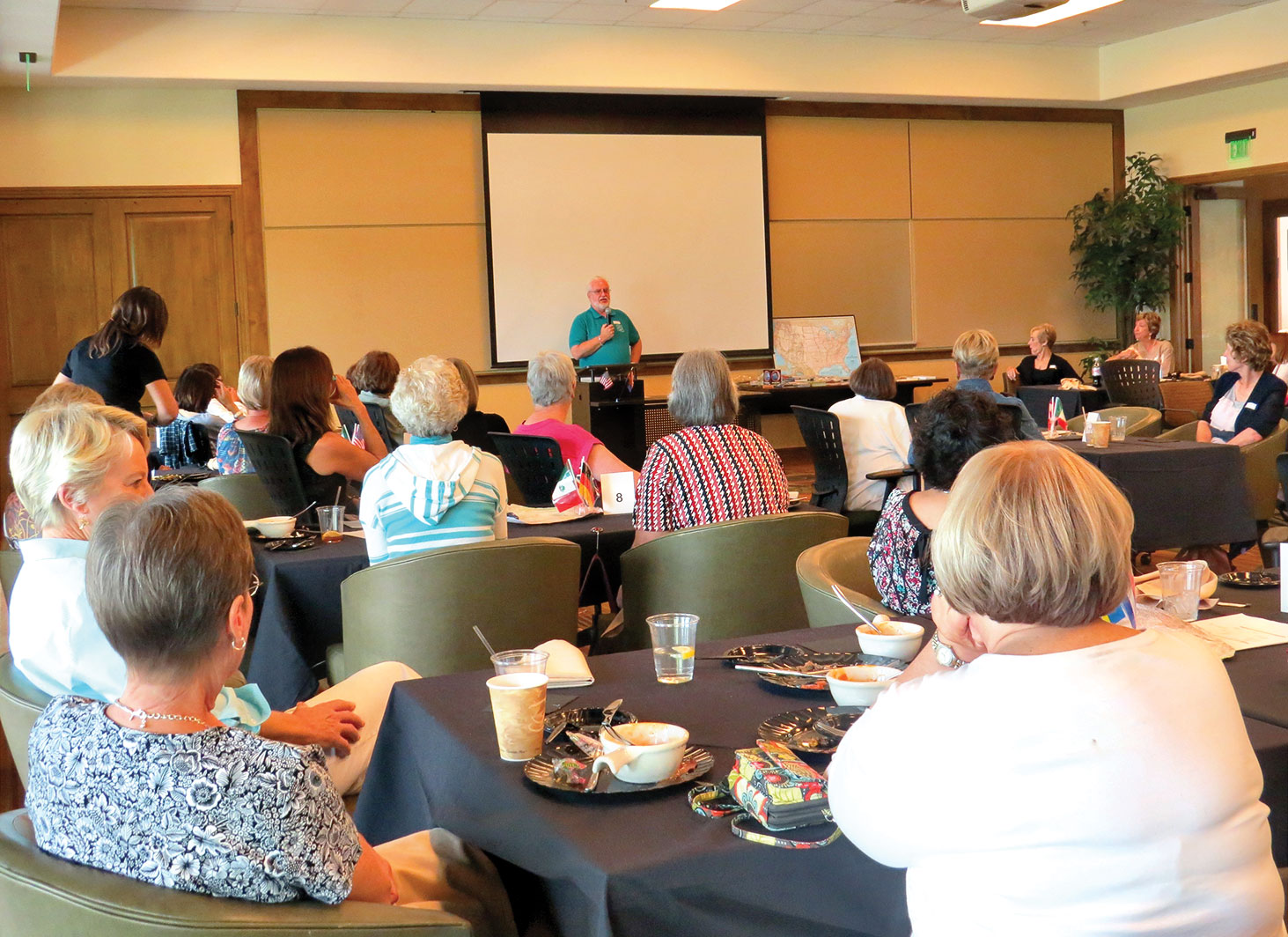 On the heels of a successful and fun-filled fashion show, the Birthday Club announced at its May 11 monthly luncheon that membership has reached a record 100! “We’re so pleased that women in our community are participating in our luncheons and shows. We have a great time, hear informative speakers, get to spend time with our neighbors and welcome folks who are new to our community,” said Nini Falconer, funder and president of the club.

The May luncheon featured a talk by Charlie Smith, owner of Tucson’s Map & Flag Center, which is located on North First Avenue in Tucson. Charlie grew up in Indiana and attended Ball State University. He taught for four years following graduation and then became a research chemist at a uranium research plant. His next career move was to become a process chemist and later a geophysical logging engineer and then an open logging engineer. After 10 years as an engineer, Charlie got a master’s degree in Geography in Arizona, which brought him to a job at Tucson’s Map & Flag Center.

The Center is the largest independently owned map and flag store in the country. It sells only American made flags. Its large inventory also includes an extensive selection of street and city maps, atlases covering the entire U.S. and most cities, foreign maps, globes, world and state flags, nautical and aeronautical charts and guide books. Charlie shared a selection of his favorite guidebooks published by Frommer, Lonely Planet, and Rick Steves, all of which are carried in his store. His wide collection of maps include those from the National Geographic Adventure series. Charlie can mount all maps on foam core, making them ready for hanging or marking those places you’ve visited or those that are on your wish list.

Tucson’s Map & Flag Center also has a wide variety of travel items including the important RFID protectors that will keep your passport and credit cards safe while you’re traveling.

The Birthday Club meets the second Monday of each month at The Hacienda Club, except for months in which it hosts a Fashion Show. For more information about the Birthday Club, contact [email protected]