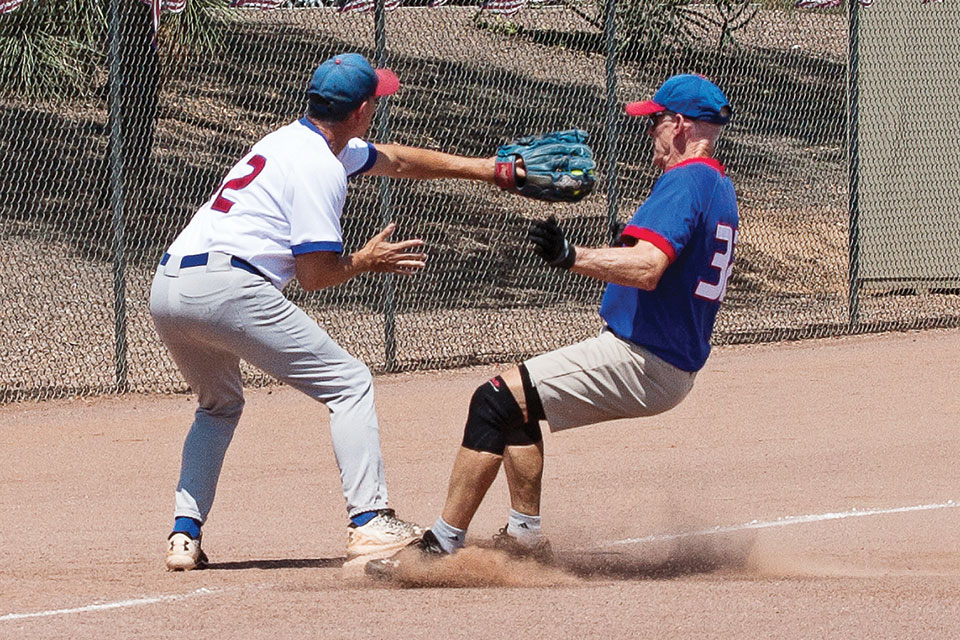 Competitive game: Harold Weinenger reaches to tag runner Don Jones as he stirs up the dust at third base. Photo by Dennis Purcell 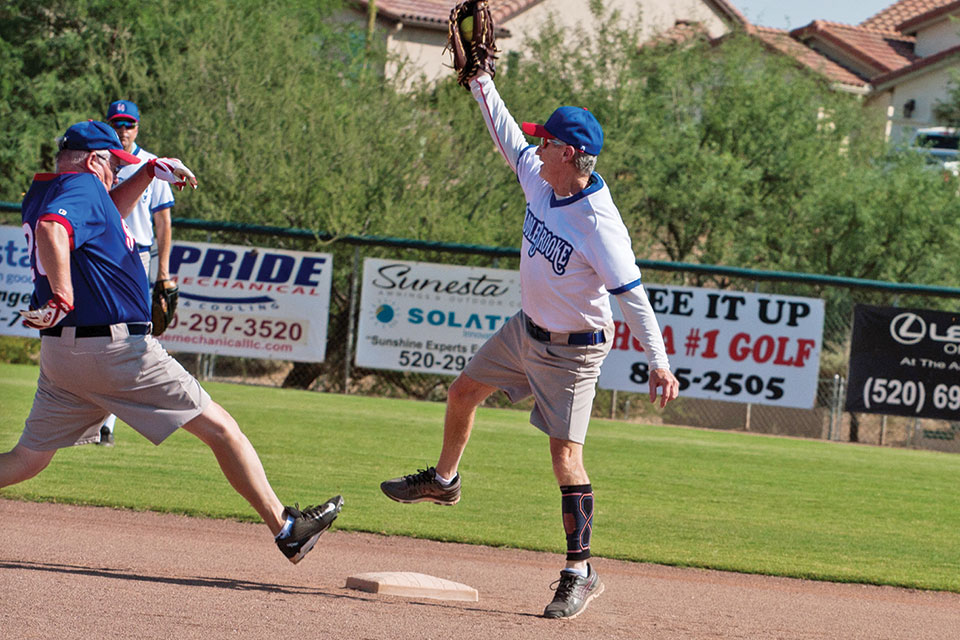 A record crowd braved the hot and humid weather to watch three (mildly) exciting softball games at the annual Labor Day Softball Tournament sponsored by the SaddleBrooke Senior Softball Association (SSSA). Dozens of volunteers helped to make this a fun day at the ballpark.

Thank you to Doug Wagers, the Window Wizard, and his team who cooked up the brats and hot dogs on his large and legendary Louisiana cooker. John Wright delighted the crowd with his announcing and play-by-play commentary. Leroy Johnson took care of the tunes between innings.

The crowd gathered early for the 9:00 a.m. Recreation League game. Shelves That Slide in blue, managed by Dale Norgard, slammed Golf Cars of Arizona, wearing white, with Tim Benjamin at the helm, for a final score of 19-7. Ouch!

Final game of the day featured the sluggers from the Competitive League. Chuck Kill wrote the lineup for Pride Mechanical, dressed in blue. Steve Garceau was in charge of the white team, Lexus of Tucson, who fell hard 18-7. Ouch once again!

You can’t beat fun at the ballpark! Mark your calendars for the next softball tournament scheduled for Veterans Day on Saturday, November 11. You won’t want to miss it.