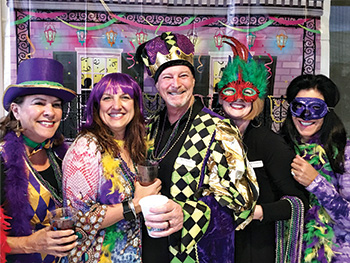 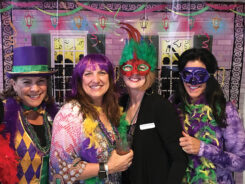 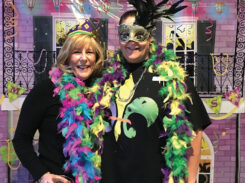 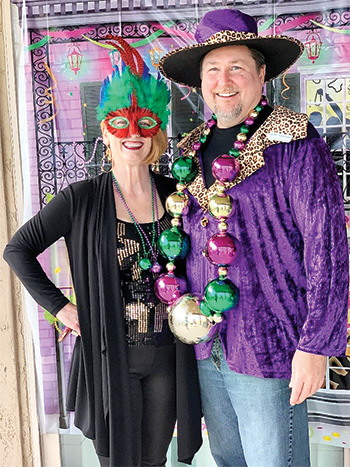 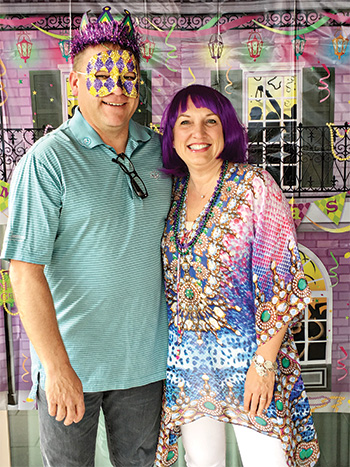 Masks, crowns, feather boas and lots of beads adorned the guests at a Mardi Gras party hosted by Jan Storey and Jon Swanson, with help from co-hosts, Amanda and John Kaminski.  Everyone arrived wearing Mardi Gras colors of green, yellow or purple and posed for pictures with the festive props provided.

King cake was served for dessert. Every king cake contains a ‘baby’, which symbolizes luck and prosperity to whomever finds it in his piece. That person is also responsible for next year’s king cake and hosting a party.

Mardi Gras is French for ‘Fat Tuesday’, the last day of Carnival to indulge in sweets before Lent begins. The celebration dates back to the late 17th century in the United States and appears to be going strong, including at SaddleBrooke Ranch.