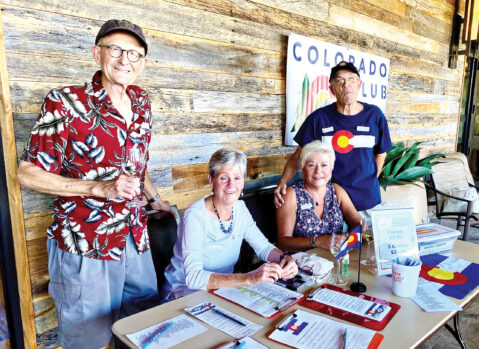 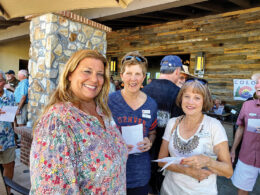 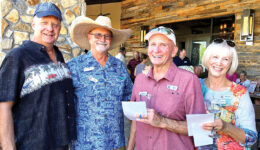 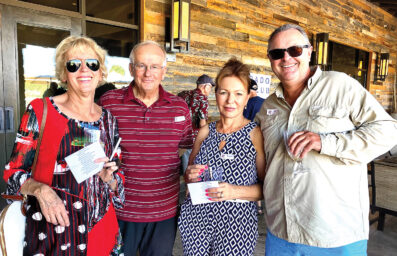 Linda and Dave Daubers and Regina and Andy Rauch 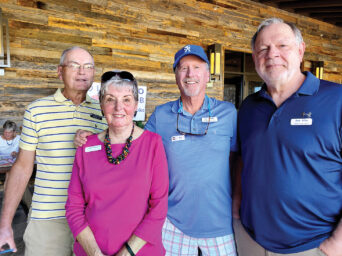 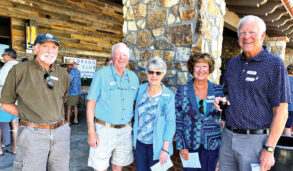 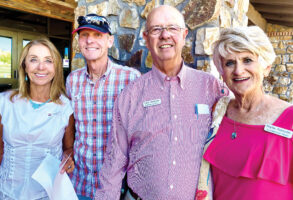 Margaret and Rick Rogers and Terry and Phyllis Pettijohn 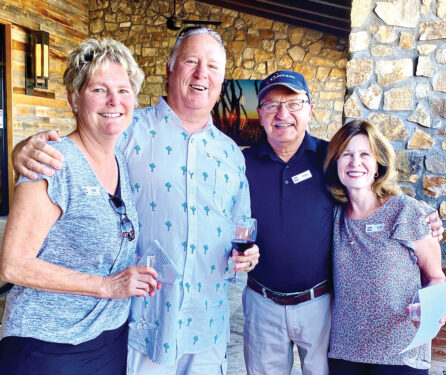 Deb and Rick Pennington with Andy and Judy Abadia 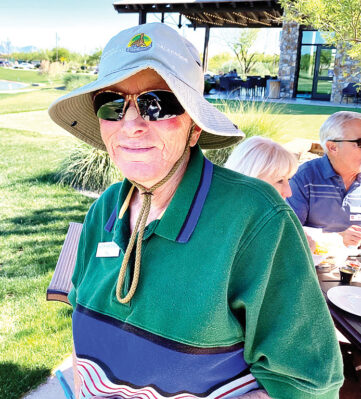 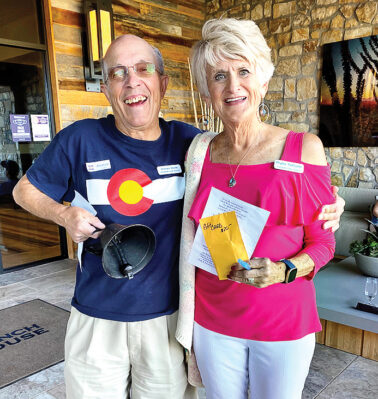 Alastair Stone awarded Phyllis Pettijohn the winner of Meeting The Most Members. 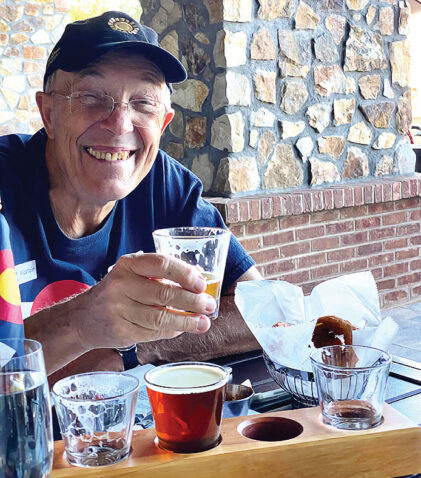 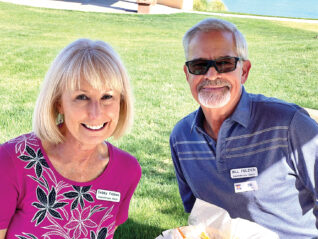 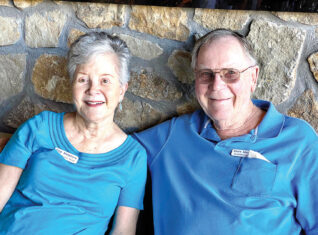 As we slowly get back to our normal routines, there are many activities still limited. Since the Colorado Club is so large, we had to split our socials into two events. The second social was held on May 23 on a warm afternoon on the SaddleBrooke Ranch (SBR) House Event Patio. The group enjoyed socializing again with friends—new residents previously living in Colorado, now living at the Ranch.

As an icebreaker, the group was given a list of attendees at the social and the challenge was to meet as many people during the social as possible. Many of the men said they were relying on their wives to keep track of those they met, but they were pushed to keep track as well since the couples split up to talk to other members. The icebreaker was a great way to mingle and chat with almost all members, and it was a fun way to get to know more residents. If you know Phyllis Pettijohn, you won’t be surprised to hear she was awarded the $20 gift card to the Ranch House Grill for being the winner of the game, Meet The Most Members. Many new residents to the Ranch stated they met more people from the Ranch in two hours than in the last 10 months since they moved to SaddleBrooke Ranch.

We enjoyed light appetizers and beverages of choice while laughing and telling stories of the last year. The waitstaff was very attentive and did an excellent job. We thank the Ranch House staff for making this a great social event.

As we did at the first social, the club held a raffle, with our winner being David Daubers. The minute he was awarded his cash, wife Linda, found a good hiding place in her wallet.

More activities are in the planning stage for the club in the coming months. If you would like to join the Colorado Club, contact Linda Shannon-Hills at [email protected]