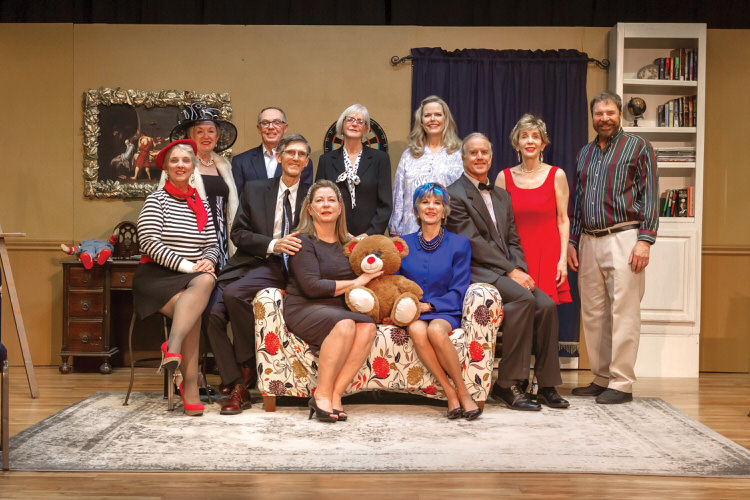 Entire cast of
“The Curious Savage” 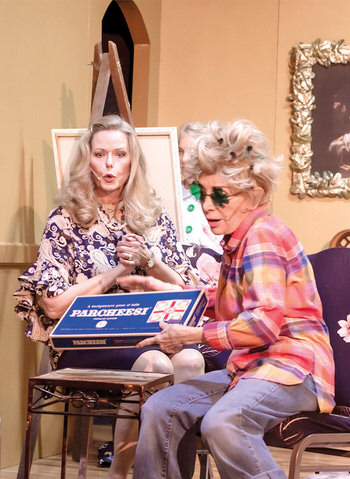 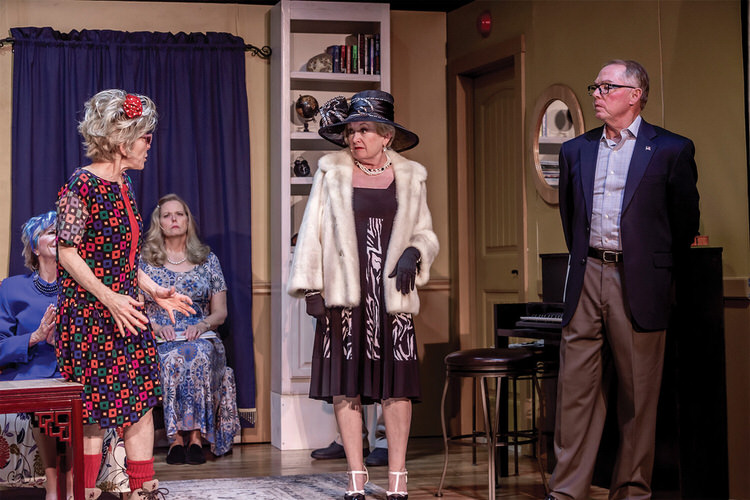 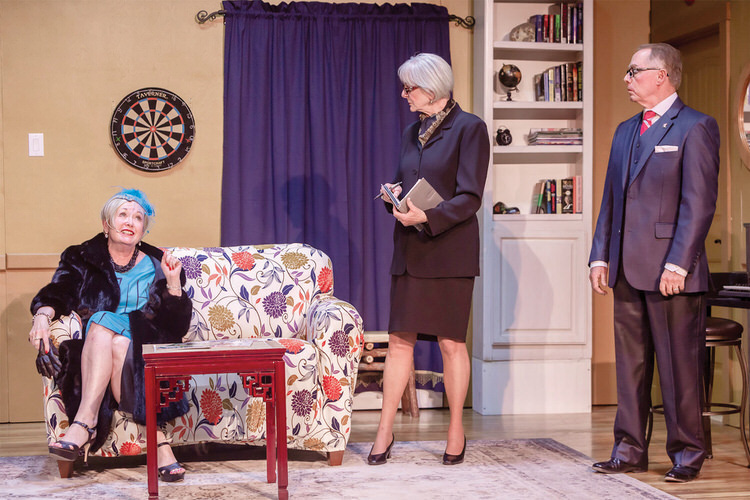 Andrea Molberg
Wasn’t that a great dinner plus theatre show! The Community Circle Players (CCP) production of the comedy “The Curious Savage,” written by award-winning playwright John Patrick of “Three Coins in a Fountain” and “High Society” fame, delighted SaddleBrooke Ranch audiences this March.
Hope you had a chance to be there to see the “normal” stepchildren of the eccentric (curious) widow Mrs. Savage commit her to a sanatorium and then witness the heart-warming support offered by the psychiatric staff and residents. CCP producer Tim Morsani promised we in the audience would both laugh a lot and get a bit misty eyed. He was right.
Who will ever forget the compulsive liar, one eyed-bear, and violin screeches? No doubt you remember them pacing along the edges of the rug, announcing “I hate everything,” and searching for financial papers.
SaddleBrooke and SaddleBrooke Ranch residents made up the cast and crew, and the play was directed by CCP co-founder Susan Sterling. CCP veteran Connie Ward played crafty and kindhearted widow Ethel Savage, and the roles of her Savage family members were filled by Jim Burke, Monica Gustafson (SBR resident), and Al Weigel. Mark Albrecht, Fran Berman, Marilyn Ginther, Patti Gregory-Burke, Carol Henry (SBR resident), Karen Moore, and Jay Schweitzer portrayed the Cloisters’ residents and staff. Lydia Strickland, also from the Ranch, was part of the makeup crew.
Here is a sample of the feedback received by SBR resident Monica Gustafson, who played the Savage stepdaughter:
“Congratulations! You were amazing. My table had loads of fun with the dinner theater format, and we hope this will be a regular opportunity for Ranchers.”
“Just wanted to tell you how much we enjoyed the play. You and the entire cast did a fabulous job, and I hope there will be more in the future! We are quite lucky to live in a community that can offer this type of entertainment! PS, your costumes were great!”