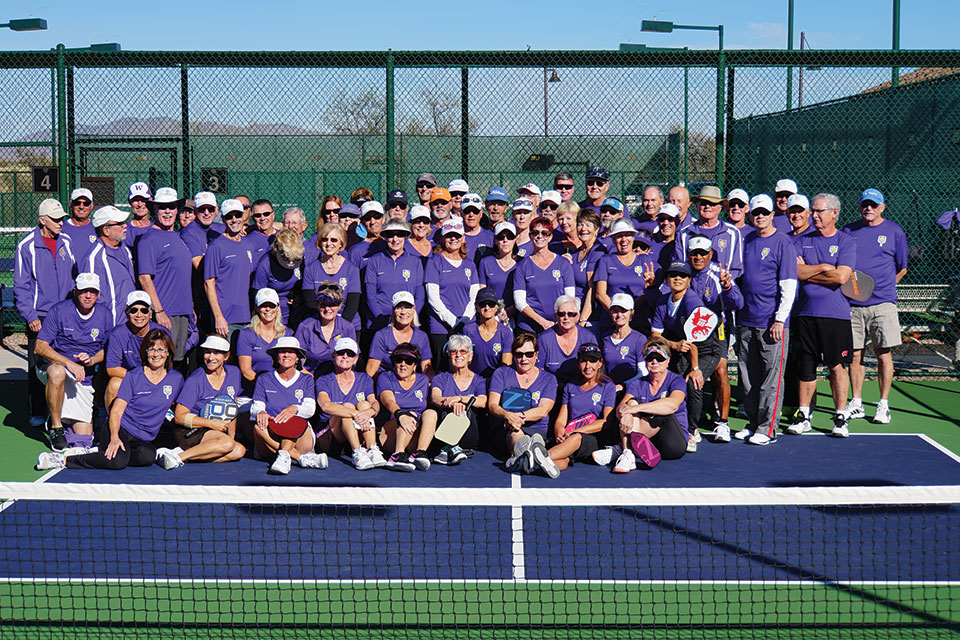 The Robson Pickleball League BBQ Banquet with SaddleBrooke Ranch on Sunday, March 19, was a great success, and the Final Tally and scores for the league were announced. The league matches were played from December through March with each community playing each of the other communities once.

On the plus side SaddleBrooke Pickleball Association had four different skill levels finish first, and SPA will receive plaques from the league that we can display. The skill levels were Women’s Doubles 2.5, 3.5 and 4.5. Our Mixed 3.5 teams also finished in first place.

Thank you to all the participants and especially the committee of Leigh Beaty, Shawne Cryderman, Jim Haakenson, Bob Kramer, Mark McKnown and Gale Evans for helping make the first Robson League a success.