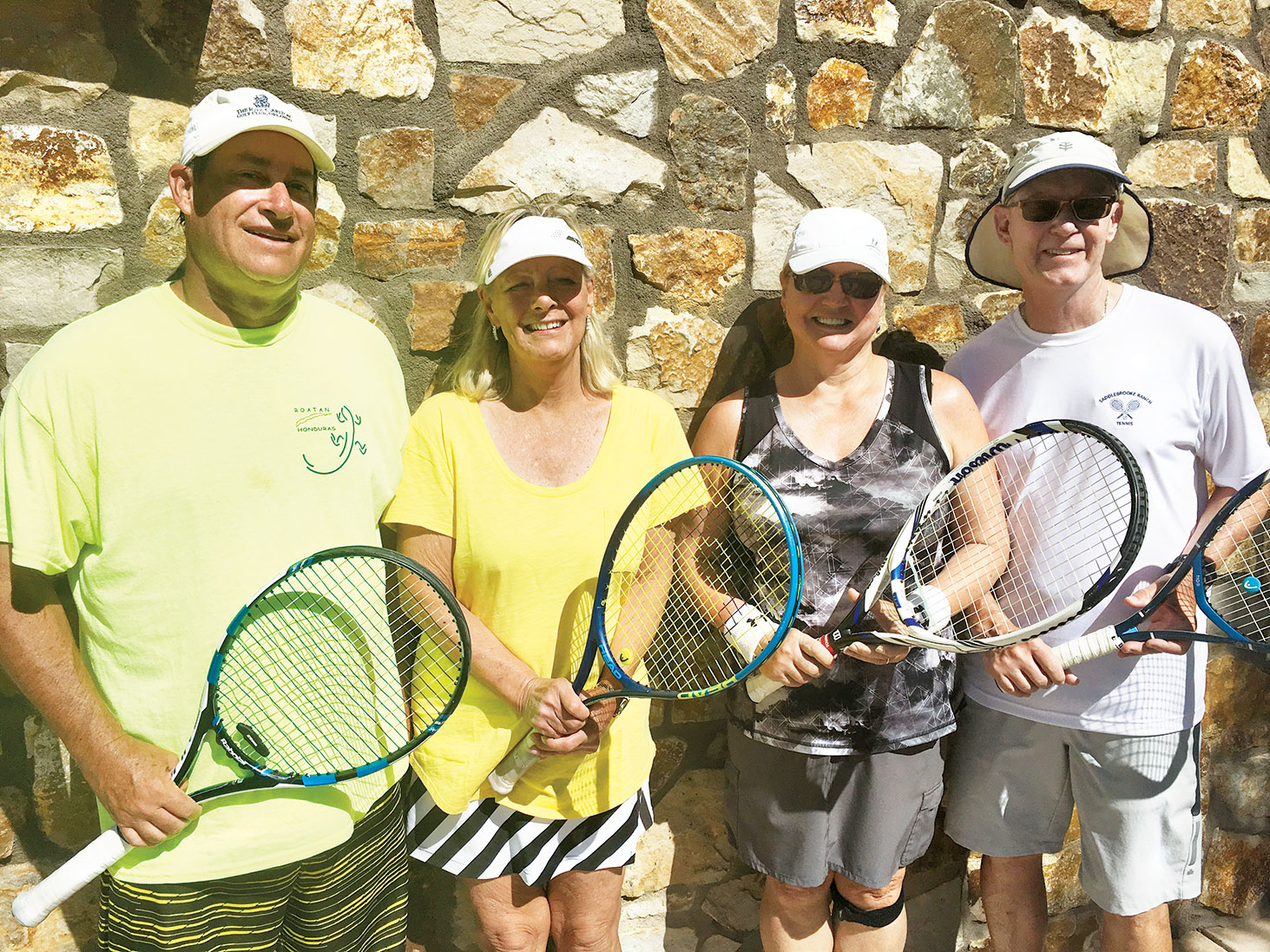 Our SaddleBrooke Ranch Tennis Association completed our Mixed Doubles Tournament in May. Nine teams were formed through random drawing. Terry Zimmerman then created the preliminary match schedules beginning late April. Scoring was based on number of sets won. Each team played approximately 140 games during the tournament. The highest scoring team was Elmer Klavetter and Susan Swanson followed by Mike Fielding and Georgine Hurst. The competition and sportsmanship made this a great success for the club! Terry says we have more tournament ideas in the works.