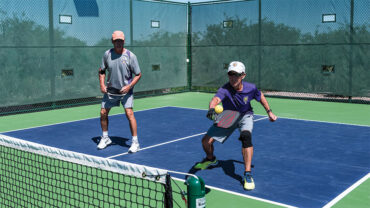 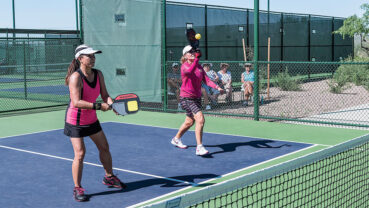 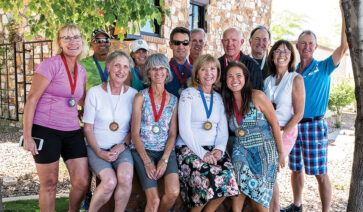 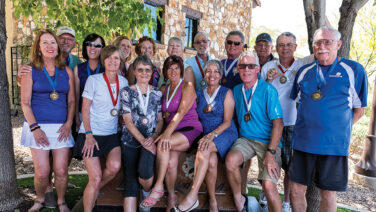 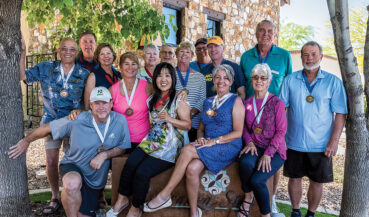 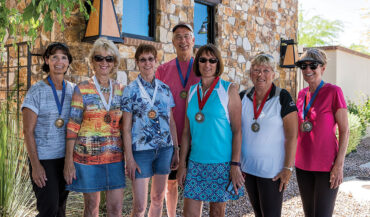 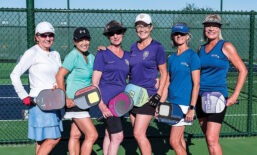 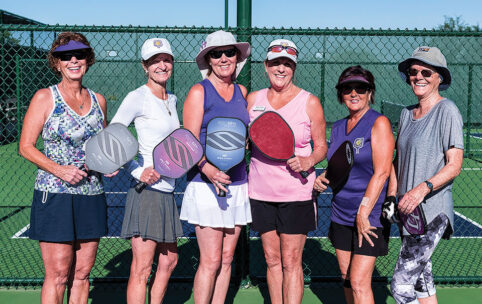 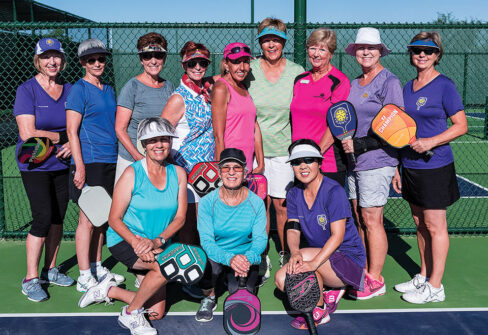 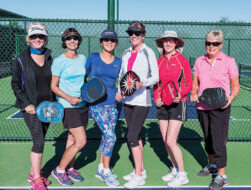 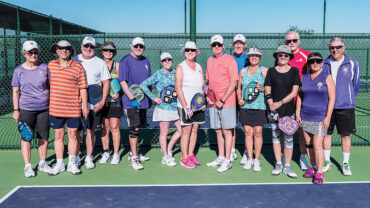 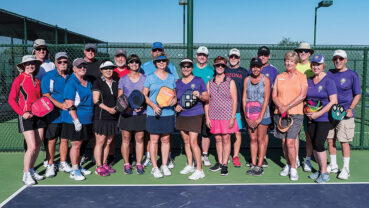 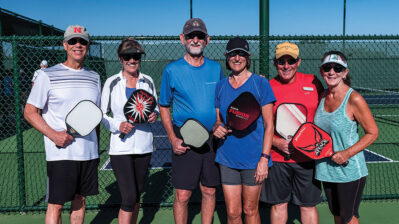 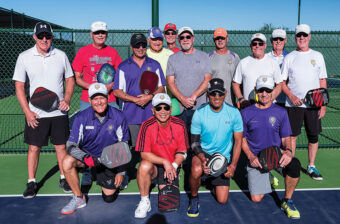 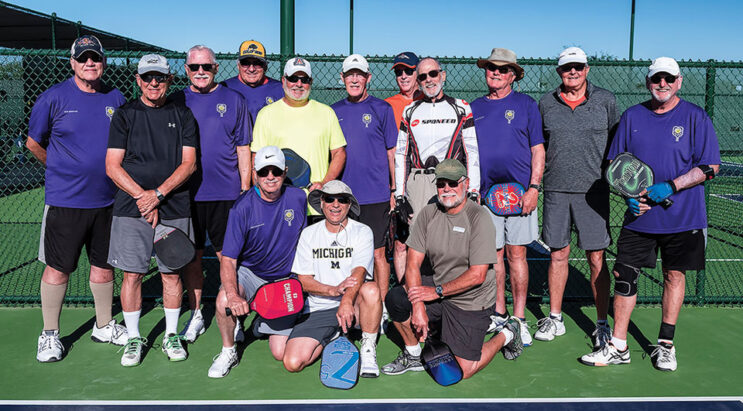 The pickleball courts were a buzzin’ with temperatures in the 70s, light breezes and 86 club members playing for medals during the fourth annual SaddleBrooke Ranch Pickleball Club Festival held April 19-22, 2017. The festival included 29 teams of Mixed Doubles, 15 teams of Women’s Doubles and 19 teams of Men’s Doubles in four ranking levels for each group: 2.0, 2.5, 3.0 and 3.5. This year’s festival was played in Round-Robin format with games to 15 points, won by one point. This allowed teams to play all other teams in their ranking bracket providing more play for each team. The final matches for the medals for each level and groupings were played on Saturday, April 22. Following the final matches a Post-Festival Party was held at La Hacienda Clubhouse with lunch, medal awards and a dance party. Lunch was prepared by the Bistro Veinte team, medals were awarded for each team winners in each group and ranking levels of Gold, Silver and Bronze.

Thanks and recognition for a successful festival needs to go to festival manager Gary Grasso with the assistance of Bob Hills organizing the Round Robin brackets, with Denis Heck running around to all the courts to capture the numerous images of the players and the medal awards; Lupe Cook taking registrations, Mary Stolze, Sally Grasso, Lorraine Smith and Sue Engebretson and committee organizing the oranges and bananas for the players; fresh balls each day along with other equipment requirements organized by Larry Burchfield and Ernie Wolf, Steve Phillips for organizing referees for the medal matches, and marketing by Janis Duwe. Gary’s great organization and strong committee leads along with over 27 volunteers helping out made the festival a great success. But we can’t forget the most important element of the festival was the 86 players. Their hard work to prepare, their great sportsmanship on the courts and off, staying hydrated and nourished during play as well as playing safe during the festival contributed to having a fun time together.

The Pickleball Club also thanks the spectators cheering on the teams, the SaddleBrooke Ranch HOA for assisting the club with set-up logistics and celebration lunch, Steve Phillips providing his DJ services to the event for the Post Festival Dance Party, and for Golder Ranch Firemen for coming out to the festival and providing medical support if needed (glad they were not needed as we had NO injuries occurring during this year’s festival).

It was a fun week, enjoyed by all.