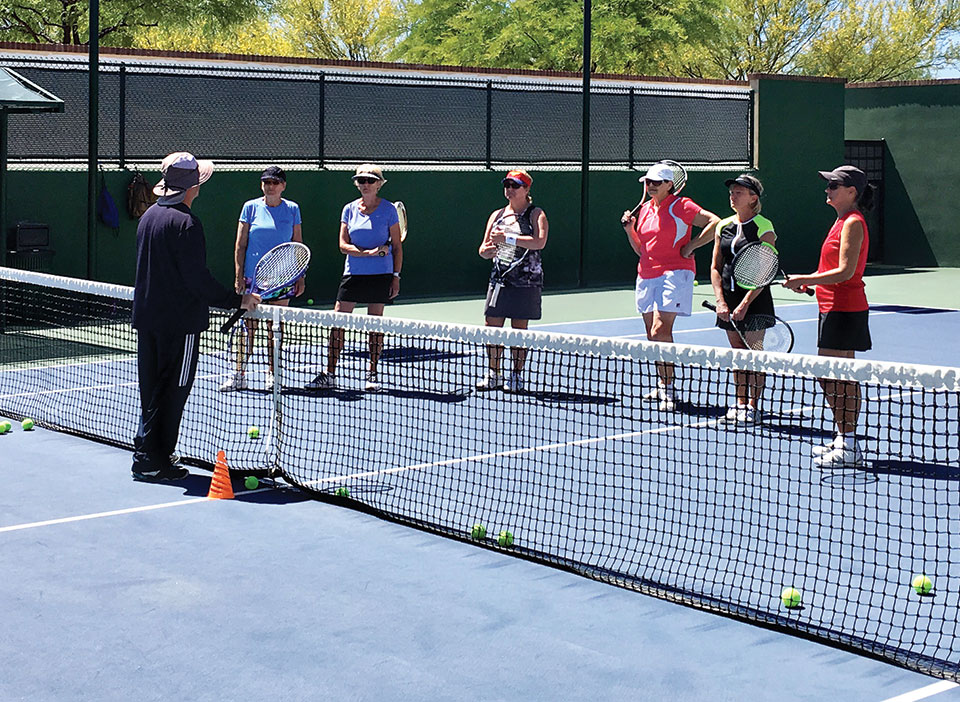 The tennis clinic was held in May.

The second tennis clinic for SBRTA members titled “Tennis Technique and Drills” was held on May 16 and May 17 at the Grand Stand tennis courts. Twenty-eight members were in attendance. The clinic was led by pro tennis player Chris Madsen. There were two one-and-a-half-hour sessions each day. The first day included all men while the second day included the ladies. Each session was also broken down based on players’ ranking to ensure the lesson would match the skill levels. Several concepts were presented from hand/eye coordination to ball location skills as well as the mental game. Many members indicated that there were many fundamental skills presented that they never thought of, which will definitely help their game. There were many positive comments about the clinic. As a result of the enthusiasm following the clinic there will be future development clinics established soon. With the addition of the two new courts in June we hope to start the tennis ball bouncing forward for future clinics.

Weekly organized SBRTA play is scheduled for men, women and mixed doubles. For more information about joining SBRTA or instructions on how to sign-up online for group play, go to saddlebrookeranch.org/tennis.

Let’s fill up those four courts!