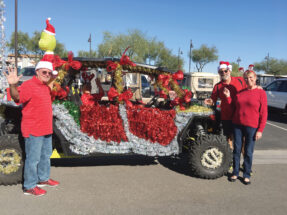 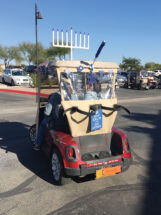 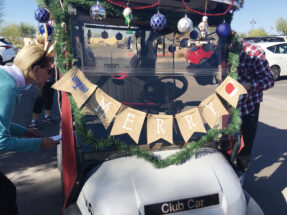 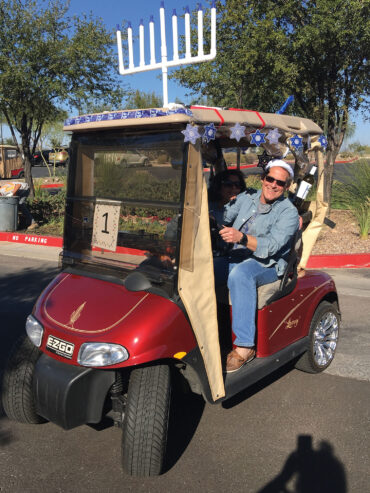 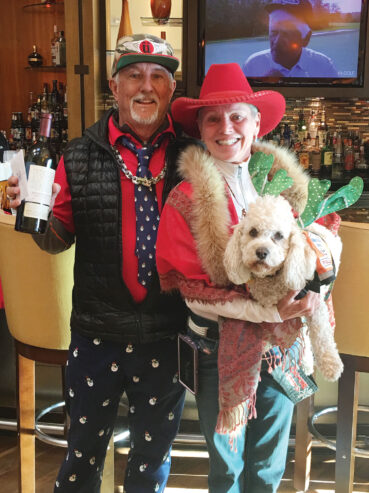 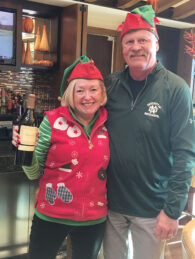 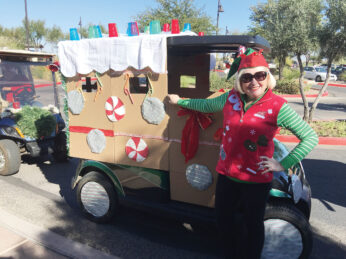 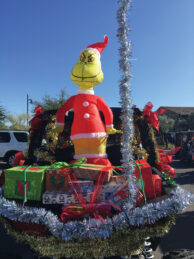 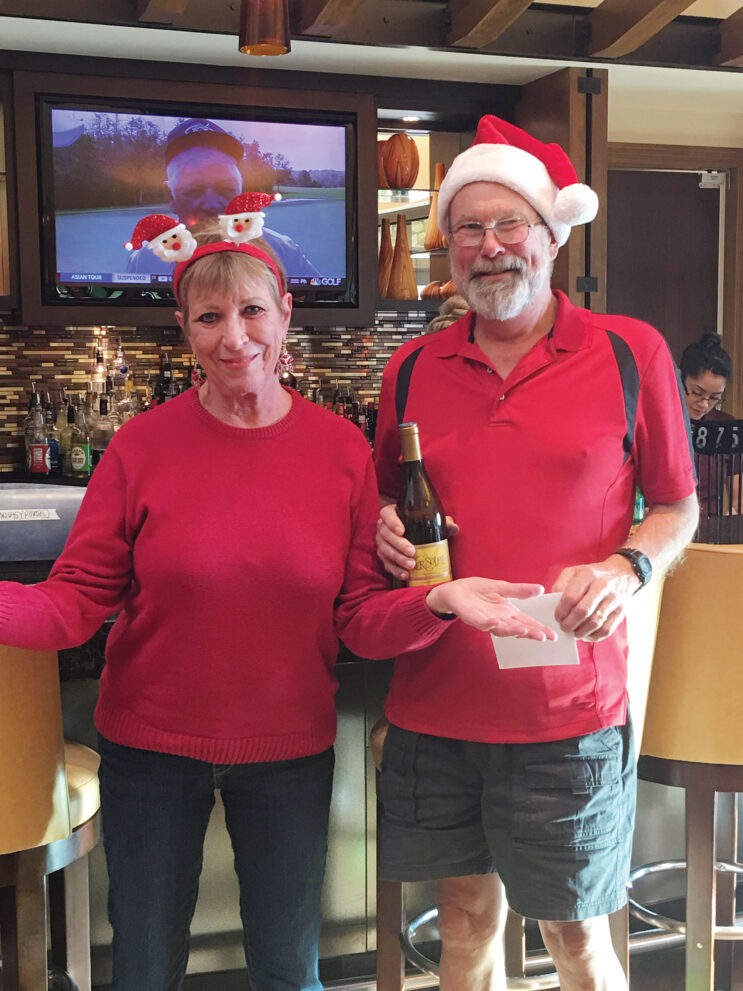 Neighbors at SaddleBrooke Ranch were cheering on the 13 entries in the Holiday Parade (including one ATV, many electric carts and even riders on bicycles, all decorated for the Hanukkah and Christmas holidays) as they paraded around the neighborhood on Friday, December 15. With little time to prepare, there were many cleverly decorated carts. We had a Santa sleigh, snow-covered carts bringing home their holiday tree, a ginger bread house with Santa, an ATV colorfully decorated with the Grinch along for the ride, plus many other clever decorations. The participants met at La Hacienda Clubhouse to receive their number for their cart used for the judging. At 2:00 p.m., the parade left La Hacienda Clubhouse, led by parade marshal and HOA manager Tim Fudge, who was accompanied by assistant manager Danielle Herbert and Alex Baker. The parade headed past the Sales Office and models towards the Villas, our most eastern unit of SaddleBrooke Ranch. The weather was perfect for the parade participants as they toured several streets around the neighborhood for the next hour before returning to the clubhouse. Residents along the route and at the clubhouse voted on the top three holiday-decorated carts.

The winners of the 2017 Holiday Parade:

* First place – Brad and Elaine Brown with their ATV – presented with a $50 Bistro Gift Card and a bottle of wine.

* Third place – Tom and Kelly Reuter with their electric bicycles and dog River – presented with a $25 Bistro Gift Card and a bottle of wine.