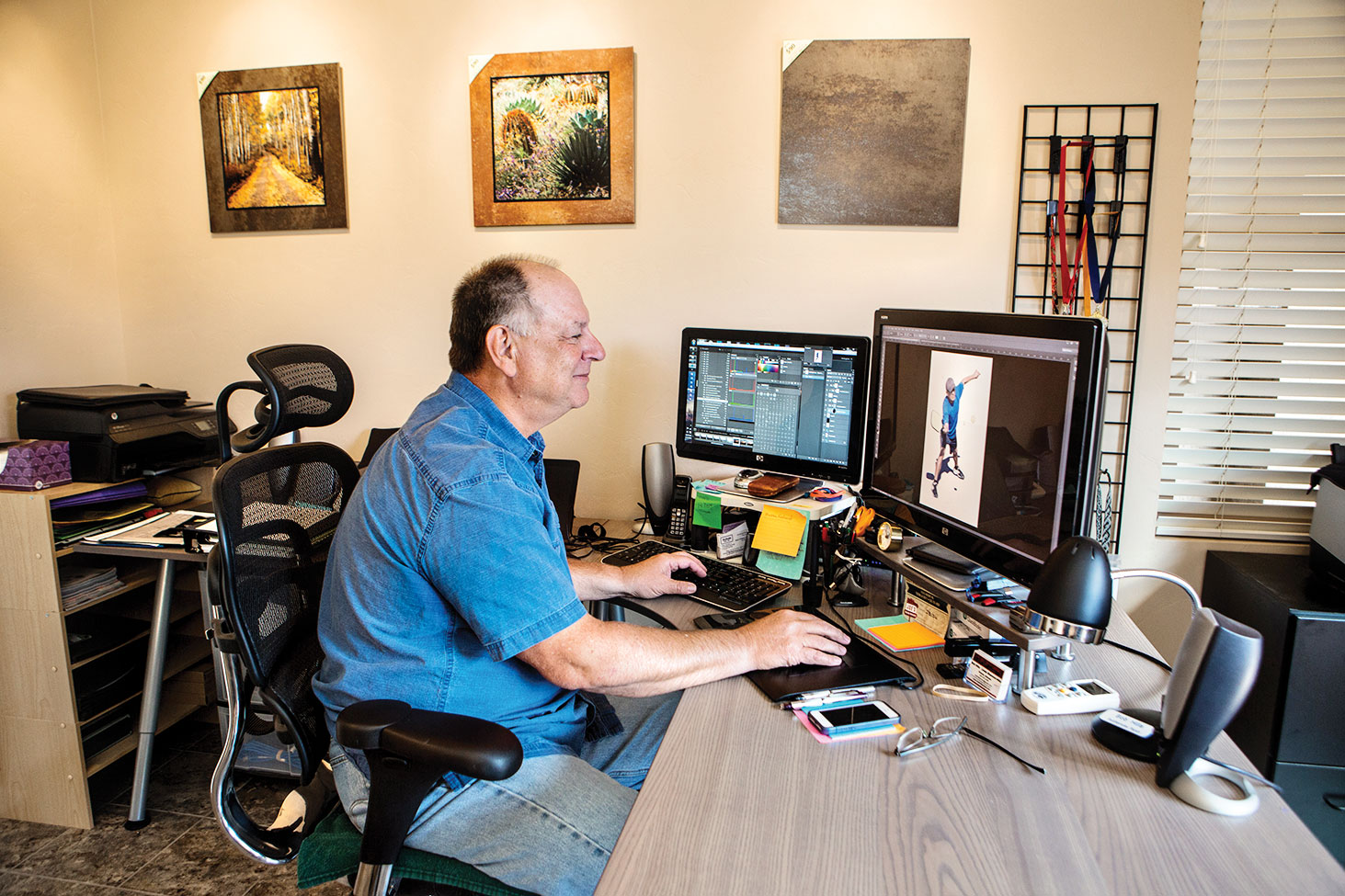 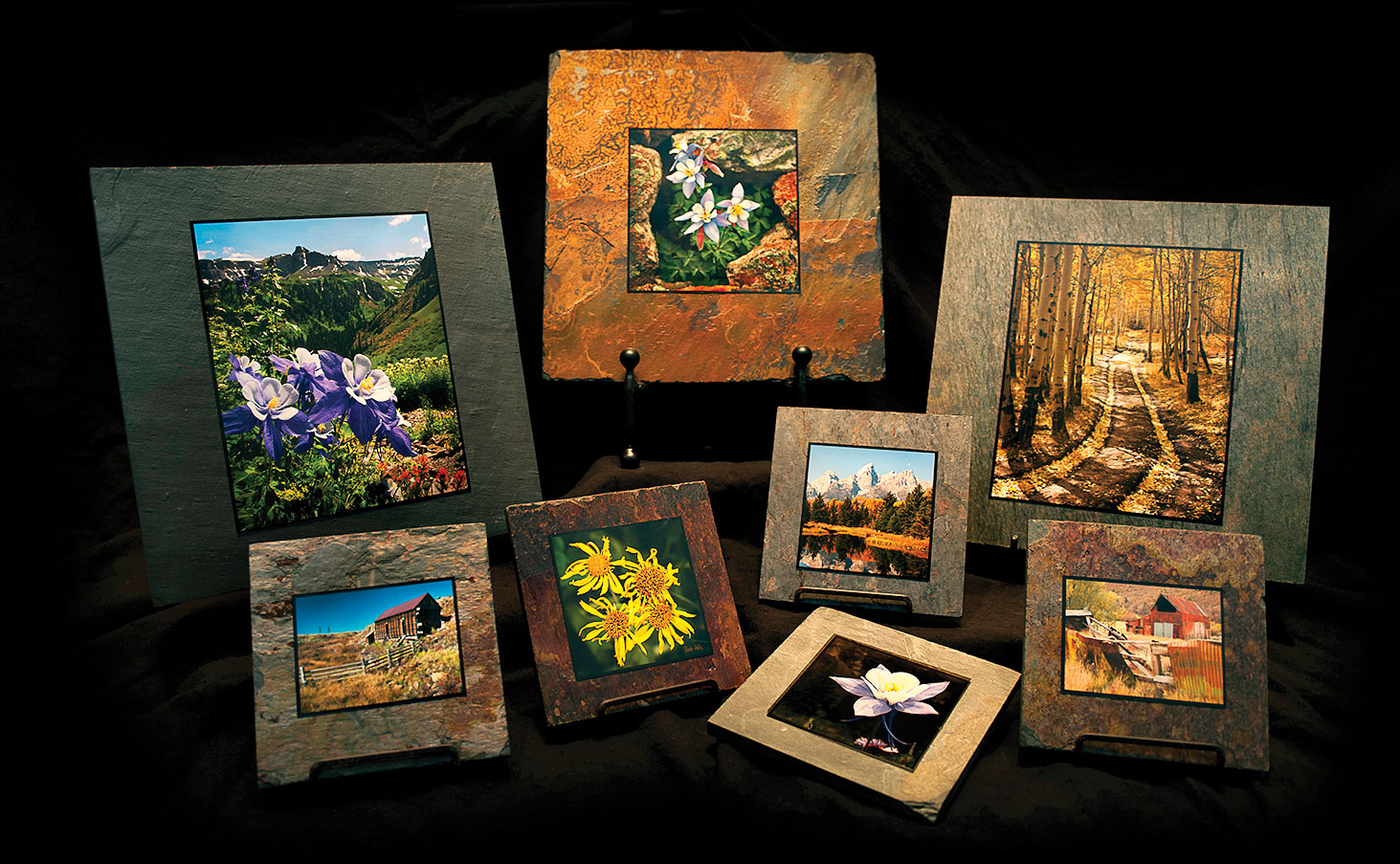 There are many artists at SaddleBrooke Ranch. The story of Bob Hills morphing into an accomplished fine art photographer is very interesting. Bob spent his entire professional career as an executive in high technology. High tech executives with an electrical engineering background are trained to follow formulas and regulations. But his change from a hard working executive with hard and fast rules to a creative and patient fine art photographer occurred over his entire life and was a result of many factors.

As with all of us, Bob’s life story begins with genetics. His father and mother were artistic, and Bob recalls that his father had a 3D stereo camera. In spite of his artistic genetic background, his interest in photography was basically non-existent being more interested in sports and learning a profession.

Bob’s introduction to photography was where else but at Kodak. For his first job after college he was responsible for the design of computer control systems for aerial film processors and printers. Although his job did not require photography experience, Bob took advantage of Kodak’s employee courses on photography and cameras. Also Bob took advanced optics courses because of the importance to his job. It was during these courses that Bob’s interest in photography really began. At that time he remembers enjoying just taking family pictures.

His next job was at Hewlett Packard where five of his 21 years were spent on assignment in Europe. Once again his job was unrelated to photography as a marketing manager for computer aided design software, but it was Europe that raised his interest in travel photography. To decompress from his work during the week, he and his wife often travelled on weekends where he would take many photographs. Not only did Europe’s wonderful scenery add to his interest in photography but also his wife, who was and still is a good photographer in her own right, had a single lens reflex. After using her camera and realizing that an even better camera could allow him to take higher quality images, he decided to purchase his first quality film camera. Bob was taking so many great pictures that he decided to choose only two of the hundreds of pictures taken from each trip, print them, and place them on the walls of his house. Bob has looked at these early photos, all of which are no longer on his walls, and realized that his technical camera skills were not very good at that time. For example, he did not worry about depth of field and probably had his camera on auto. But he did like the composition.

In 1996 Bob was introduced to digital photography with the use of an early version of the Adobe Photoshop editing program. Initially he scanned in photographs and edited them digitally. He realized that many print characteristics could be easily controlled in Photoshop where normally that control on film could only be accomplished in a lab with much expensive equipment. His enjoyment of digital photography was so great that when he left Hewlett Packard his colleagues assisted him in the purchase of his first digital camera.

Finally in 2006 he retired, bought a newer and better digital camera, bought a recreational vehicle and travelled throughout the western United States and Canada. At this point in his life his interest in photography flourished. During his travels his style and technique developed to such a level that he decided to share his pictures with others. He then built a portfolio and set up a website to display the art. Initially his work included the landscaping and wild life that he saw during his travels in North America. But he has broadened his horizons to include cityscapes, automobiles and athletes in action. He also found enjoyment in editing the pictures he had taken. He admitted that he once invested more than 20 hours editing just one photograph.

Now that he lives at SaddleBrooke Ranch he feels he has more time to be a student of photography. That means that he is experimenting with different subject matter and different technical and processing techniques. Although he is still busy with athletics he has more time to take photographs. He recalls many times that he has waited until the clouds and sun moved to just the right position to enable him to capture exactly what he saw in his mind. He also said that he once waited over three and one-half hours to get just the correct position of a bird that was flying away and returning to her nest feeding her young. He will study the habits and cycles of the animals he photographs before going out to photograph. That will insure that he is in the right place at the right time to capture what he wants with the proper lighting.

Most recently he has expanded into stock photography. Stock photographs are those used to fulfill the needs of creative assignments without hiring a photographer. Most stock images are searchable in online databases and can be purchased and delivered on line. Taking stock photographs has allowed Bob to further experiment with photography and editing techniques both in and out of his casita studio while not having to satisfy any time deadlines.

Bob admits that his selection of his home with a casita has provided him some additional sanctuary to take his photographs and to complete his post processing edits without disturbing his wife. He has been able to set up a studio, which gives him the ability to set up a shoot for a stock photographs and allow it to remain without being in the way during his social entertaining. In short, his casita has been dedicated to his photography.

So Bob’s life has been transformed from a hard working high tech executive into a free thinking creative photographer. This transformation has been impacted by heredity, Europe, his wife, his colleagues, retirement, the Arizona sun and his SaddleBrooke Ranch casita. To view more of his art, Bob invites you to visit his website at www.bobhillsphoto.com or follow him at www.facebook.com/bobhillsphoto.