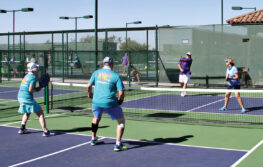 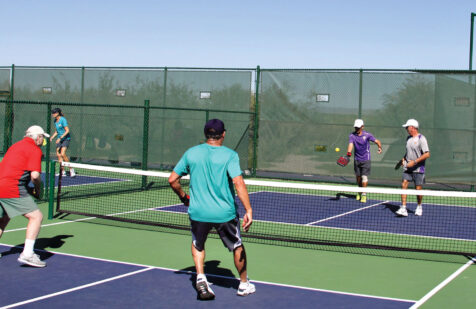 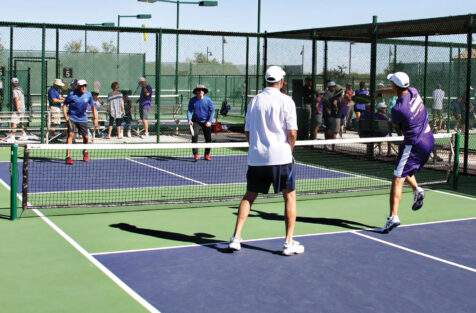 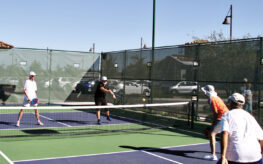 SaddleBrooke Ranch Pickleball Association hosted the first annual Pickleball Fall Invitational with Quail Creek Pickleball Club on October 25, 2017. The day was beautiful, and all courts were filled with enthusiastic players from both clubs. The format for play was round robin, engaging players with skill levels 2.5, 3.0 and 3.5 with teams of men, women and mixed doubles.

We had 67 players participate with 19 playing in multiple events. Our morning started with 12 Men’s Doubles teams and 14 Women’s Doubles teams and in the afternoon we had 17 Mixed Double’s teams. Their hard work to prepare and great sportsmanship contributed to a successful event of social and competitive play.

Special thanks and recognition for .ery successful invitational goes to Gary Grasso for organizing the event. We would like to thank those that assisted Gary in helping make our first invitational a huge success: Sally Grasso and Susan Engebretson for having snacks available for all players; Sally Grasso, Melanie Ritson, Gwen Sobel, Bob Kramer, Mike Nicholson, Craig McHugh and Steve Dumas for moving from court to court to collect score cards and ensure all scores were recorded; and Keith Sturdivant running around to all courts to capture hundreds of pictures of all teams during play.

Competition between the two clubs was close and competitive; Quail Creek was successful in winning the Robson “Brick” for 2017 with 32 total win.s. 31 total wins for SaddleBrooke Ranch for matches between each team from each club against each other.

If you are not part of the SaddleBrooke Ranch Pickleball Association and would like more information or to become a member, please visit our website http://www.sbrpickleball.club. If you are not a member you are missing out on these great events.