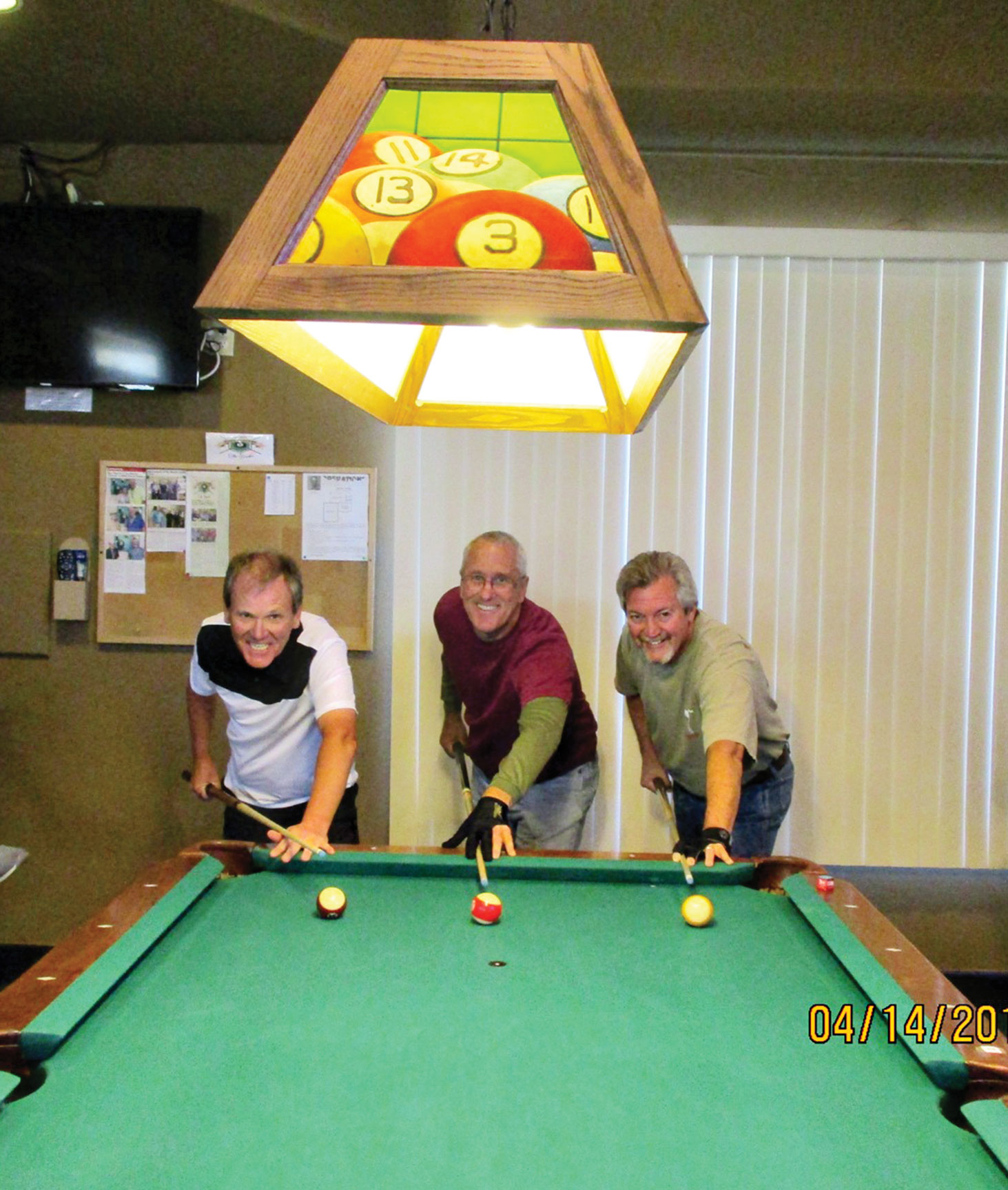 Jim “RocketMan” Donat’s path to victory was as follows: He beat Joe Giammarino, Terry Sterling, Tom Barrett, Karl Knight and Dominic Borland in succession, a perfect day on the table! Jim’s prowess on the pool table is starting to pay off for him to the detriment of his opponents.

The day started with nine of the 16 participants meeting at the RoadRunner Grill for an early lunch. The 8-Ball Singles tournament started at 1:00 p.m. and lasted two and a half hours with 29 games of 8-Ball being played. We competed and met some new friends that shared our passion. That is a good day! Rack ’em up!

The Pool Players of the Brooke want to extend a big thank you to all our participants and our sponsor. On a special note we had two brave PPB ladies jump into the fray to compete against 13 men; nice job Nancy Barrett and Julie Ferguson. Nancy Barrett chalked up her first win in a singles tournament!