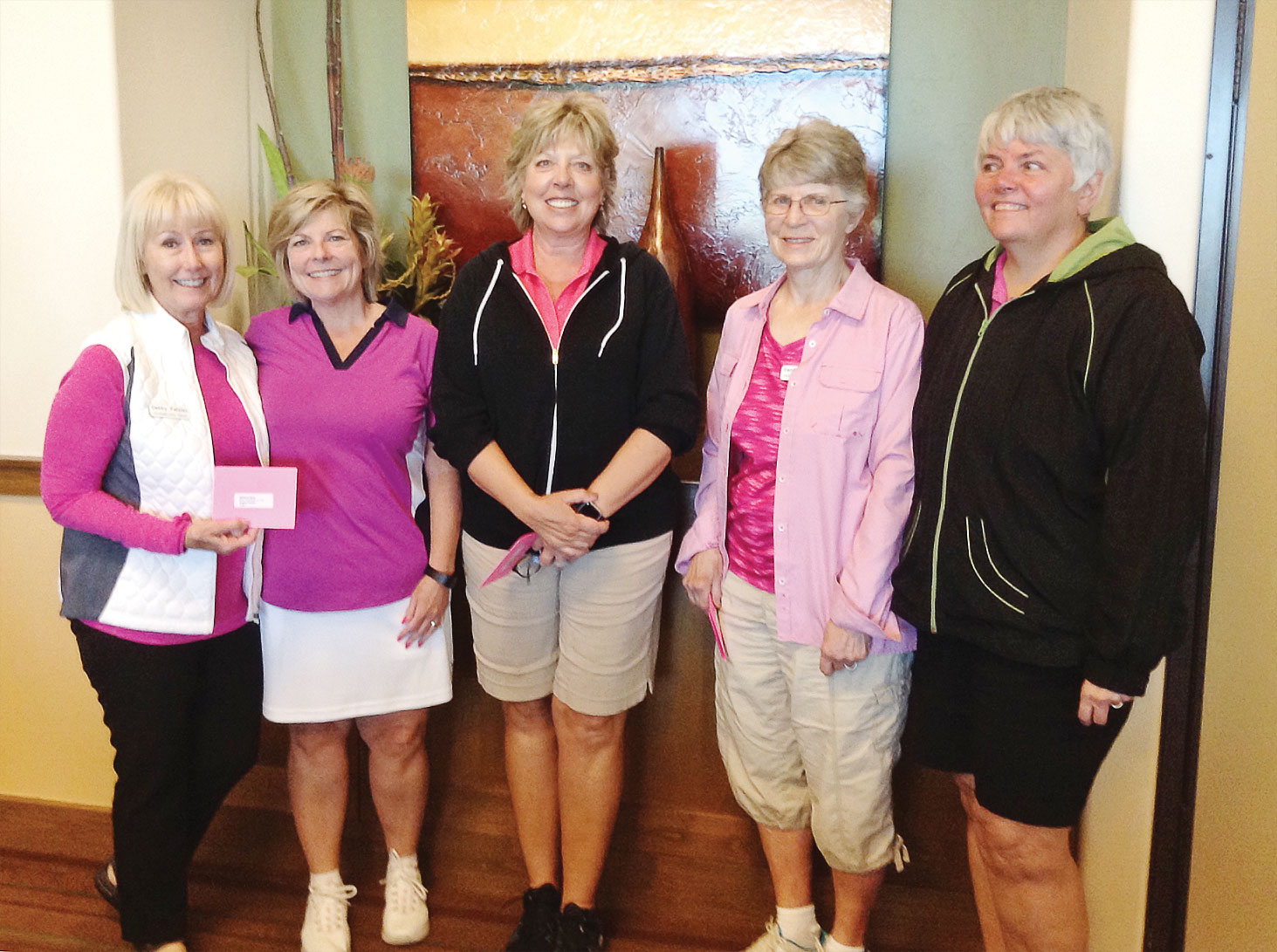 The Ranchette Putters were able to meet only three times in the month of March. A sleet storm on the second Wednesday caused a cancellation of that week’s putting event. Otherwise, March provided many opportunities to put on and take off multiple layers of clothing.

Each month the club recognizes putters with the third, second and lowest averages. Prizes are also given to members who sink a shot with one stroke six or more times.

SBR Ranchette Putters is pleased to announce the March award winners. Sandy Getter and Jacque Hendricks tied for the third lowest average with a score of 38.333. Ann Engraff took second place with an average of 37.000. An outstanding putting performance by Ardie Rossi put her on top with an average of 35.667.

Ranchette Putters is proud of our March winners and invites all female residents of SBR to join us for a fun weekly event. Check out our bulletin board by the Pro Shop for more information or contact Cindy Watkins at [email protected]