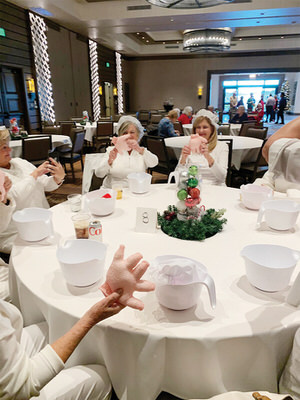 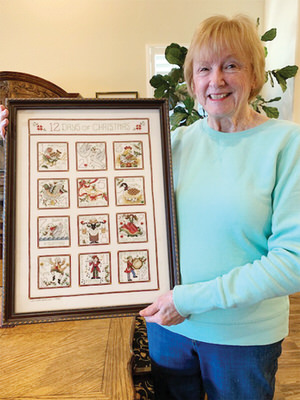 “Eight maids a milking” was not only featured by Nancy Hugus’ ladies during SaddleBrooke Ranch’s carol singing in December, it is also an integral part of Loretta Johnson’s beautiful piece of needlework! Thank you to both!