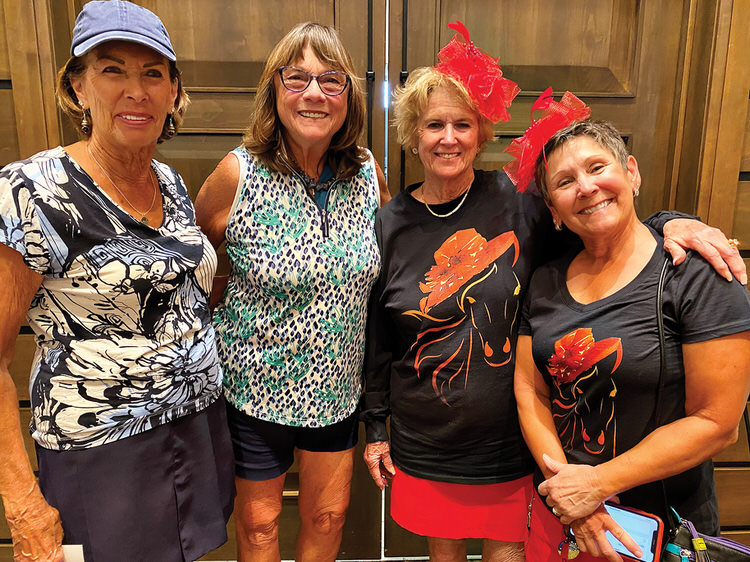 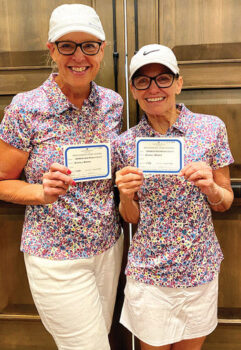 Guests came from near and far to compete in the event, which included one best net ball on the front nine, and the odd holes on the back nine. Two best nets were needed for the even-numbered holes on the back.

The players were divided into six flights with cash prizes being awarded to the top three finishers in each flight.

The winners in the Appaloosa Flight were Alexandra and Diane Cain, Jean Cheszek and Cathy Quesnell, and Janice Mihora and Shelby Jackson. The Arabian Flight winners were Judy Callahan and Diane Terrell, Marge Rodgers and Cathy Morrow, and Lorraine Smith and Jenna Ridgeway.

In the Paint Flight, Debbie Ferguson and Diane Stein, Deb Lawson and Jacque Twitty, and Debbie Shelton and Connie Simonds were the winners. In the Tennessee Walker Flight it was Cheri Alfrey and Marlyce Myka, Marnie Binney and Nancy Hugus, and Linda Sherfy and Lisa Brown who came out on top.

The winners in the Andalusian Flight were Stephanie Gaskill and Cheryl Reddy, Carol Sacks and Joyce Watt, and Sue Wells and Joanne Foster. In the Mustang flight, Mindy Hawkins and Karen Cummings, Connie Rocereto and Susan Pharris, and Jennifer Valverde and Hulett were the winners.

Coming out of the Mustang Flight as the overall winners was the team of Beth Chamberlin and Susan Amico. They posted a 17 under par score to win the day!