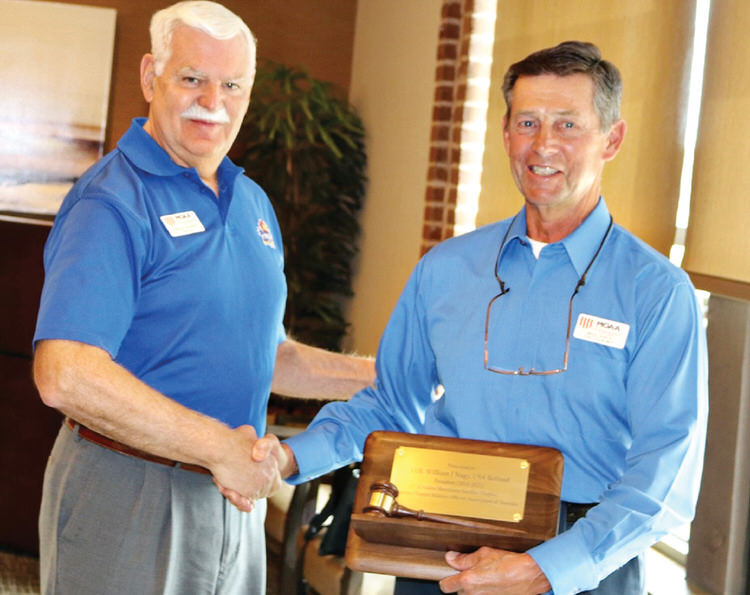 Bill Nagy was born in Bridgeport, Conn. He attended the University of Connecticut and participated in the Army Reserve Officers’ Training Corps. Following commissioning in 1966, COL Nagy attended Quartermaster Officer School in Ft. Lee, Va. From there, he was ordered to St. Louis, Mo., where his work concentrated on the Army’s procurement of heavy construction equipment.

Bill returned to Vietnam in February 1971, with the 101st Airborne Division located at Camp Eagle in Phu Bai, central Vietnam. Following his one-year tour, he was assigned to Fort Lee, Va. In January 1973, COL Nagy was assigned to the 8th Infantry Division headquartered in Bad Kreuznach, Germany, where he spent the next four years.

COL Nagy became involved in the U.S. Army’s major reduction in force of its active-duty components, which took place in October 1976. Bill took a civil service position with the Department of Defense, while remaining active with the Army Reserve. In 1982 Bill was promoted to Major as he continued his reserve service with the 163rd U.S. Army Reserve School located in Bronx, N.Y. COL Nagy was promoted to Lieutenant Colonel in 1987.

In November 1990, COL Nagy’s current reserve unit, the 301st Area Support Group, was called to active duty. COL Nagy arrived in Riyadh, Saudi Arabia, in December 1990, to begin his 8-month deployment in support of the Gulf War. In April 1992, COL Nagy was promoted to full Colonel.

In 2013 COL Nagy and his wife, Leslie, retired and moved to SaddleBrooke. In the later part of 2014, the Tucson Chapter of MOAA established a satellite chapter in SaddleBrooke. Bill was among the initial members.

As noted above, in January 2019, COL Nagy was elected president of the Catalina Mountains Satellite Chapter. The COVID-19 pandemic made maintaining the vitality of the organization a significant challenge. Following the normal 2020 summer hiatus, a new meeting venue had to be found. Regular monthly meetings reconvened in October 2020, at the SaddleBrooke HOA One Tennis Center. Meetings continued there through March of 2021.