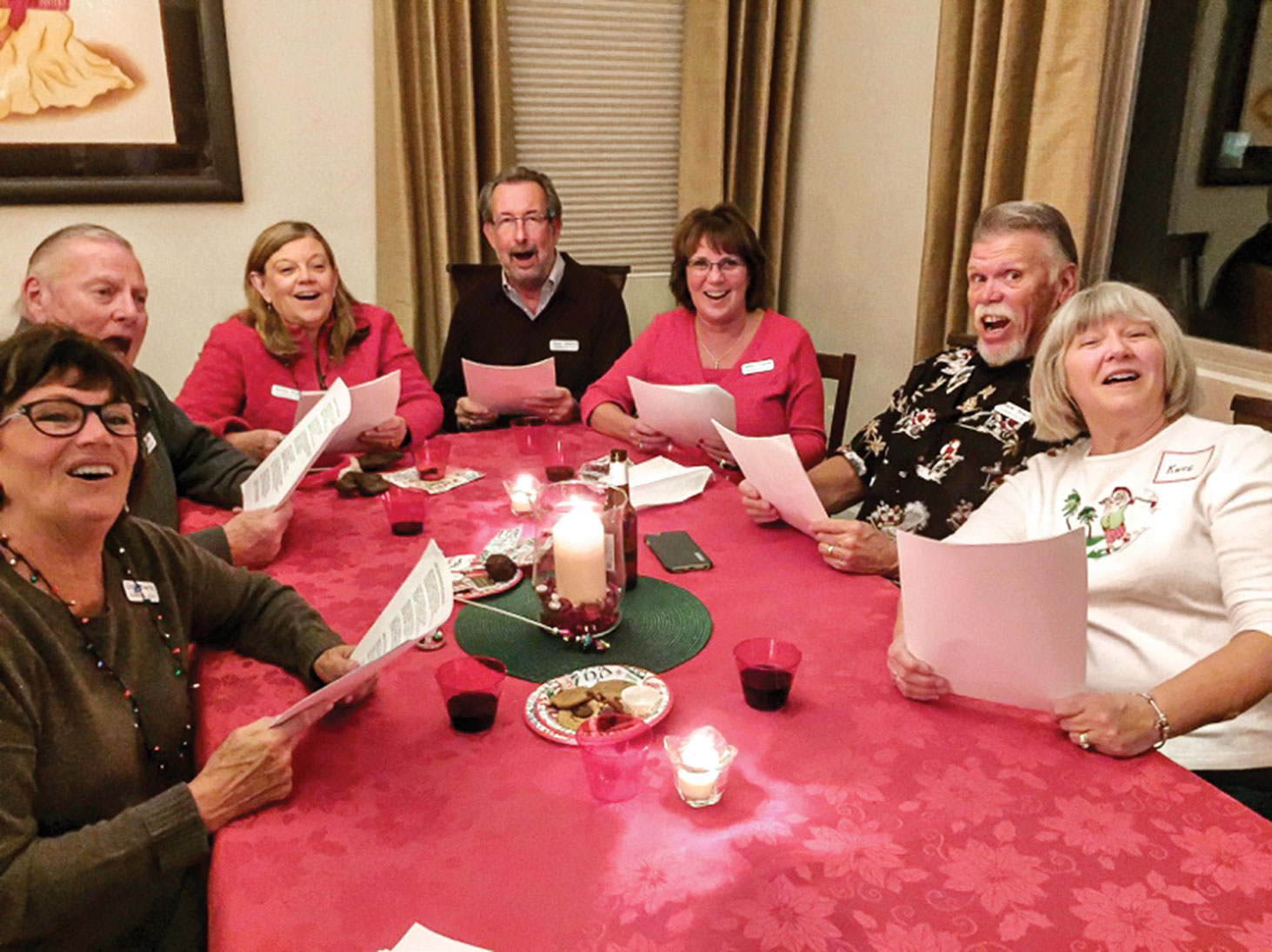 Just a few of the many singing that night, left to right: Linda Sherfy, Dick Ryan, Betty Ryan, Steve Chapman, Debbie Chapman, Frank Sherfy and Kate Thomsen around one of the tables; picture courtesy of Steve Weiss 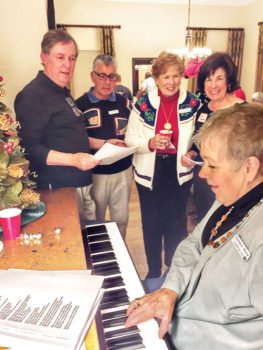 Music has always made the Christmas season a special time, and SaddleBrooke Ranch Unit 8A residents took note (pun intended). After moving in last year, Unit 8A residents have organized several activities that help neighbors meet neighbors. This season Janelle and Bob Authur hosted a stop for the SaddleBrooke Ranch roving carolers followed by a sing-along for over 40 Unit 8A residents. Steve Weiss, Bob Authur and Barbara Drury played piano as the group merrily sang a wide range of Christmas and Hanukkah songs. The Authurs felt it was a special treat to have their home filled with joyful music and so many new friends, and Unit 8A residents were happy to share an evening of song and fellowship with them.