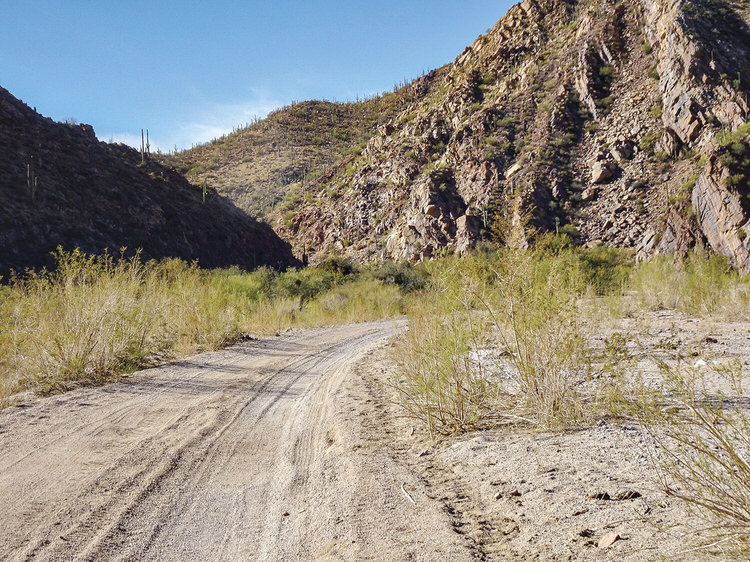 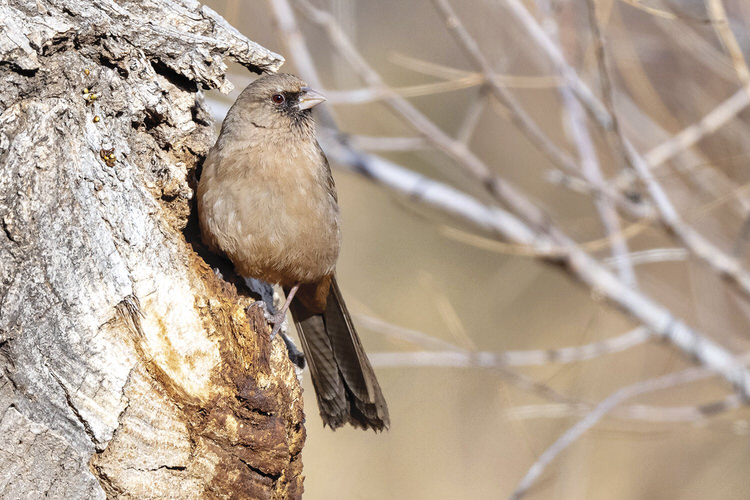 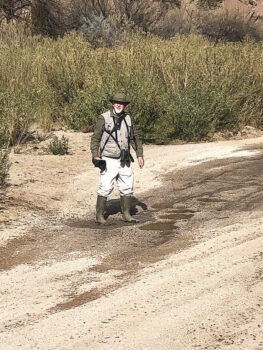 Jim Hoagland surveying the area near the spring

This year, more than 80,000 volunteers will participate in the Audubon’s 123rd Christmas Bird Count (CBC) starting on Wednesday, Dec. 14, 2022, through Thursday, Jan. 5, 2023. It is the longest-running citizen science census survey in the world, starting back in 1900.

What is the history of the CBC? Up through the 19th century, North Americans participated in the tradition of Christmas “side hunts” in which they competed for who could kill the most birds. In December 1900, Frank Chapman, an ornithologist, proposed counting birds instead of killing them. Twenty-seven bird observers took part in the first count in 25 places in the United States and Canada. Their total was more than 18,500 individual birds from 90 species.

Fast forward to 2021. Over 72,000 volunteers managed to count 44 million birds from 2,500 species in 2,459 circles in the United States, Canada, Mexico, Central and South America, the Caribbean, Bermuda, Guam, and the Mariana Islands. Sounds like a lot of birds, but it is about one-fourth the number of birds counted on CBC’s survey two decades ago.

The information gathered by the volunteers is crucial for researchers and conservationists to understand what is occurring with the bird populations. Since 1970, scientists at the Cornell Lab of Ornithology found that 3 billion birds have vanished. The researchers found declines in virtually all groups of birds across the U.S. and Canada. That is why the CBC is more important than ever to understand trends in bird migration. According to Geoffrey Le Baron, Christmas Bird Count director for the National Audubon Society, “… we can look at the potential reason it is declining and find ways to address it with conservation efforts.”

Each one-day count takes place in an established 15-mile diameter circle organized by volunteers and divided into specific routes. The count occurs between Dec. 14 and Jan. 5. The first Arizona count was in Tucson in 1909, and now there are 35 to 40 circles in Arizona.

Last year, my brother-in-law Jim Bradford and I participated in the 22nd Dudleyville CBC and surveyed the Putman Wash area around the confluence of the San Pedro River and Aravaipa Creek south of Winkelman. We recorded 21 species in an 8-hour day covering 21 miles. The Dudleyville CBC tallied 112 species, the highest in the last four years, though still below the 22-year average of 114. The total number of birds, 4,117 birds, was the lowest registered in 22 years of the count. Because of the monsoons this year I hope the number will be exceeded.

This area has a fascinating history with Camp Grant United States military post located here from 1866 to 1872, near the site of the Camp Grant Massacre.

For many birders it is an effective way to get out and enjoy nature after those winter holiday dinners. The Christmas Bird Count is open to birders of all skills, so if you are interested in participating, there are many counts in the Tucson area and southern Arizona. Information is at tucsonaudubon.org/cbc and azfo.org/CBC/2021_2022.html.