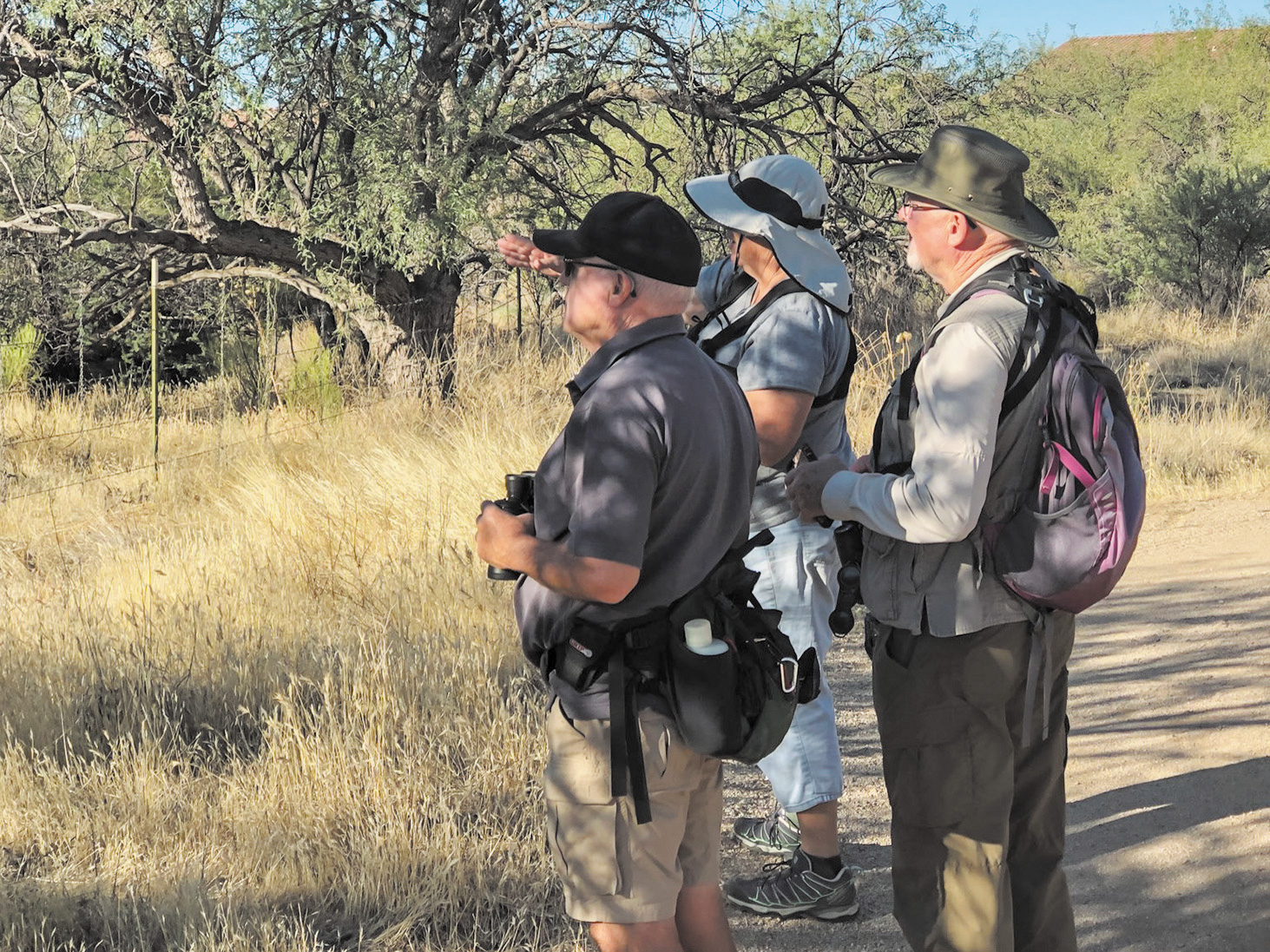 The nature trail at SaddleBrooke Ranch is a real jewel. It was the vision of the developer to have such a trail when development began around 2007. Relish in the fact that we are the only Robson development to have a nature trail.

The trail continues to evolve, currently consisting of two sections, both easy hikes. The first is a 1.25-mile stretch starting at the Golden Ranch Fire Station and finishing at the end of Egret Trail. The second section, at the future site of the Community Garden, continues for approximately half a mile ending in the northwest corner of the new Unit 6.

The developer and HOA understand how important the nature trail is to the community, although no immediate plans have been made for future expansion.

Along the trail, you will see over 12 different signs identifying the flora and fauna of the area selected by residents previously employed by the HOA. You will find the trail in good condition and easy to walk.

With your backyard overlooking the nature trail, Jan and Niel Christensen told me the nature trail played a big part in their decision on the lot to build in SBR eight years ago. They have seen a great variety of nature’s offerings including Bobcat kittens, born in the attic of their home while under construction. Early on, they would see lots of antelope jackrabbits but with the expansion of the development and the increase in coyotes, their numbers continue to drop on the trail.

When it comes to birdwatching, you will see and hear many species along the trail. Birdwatching has become a very popular hobby with over 45 million birdwatchers in the country. Birdwatching is an activity that allows you to slow down and unplug from the hectic pace of life.

As you head down the trail from the firehouse into mesquite and cacti filled desert, you could be greeted by the quintessential sound of the Cactus Wren, like a car having trouble starting. The sound of Curved-billed Thrasher can also be heard, like a whit-wheet, or double whistle, often described as someone hailing a cab. Mourning Doves are abundant both roosting in the bare limbs of trees or flying overhead.

The trail offers three locations where you can sit on one of the benches and soak in your surroundings. Sometimes the best birding is when you let them come to you!

Once a month, I lead a small group of Ranch Birders, beginner and advanced, to survey the species whose habitat is along the trail. You might be surprised to learn that each month this summer, the surveys have averaged between 25 to 30 different species of birds.

Relax, look and listen to the sounds along our local nature trail at SaddleBrooke Ranch.