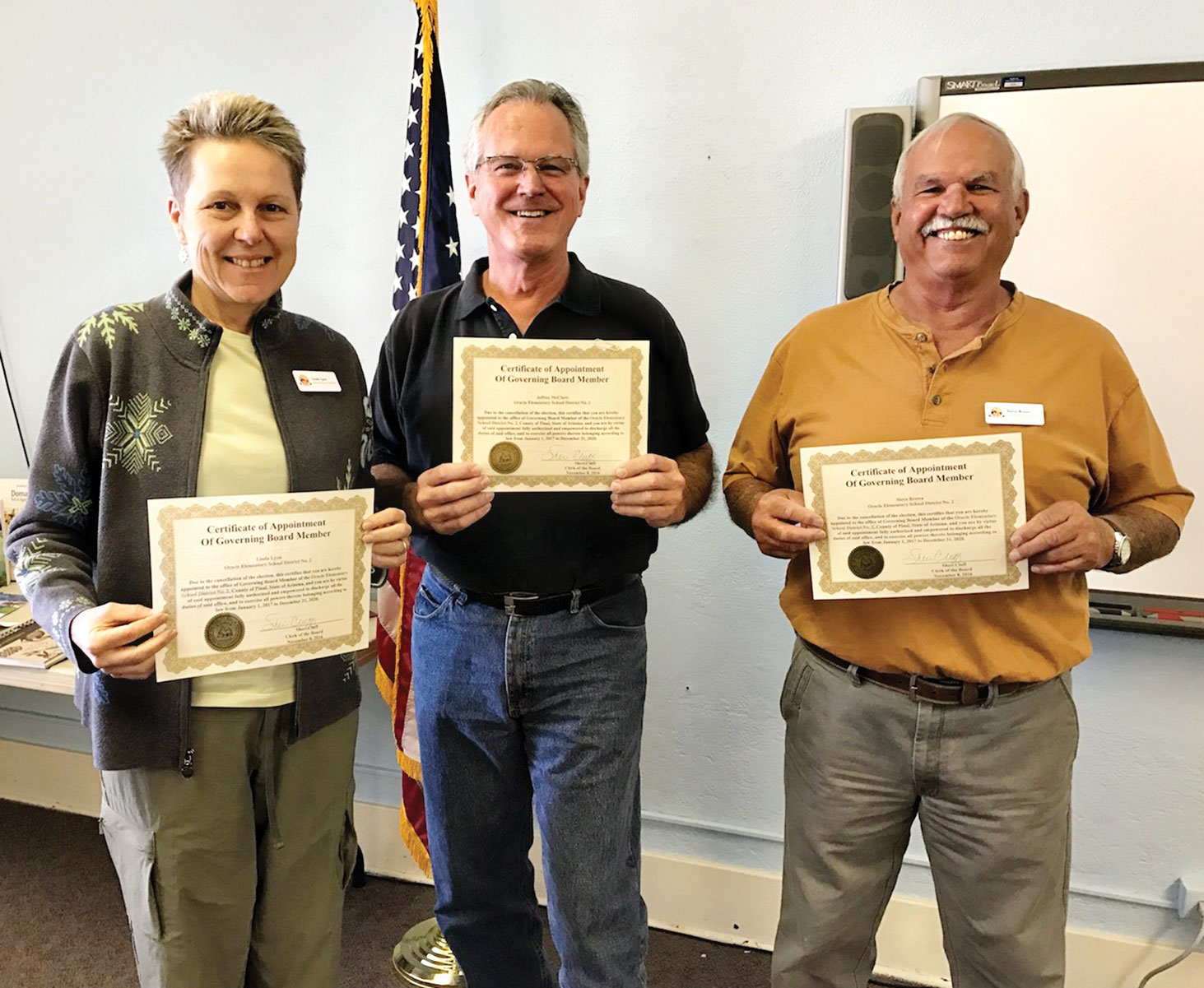 The District’s new tag line is, “Small Town Roots, Global Expectations.” It goes a long way toward describing what this Board has achieved in the past year plus. They have raised expectations for the students, the staff and themselves while embracing all the positives a small town and district offer.

The Board’s efforts have paid off with higher AzMERIT scores, a higher percentage of dollars spent in the classroom, the reestablishment of a music program with a vibrant orchestra and the implementation of the Positive Behavioral Intervention and Supports (PBIS) to ensure student behavior expectations and guidelines are simple, consistent and effectively and fairly enforced. Additionally the Board facilitated the establishment of the Oracle Schools Foundation, which is focused on ensuring that every Oracle student has unlimited opportunity to succeed. They have also dedicated numerous hours to staying abreast of the latest in school governance and educational strategies. Their efforts were recognized by the Arizona School Boards Association (ASBA) at their recent annual conference with the “Total Board Award,” which is given to governing boards when at least a quorum of members has attained the Certificate of Boardsmanship.

Lastly, the OSD Board is contributing at a statewide level as well with board member Linda Lyon recently elected as ASBA’s President-Elect. Board President Jeff McClure is proud of the OSD team and the progress they’ve made. He gives much credit to the District’s communities for their generous support both with funding and volunteer efforts. Those interested in being a part of the team can learn more at www.OSD2.org or www.OracleSchoolsFoundation.com.