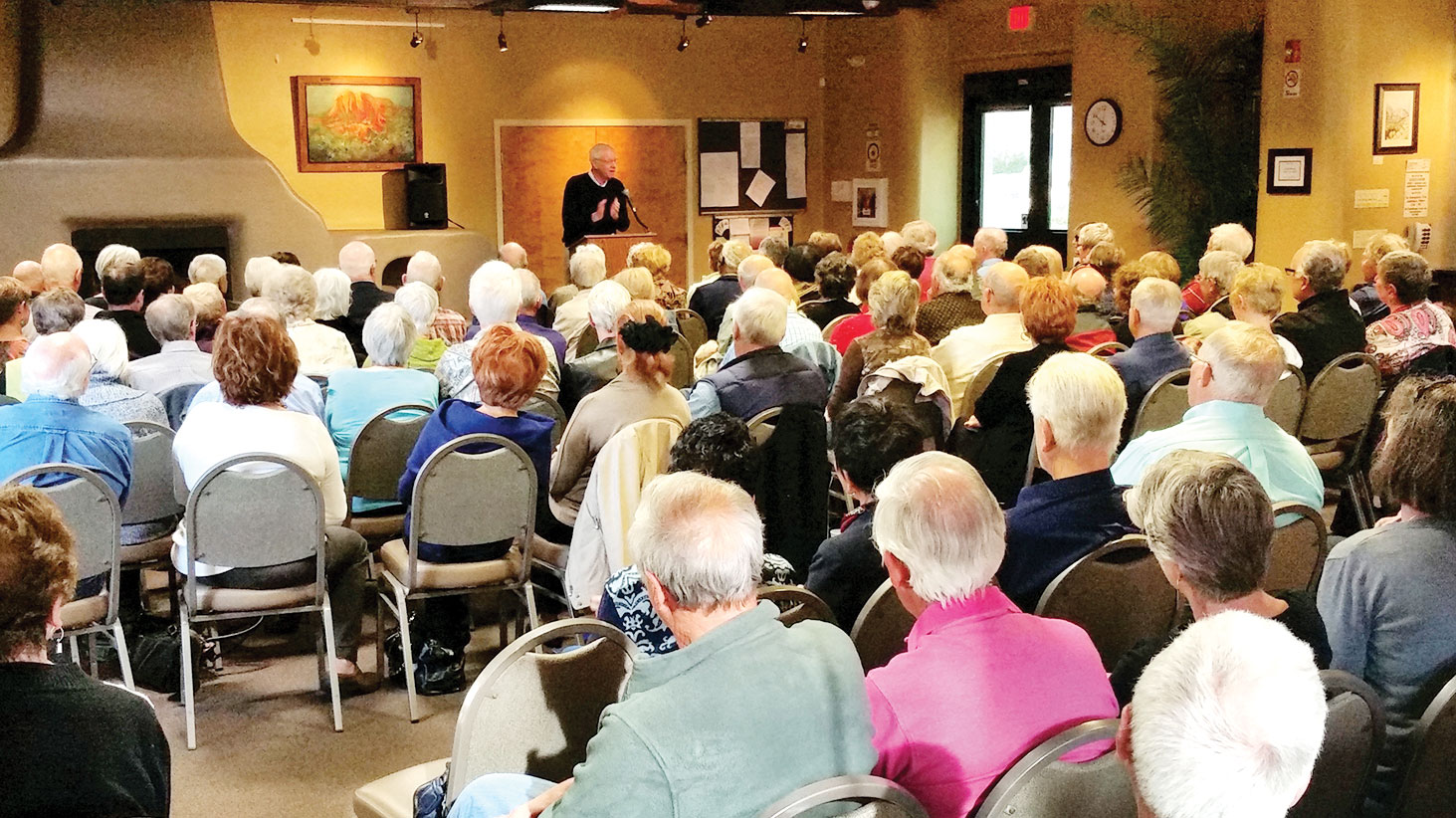 Dr. John E. Schwarz spoke to a capacity crowd at the Activity Center in SaddleBrooke One on Sunday, January 24, 2016, 9:00 a.m. For more than 40 years the struggling middle class in America has experienced wages that haven’t risen much, after discounting inflation. If that continues it jeopardizes the ideas of the American Dream and of America as a land of true opportunity. The conservatives say reduce taxes and regulation to get more money to businesses and the wealthy so they can invest more, produce more, create more jobs and pay higher wages. The liberals/progressives say increase government spending and help Americans who have been left out by funding various assistance programs.

Dr. Schwartz explained why neither political party’s “non-answer” can possibly succeed in resolving the problem of stagnant wages to restore the American Dream for most Americans and their families. This talk explained why neither the conservative nor the liberal answer will work. Dr. Schwartz detailed the only viable solution to fix the problem, what the solution involves and how that solution can bridge the fundamental divide between conservatives and liberals to bring us together and unite the nation once more.

John E. Schwarz is Professor Emeritus of Government and Public Policy at the University of Arizona where he taught from 1970-2004, specializing in economic and social policy. While at U of A he was Faculty Chair, Senior Faculty Associate to the university president and winner of the Danforth Teaching Award.

He has published many articles and six books including Illusions of Opportunity: The American Dream in Question and Common Credo: The Path Back to American Success. His books primarily focus on employment, pay and social assistance in the U.S. as they relate to economic opportunity and the American ideal of freedom as understood by the nation’s founders. Dr. Schwartz has received several distinctions and awards and was nominated for a Pulitzer Prize in 1998.

Attendance is free and open to all, regardless of religious belief, political persuasion, or gender preference. To defray costs a contribution of $2 per person is requested. Non-perishable food or cash donations for the Tri-County Community Food Bank are always welcome.

Meetings of the SaddleBrooke Freethinkers are usually on the fourth Sunday morning each month, October through April. As our organizational charter states, “We believe in the responsible search for truth and meaning, and in the application of reason and science to the understanding of the universe and the solving of human problems. We believe that tolerance, compassion, equity, and civility should characterize the interaction among peace-loving persons and organizations.” Information about SaddleBrooke Freethinkers, upcoming presentations and past programs is at www.sbfreethinkers.wordpress.com.