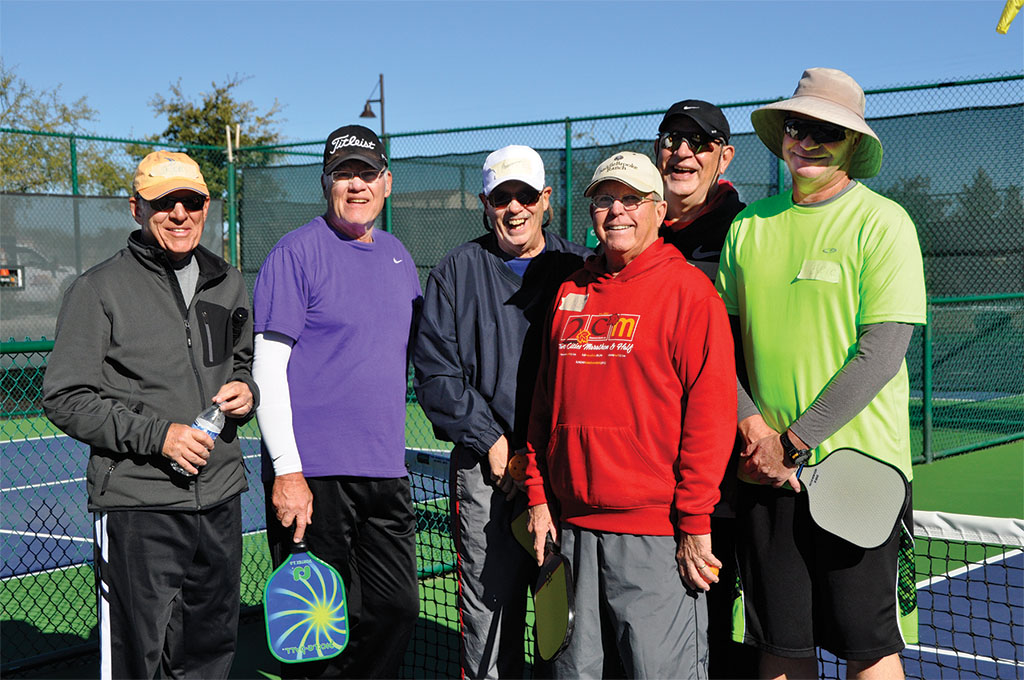 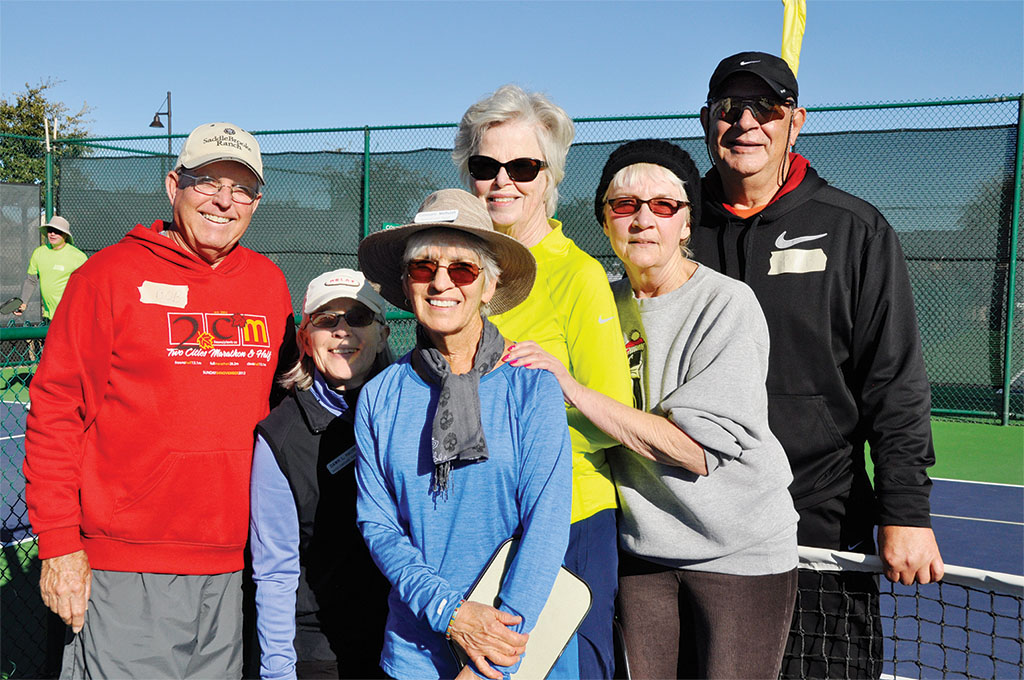 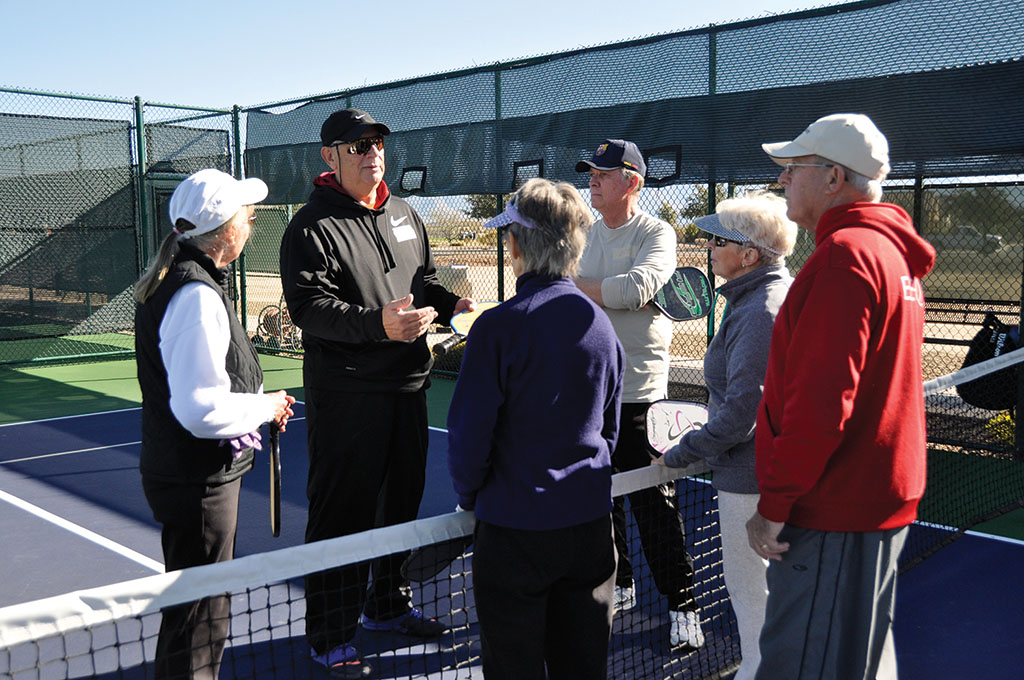 Pickleball is a sport that can be learned pretty quickly, but there are skills in playing pickleball that can make your play easier, more enjoyable and more competitive. Feeling the need to make these improvements, many members of the SBR Pickleball Club in the 2.0 and 2.5 skill level were asking for clinics to improve their play. Seeing a need to start a “grass roots effort,” a group of five met to discuss and map out skills to meet the needs of players in skill levels 2.0 and 2.5. With additional input and support from Lon Alness and Bob Hills they developed the framework needed to make the clinics a success. Priscilla Wolf and Lupe Cook took the lead and co-chaired the committee that included Ernie Wolf, Doug Rinke and Linda Shannon-Hills.

During the 2.0 clinic 17 players were divided among four courts with one or two coaches per court. Coaches and players worked together on serving, return of serve, drop shot and dinking. Each group would work with their coaches for 30 minutes before rotating to the next coach and skill set.

The 2.5 clinic had a different structure. Games were played with coaches observing play and then giving specific feedback on areas for improvement.

There was so much interest at the 2.5 skill level that another clinic was scheduled in December for players that could not be accommodated in the first clinic.

The feedback from 45 participants was very positive. “The clinic helped pull together some of the skills I learned when I first started,” “I feel so much better about my skills, and now during regular play I think more about the points coaches made during the clinic,” “Since the clinic we all remind our fellow players of the skills we learned; it has improved our games a lot” and “I am ready for the next round of clinics.”