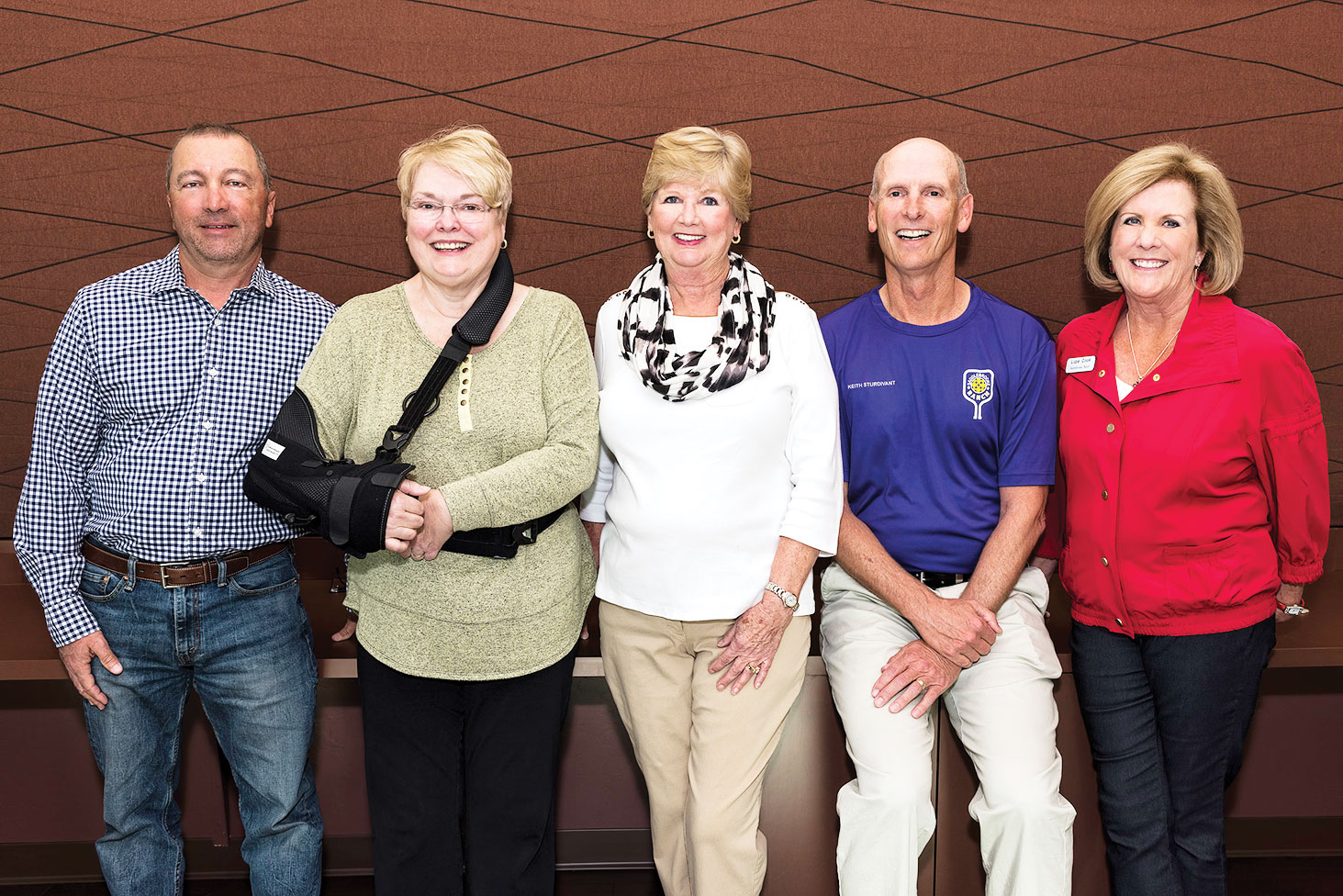 The SaddleBrooke Ranch Pickleball Association (SBRPA) is the largest club at the Ranch with over 200 members. This active and welcoming club has been very busy this past year with many ongoing and new programs and plans to continue the excitement in 2017. Board elections were held in December 2016 with the following individuals selected: Keith Sturdivant, President; Priscilla Wolf, Vice President; Lupe Cook, Secretary; Raynelle Duhl, Treasurer; Gary Grasso, Director of Events.

For 2017 the club will continue scheduled play for members, mostly in the morning, with plenty of time for casual play in the afternoons and evenings on our 24 beautiful courts. While you do not need to be a member to play during non-scheduled club times, we encourage you to join to fully benefit from club activities, such as:

Friday for coaching for beginners: The club hosts an Introduction to pickleball instruction session for residents and guests who would like to learn how to play pickleball. Our coaches will provide you with the pickleball basics to get you started; the rest is up to you. We will provide the equipment: balls and paddles. You just need to come in comfortable clothing and a pair of court shoes (not running shoes). Sessions are on most Friday mornings at the new pickleball courts. Register on the club website.

Skills clinics for the 2.0 and 2.5 levels: Experienced instructors provide hands-on training and tips.

Robson Cup: Almost 60 club members participate in these events. This activity, started in December 2016, includes players from five Robson communities: SaddleBrooke Ranch, SaddleBrooke, PebbleCreek, Sun Lakes and Robson Ranch. It concentrates on team play and having fun. Each club plays the other clubs in a round-robin fashion. The next and last event for us is at PebbleCreek on March 11. Since our club is relatively small as compared to the other more established clubs, many of our members play up one or two skill levels.

Tournament season: Many club members play in tournaments around the state, especially during the February-March season. As of February 7 club members have been awarded 18 medals.

Social play: Many social events are planned during the year such as Crazy Hat Night, Aloha Night and School Team Spirit Night. We typically play some fun social pickleball followed by food and drink.

We have some exciting new activities planned for 2017. There will be more “drop-in play” sessions, which are open for all skill levels where players can come at any time during the session and play as many games as they want. There will also be “drop-in coaching” sessions for the 2.0, 2.5 and 3.0 skill levels where experienced coaches will be available to assist players in an informal setting. And plans are being made for “ladder play,” where players accumulate points to move up or down the ladder. This format emphasizes friendly competition among players of similar skill levels.

We encourage you to view the club’s website at sbrpickleball.club. This site provides club basics including how to come become a member. We look forward to seeing you on the courts!