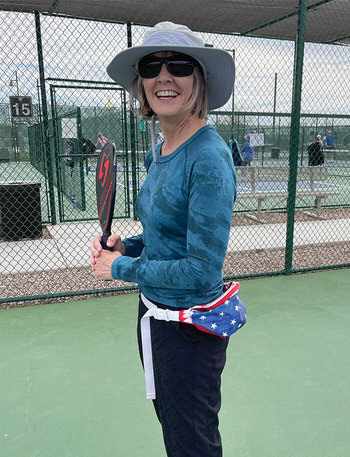 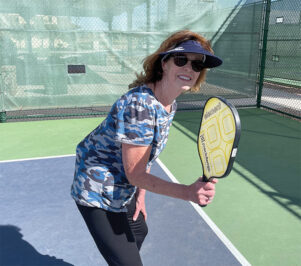 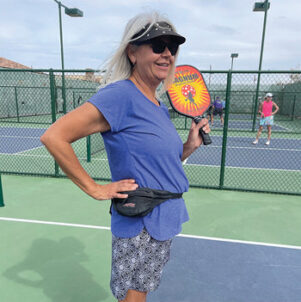 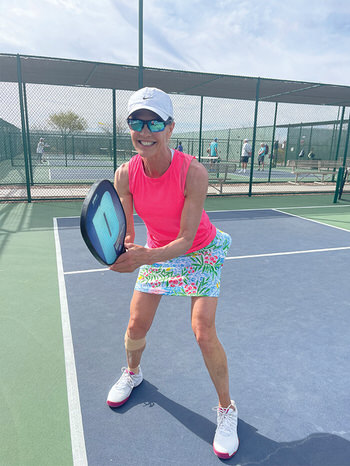 In order to continue playing pickleball during the pandemic, the pickleball club had to make some accommodations. One of the largest accommodations affecting its female members is what to do with the pickleball. Normally, pickleball is played with only one ball for all four members on the court, such as in tennis doubles or even volleyball. Now, each member had to have their own pickleball so as not to touch other people’s equipment. This was particularly important at the beginning of the pandemic when transmission was thought to be primarily through touch. While most men’s clothing is made with pockets, women’s clothing is not. So, women have become extremely creative in finding places to store their ball while not in play.

The following pictures show ingenious places SaddleBrooke Ranch women have found to stow their balls. Can you spot the balls?