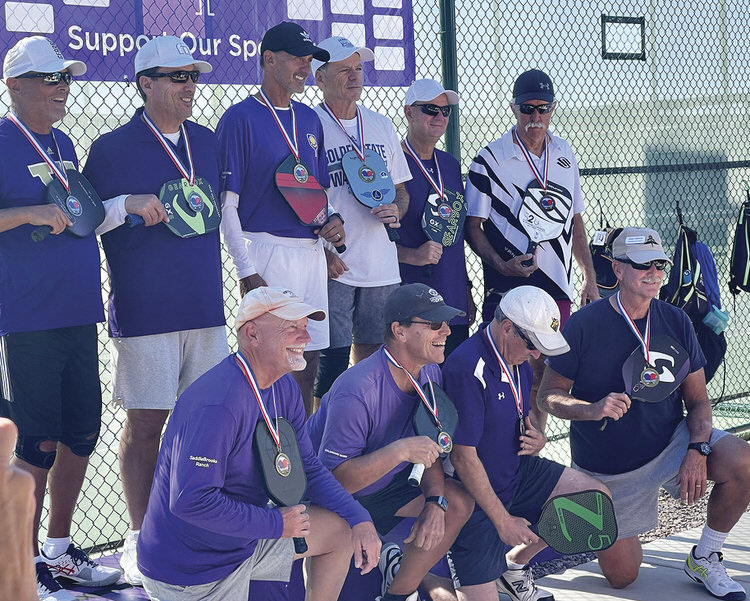 It took a month, but the SaddleBrooke Ranch/SaddleBrooke Pickleball Tournament was finally completed on Sunday, Nov. 13. Rain delayed what was originally scheduled to be a three-day event in mid-October hosted by the SaddleBrooke Ranch (SBR) Pickleball Club. The round robin competition included players ranked from 2.5 to 4.0. The first day of the tournament, Friday, Oct. 14, featured women’s doubles. That was completed as scheduled. However, the men’s doubles and mixed doubles rounds were rained out and rescheduled for Nov. 12 and 13. Statistically, 96 women competed the first day, 84 men the second, and 92 men/women the third. The SBR Pickleball Club took home the trophy for most wins—298 games versus SaddleBrooke’s 146. Congratulations, SBR teams!