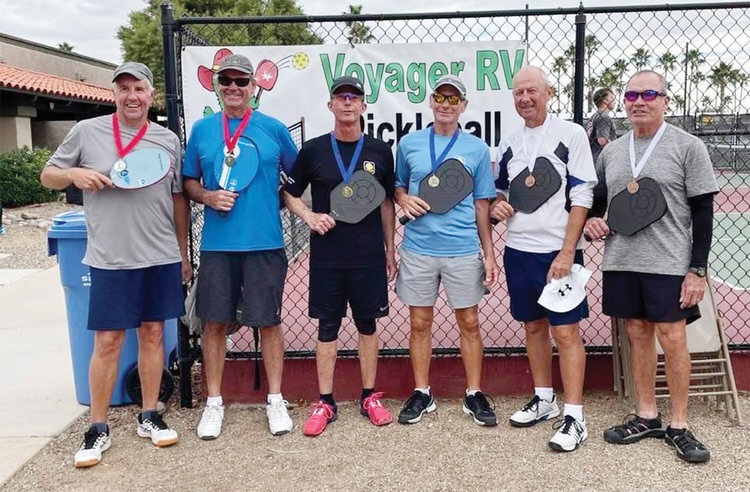 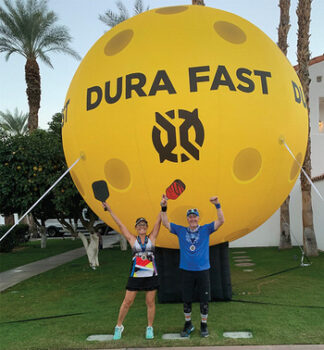 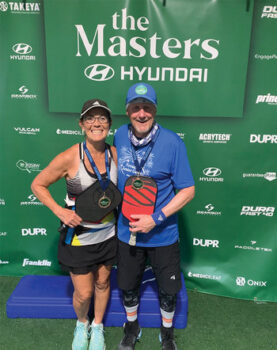 Corine Sturdivant, with her partner, received a bronze medal in mixed doubles 3.5, 60+ age group, in the Professional Pickleball Association Masters Tournament held in Las Vegas. Joe Campion and Tim Chamberlin received gold in 60+, 3.5 men. Ronda Hays and her partner received bronze in 50+, 4.0 mixed doubles. Beth Chamberlin and her partner earned bronze in 4.5 doubles as well as getting silver in 50+, 3.5, with her husband Tim. Rick Heine and his partner received gold in 3.0, -4.0, 70+. Kim Ahlgrim-Heine and Kristi Miller earned gold in the Arizona Open in the 4.0, 50+ doubles. Playing in the Voyager, Ed Valdez and Toni Zoellner won bronze in the 3.0, while Russ Oster and Jim Harrison received the gold in the 3.0. The athletes deserve a big congratulations when you see them on the courts.