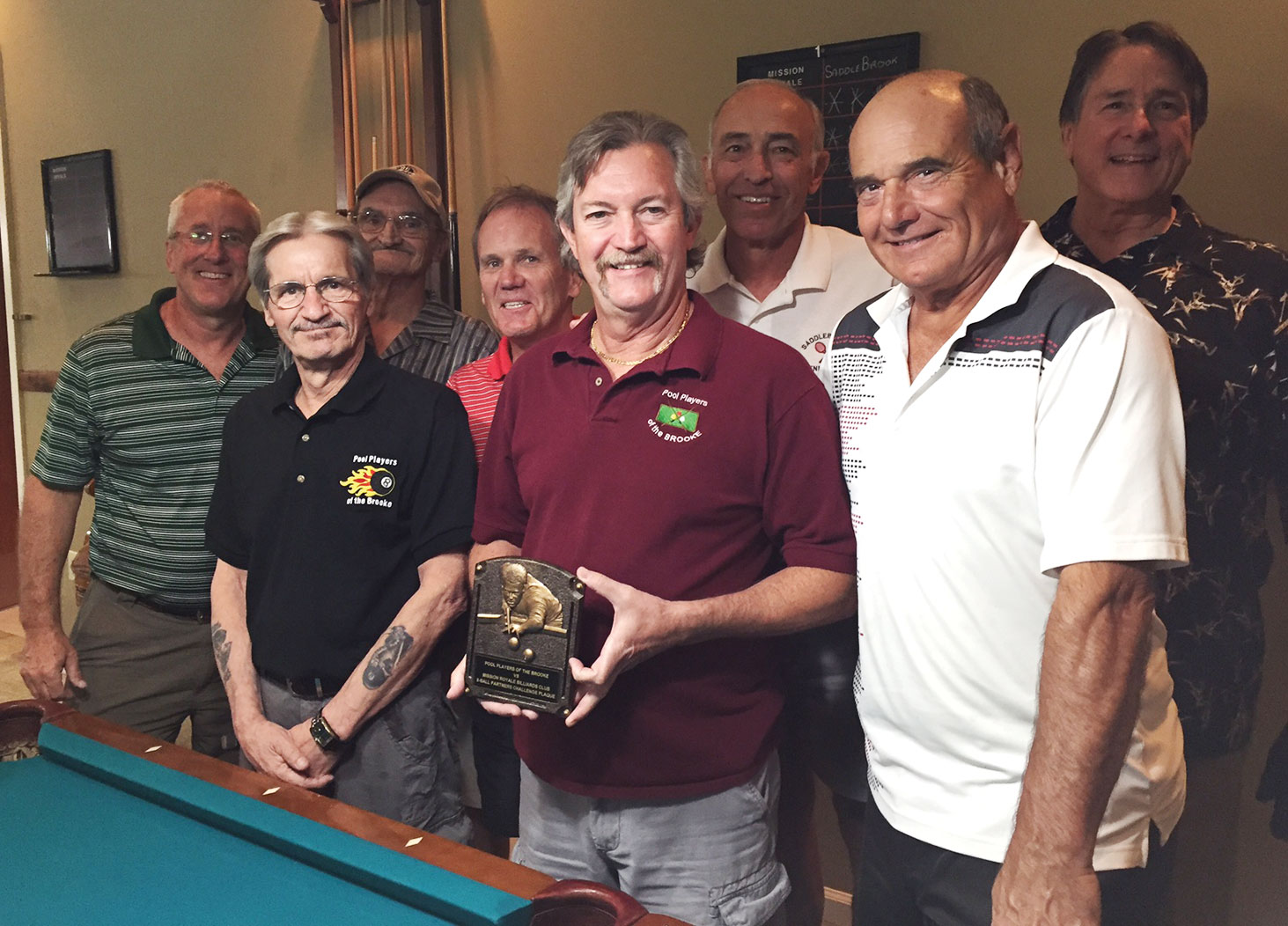 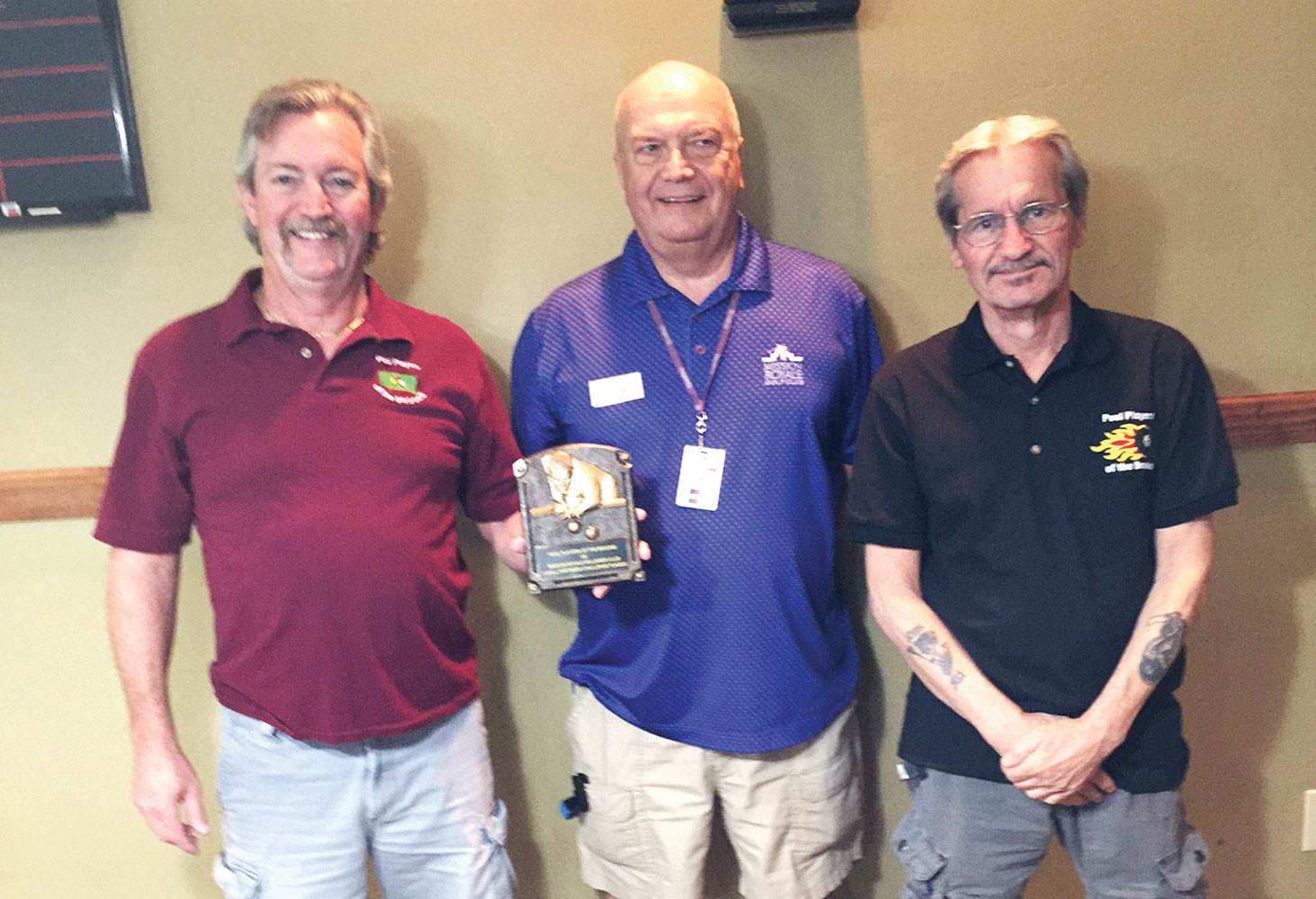 First we would like to thank Mission Royale and Steve Speckhart, president of the Mission Royale Billiards Club, for their hospitality, competition, hot coffee and delicious cookies. Another big thank you goes out to Dominic Borland, vice president of the Pool Players of the Brooke, for organizing this event and making sure it was a success, and he did just that.

On Saturday, October 29, 2016, the Pool Players of the Brooke traveled up I-10 to Mission Royale in Casa Grande for an 8-Ball Challenge. Some of the players stopped by the El Chicano Grill in Mission Royale for a quick and tasty lunch before the competition. Mission Royale has six beautiful eight-foot Brunswick pool tables in a comfortable billiard room. We were competing for temporary ownership of a traveling plaque purchased by the officers of the Pool Players of the Brooke. The format was simple and interesting: we drew cards to form four partner teams from SaddleBrooke, and Mission Royale also had four teams. Our teams consisted of Tom “Half Jacket” Barrett and Jim Donat, Bruce Fink and Karl “English” Knight, Dominic “The Doctor” Borland and Joe “Fast Eddie” Giammarino, Jim “Shooter” Fabio and Gary “Bushwhacker” Powers. Each of our teams would play each of their teams three games of 8-ball with each game won being one point for the winning team. There was a total of 48 points in the match. All teams played up to expectations, and we brought the plaque home to SaddleBrooke! The final results were the Pool Players of the Brooke 30 and Mission Royale 18. All four of our teams had a winning record with the team of Tom Barrett and Jim Donat leading the way. Nice job, Team PPB! This could be the start of a friendly rivalry. SaddleBrooke is proud of its teams, and they thank Mission Royale for hosting this event. We will be mounting the traveling plaque in our billiard center soon.