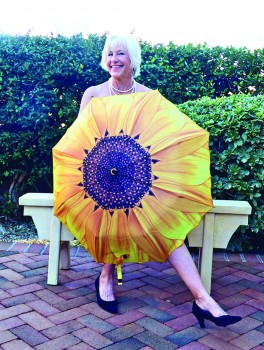 The PrimeTime Players in their 10th year of performing high quality stage plays in SaddleBrooke is presenting Calendar Girls, based on a true story and the blockbuster film starring Helen Mirren. The story centers on a group of “mature” women from a traditional British Women’s club, who persuade one another to pose for an alternative “nude” charity calendar. Puzzling their husbands and upsetting their fellow club members, they spark a global phenomenon. But as media interest snowballs, the Calendar Girls find themselves exposed in ways they never expected and revealing more than they ever planned. Calendar Girls, quirky, poignant and hilarious makes you laugh, makes you cry and leaves you feeling better about life than you did when you entered the theatre.

Performances are April 5-10. Doors/Cash bar open at 6:30 p.m. Show starts at 7:00 p.m. at MountainView Cabaret Theatre. Tickets are $24 including dessert/coffee/tea served at your table. For tickets call 825 2818, SaddleBrookeTwo.com or the HOA 2 office. The best tables sell quickly so get your tickets early! Buy a table and come with your friends.

Produced by special arrangement with Samuel French Publishing. Based on the Miramax motion picture by Juliette Towhidi and Tim Firth.