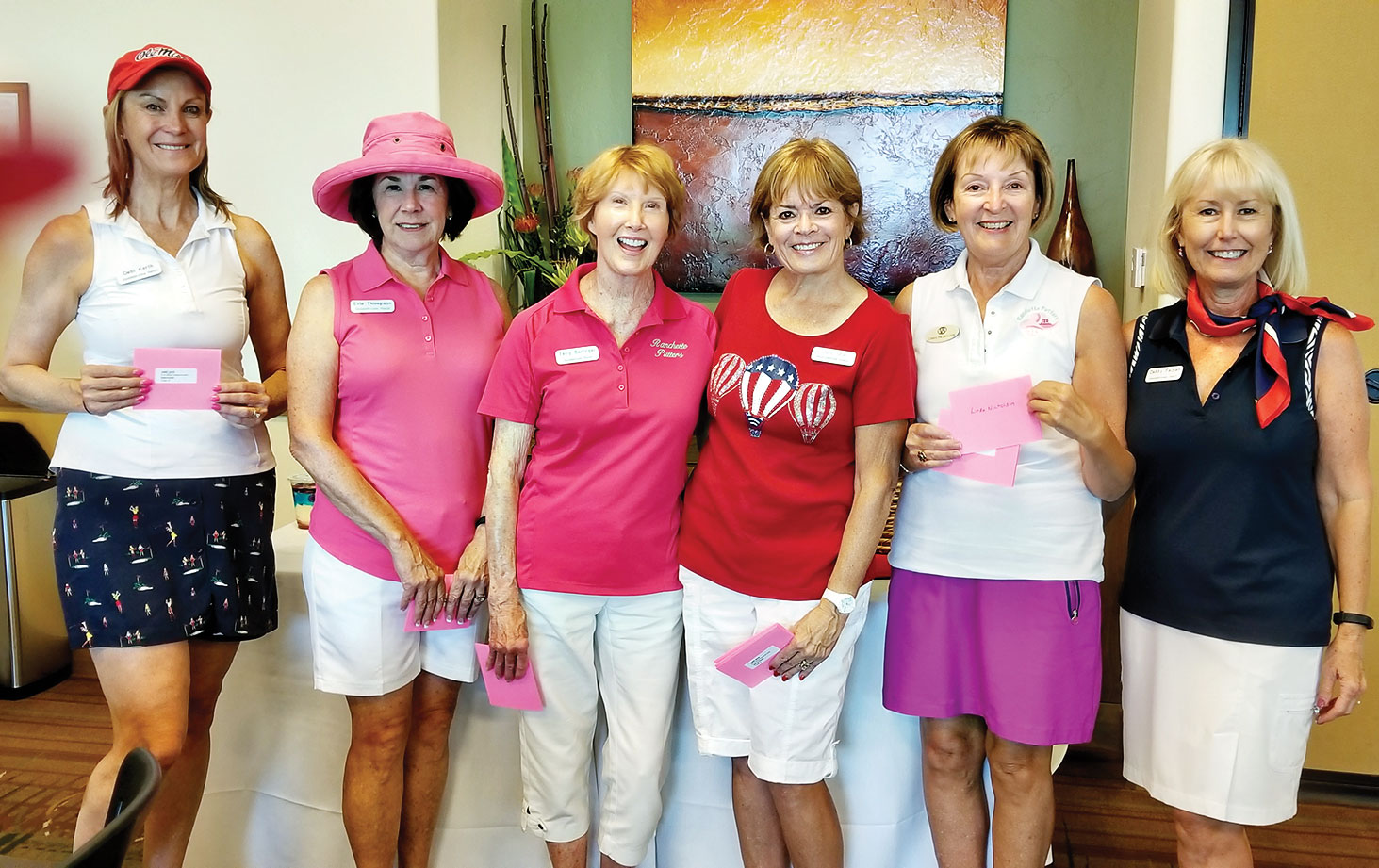 A social followed putting, where club members enjoyed delicious patriotic parfaits and congratulated award winners for June. The Ranchette Putters are proud to announce this month’s winners for the most holes-in-one (six or more) and the first, second and third lowest average scores.

June was an ideal month for putting and five ladies recorded great scores. The third lowest average was turned in by Pat Kanitz with 36.333. Evie Thompson, Diane Seyl and Doris Carlin tied for the second lowest average of 36.000. An outstanding putting performance by Janice Neal put her on top with an average of 35.000 and seven holes-in-one.

Ranchette Putters congratulates our June winners and invites all female residents of SBR to join us for a fun weekly event. Our bulletin board by the pro shop has more information or contact Marian Bianchini at [email protected]