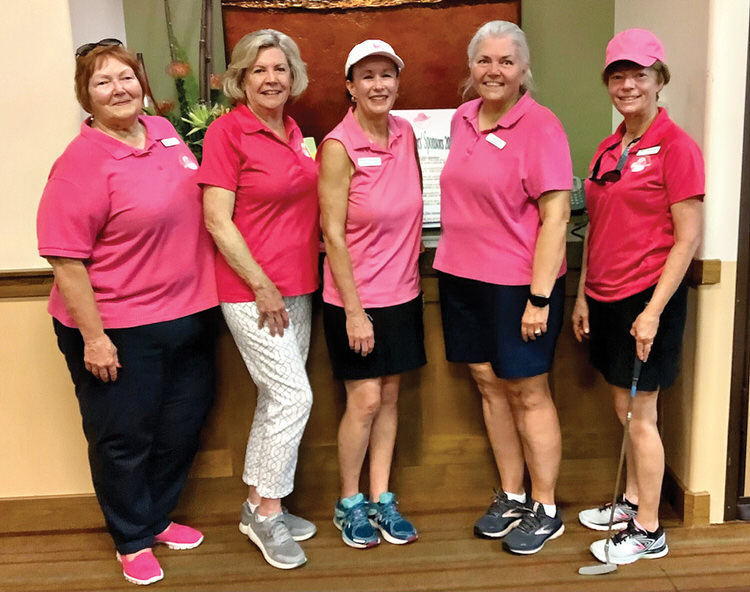 Rising temperatures and lots of humidity attempted to dampen the spirits of the SaddleBrooke (SBR) Ranchette Putters in July. Determined to survive these natural hazards, members arrived each week dressed for the elements—carrying water, sunscreen, and bug spray. Janice Hynes even volunteered to set up an extra water station in her golf cart every session.

Ranchette Putters is proud of the talent our July winners displayed. The club invites all female residents of SBR to join us for a fun weekly event. Check out our bulletin board by the Pro Shop for more information, or contact Corky Mansmith at [email protected]