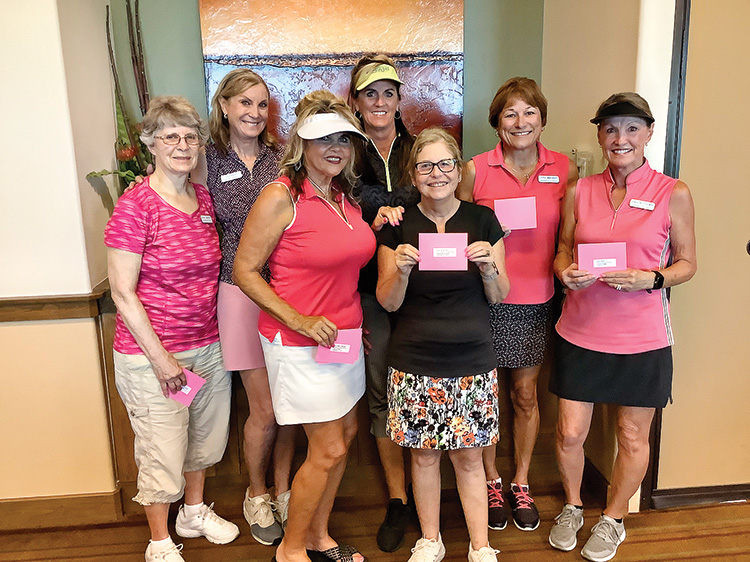 Weather conditions during the month of July were not ideal for early morning putting. Mother Nature provided a lot of heat, humidity and even a swarm of mosquitos one Wednesday morning. Determined to survive these natural hazards, Ranchette Putters arrived each week dressed for the elements and carrying extra water, sunscreen, and bug spray.

Ranchette Putters is proud of the talent our July winners displayed. The club invites all female residents of SBR to join us for a fun weekly event. Check out our bulletin board by the pro shop for more information or contact Cindy Watkins at [email protected]