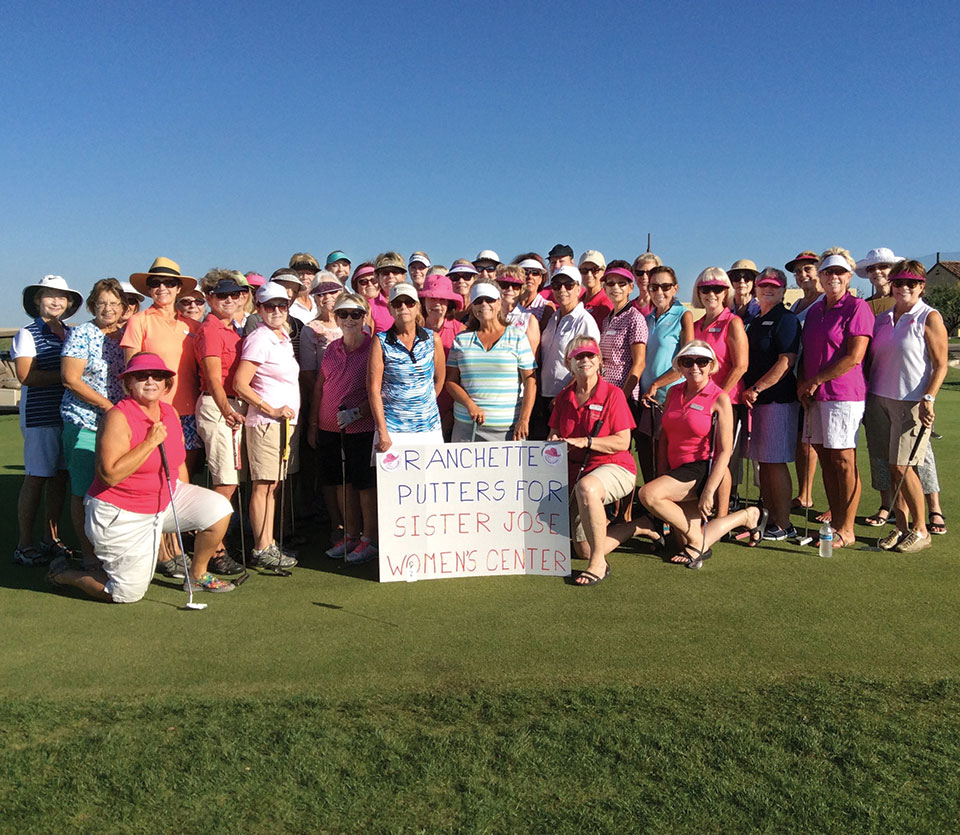 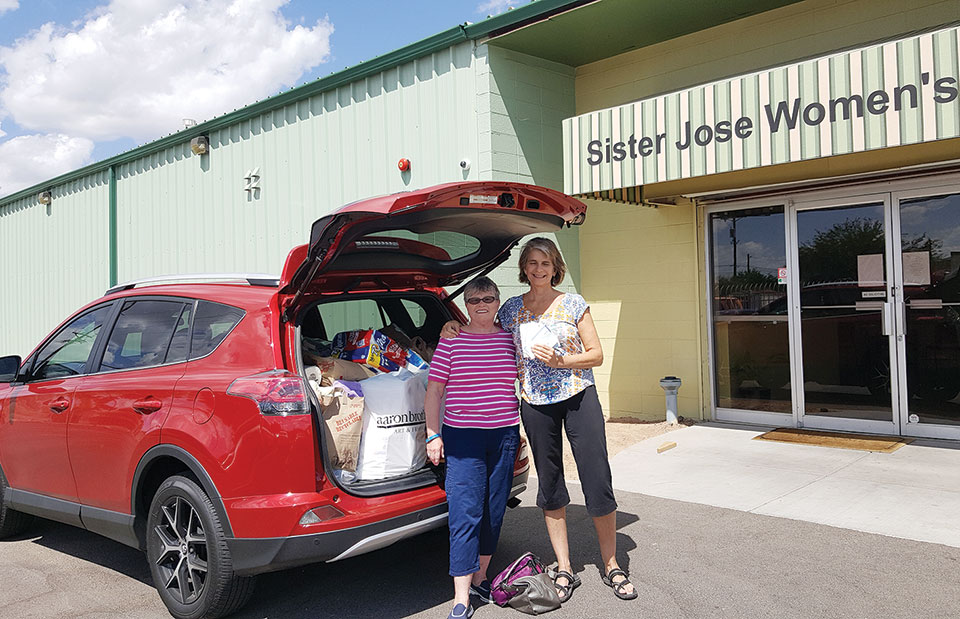 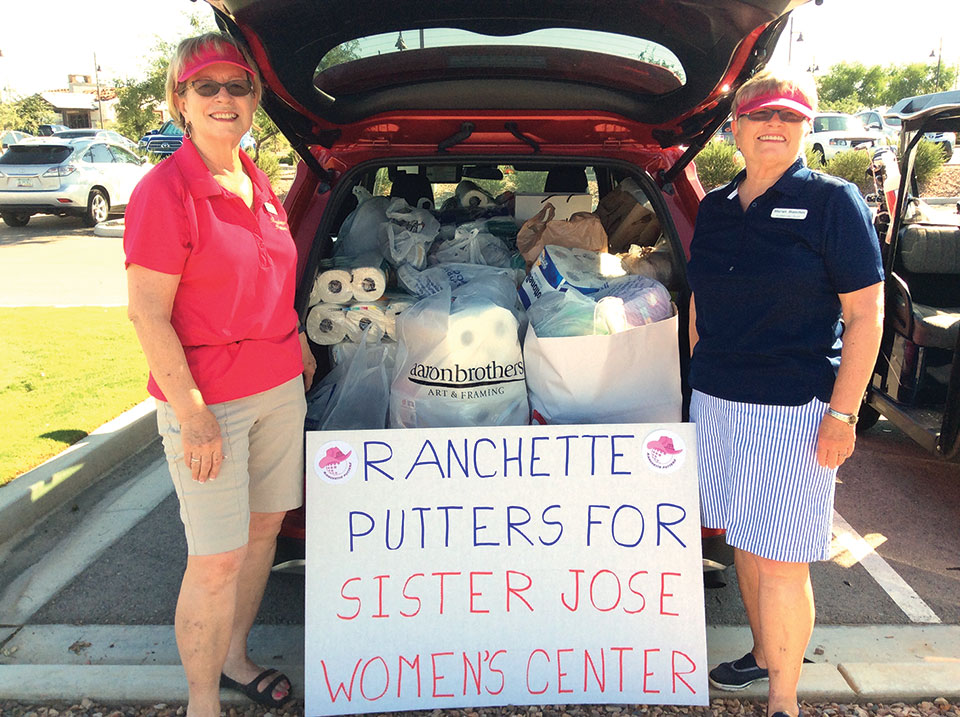 Jeannie and Marian Bianchini’s SUV filled with the donations; photo by Deb Lawson

On September 13 the Ranchette Putters gathered on the SaddleBrooke Ranch putting green as usual. But on this day the lady putters were putting for a good cause.

In August club president Nancy Galant proposed the club’s next charity effort be on behalf of Sister Jose Women’s Center. The idea was warmly received by the members. Jeannie and Marian Bianchini who volunteer at the center arranged for the executive director to speak at the next club meeting.

On September 6 Jean Fedigan, Executive Director of Sister Jose Women’s Center, spoke at the regular monthly meeting of the Ranchette Putters. She spoke very frankly about the needs and the conditions of the homeless women who visit the center daily. Jean’s journey to help these women who live on the street and endure much hardship has been one of the heart. Her efforts began in 2009 when the only space the center had was in a church and only during the winter months. Jean’s dedication and hard work has resulted in a 9,000 square foot facility, which is now open daily and can accommodate 110 women each day. Hearing Jean’s story and the plight of the women who need the center touched the lady putters’ hearts.

Excited about the idea, on September 13 the putters brought their donations to the green. The club clearly showed its support and generosity when the number of donated items filled the Bianchini’s SUV. The putters also raised $525.

This is the second charity event for the Ranchette Putters in 2017. The warm and enthusiastic hearts of the club members resulted in a successful effort on behalf of Sister Jose Women’s Center. Club members would like to thank Nancy Galant and Jeannie and Marian Bianchini for bringing this worthy organization to the club’s attention.