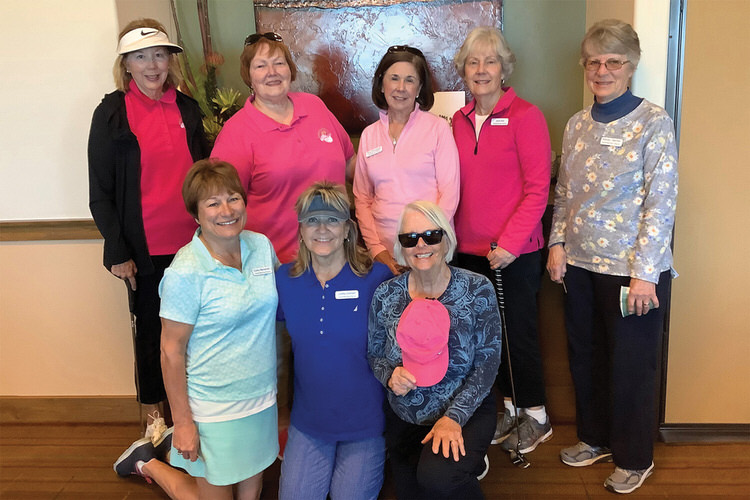 If you watched the winter Olympics, you observed the challenges athletes faced with unpredictable wind gusts. In February, the Ranchette Putters quickly learned just how adversely strong winds could affect the speed and direction of their golf balls. Club pro Ken Steinke witnessed this phenomenon and commiserated with the putters.

SBR Ranchette Putters is pleased to announce our February winners. Susan Knight and Corky Mansmith had the third lowest gross averages with 38.333. Irene Harvey landed in second place with an average of 38.000. The first place honors went to Evie Thompson with an average of 36.333 for the month.

Inclement weather and a canceled session impacted the ability of many members to score six or more holes-in-one (HIOs) during February. However three ladies overcame the adverse conditions with six HIOs each. Kudos go out to Jackie Boll, Loretta Gresham, and Mary Schlachter.

Ranchette Putters is proud of the dedication and perseverance shown by this month’s winners. The club invites all female residents of SaddleBrooke Ranch to join us for a fun weekly event. Check out our bulletin board by the pro shop for more information or contact Corky Mansmith at [email protected]