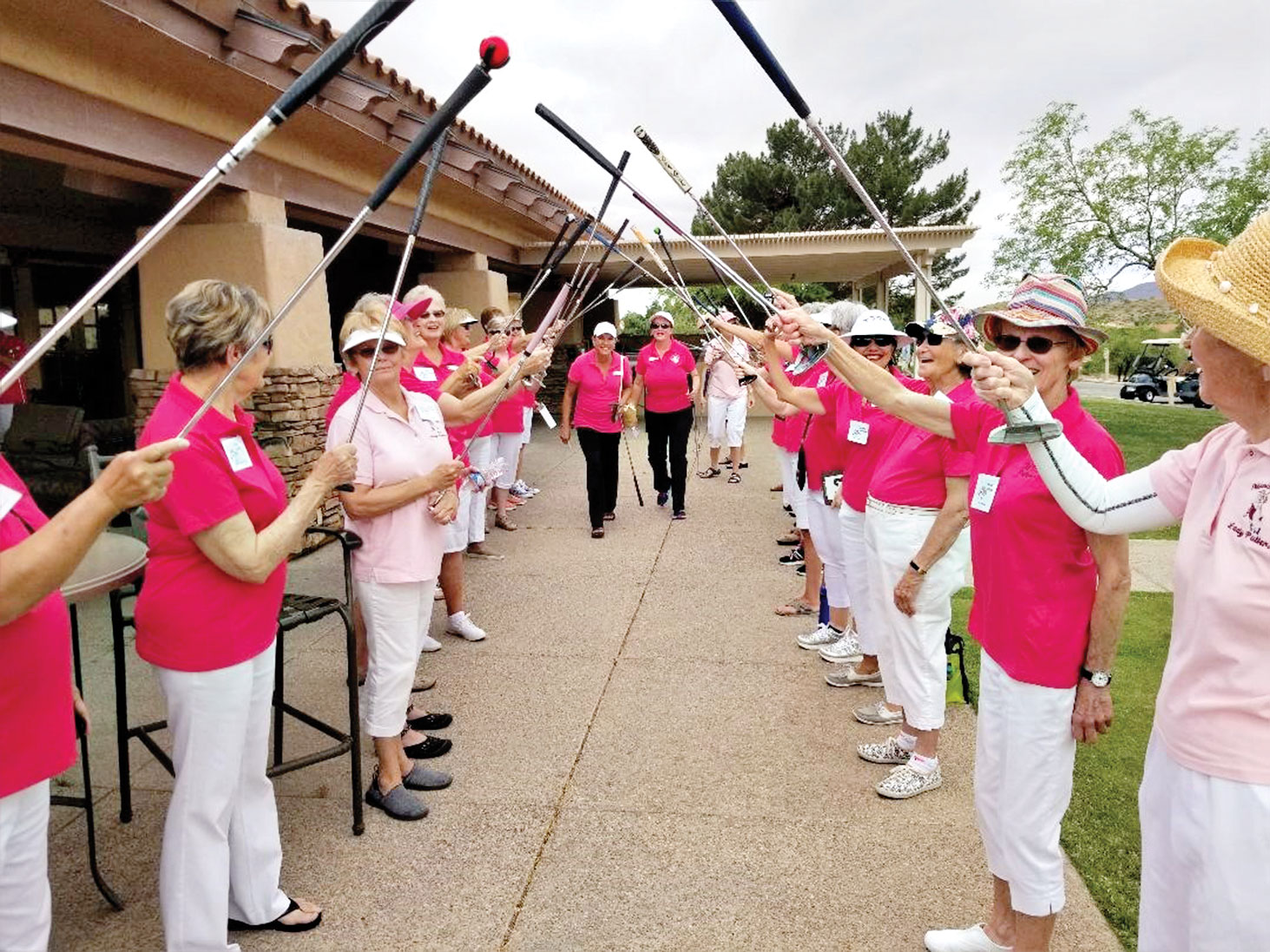 On April 29, the Ranchette Putters were hosted by the Lady Putters of MountainView in an event titled “Cinco de Puttero.” Raised golf clubs formed a gauntlet leading to the putting green at SaddleBrooke Two, where a family of deer provided unexpected entertainment. After the deer retreated, a sea of pink shirts took over the space and members of both clubs enjoyed a very challenging 18-hole event.

A delicious Mexican-themed lunch was served in the ballroom. Tables were decorated with cacti and chili pepper bottles while the bar offered specialty sangria drinks. Each place setting had a mini sombrero hat, surrounded by chocolate and chili pepper candies and a souvenir to take home.

Cash awards were presented to the blended teams who scored the first, second and third lowest averages, as well as the winner of the money hole. The holders of winning raffle tickets received additional cash prizes which were equally distributed between both clubs.

The Ranchette Putters want to thank the MountainView Lady Putters for their hospitality and camaraderie. We all agree that events like this demonstrate what Putters is all about–ladies having fun, while testing and improving golf skills and making new friends.