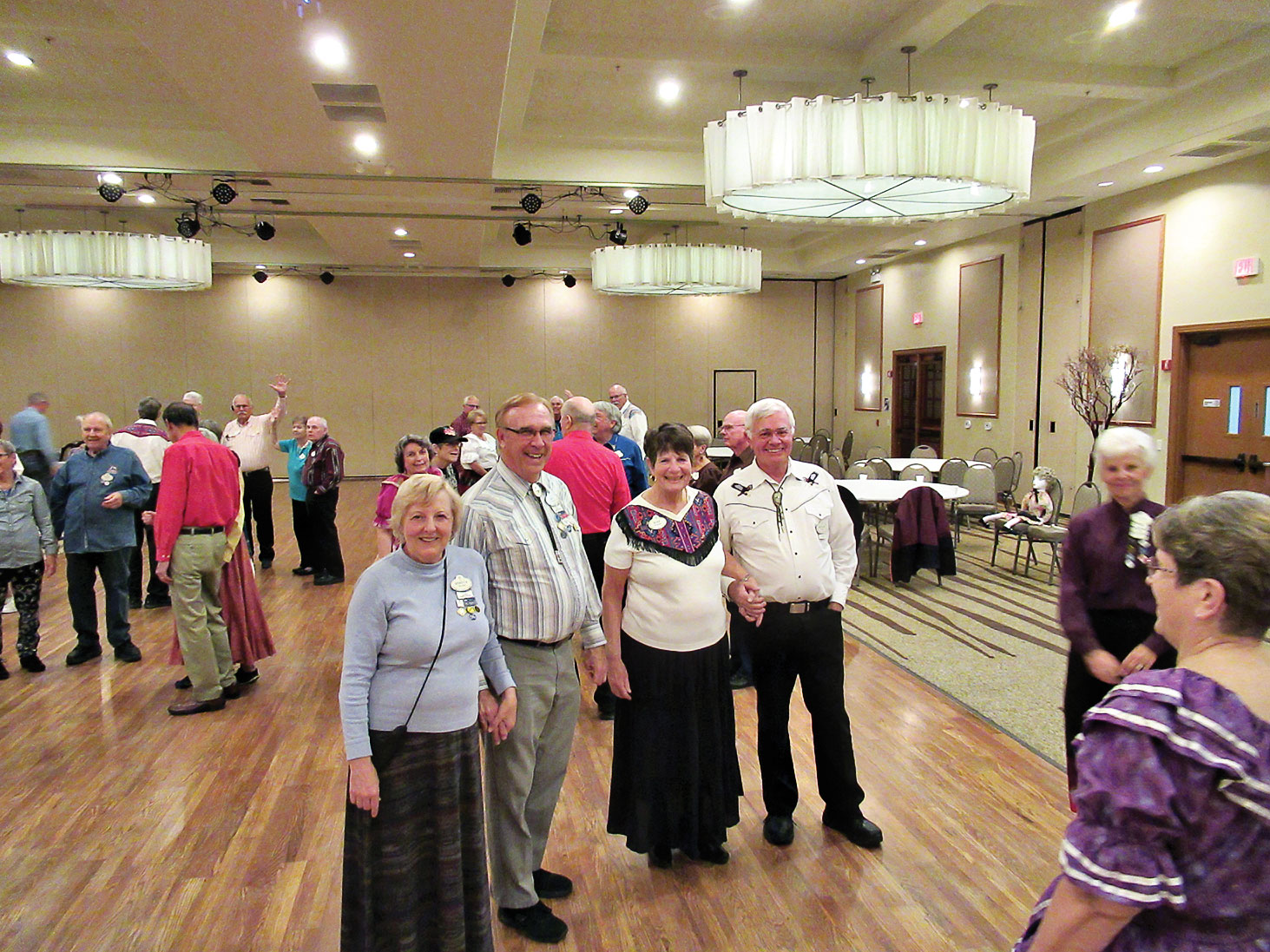 From left to right: Rebecca Williams, Don Williams, Barb Sullenger of the Rancheros and Richard Martin of SaddleBrooke Squares. 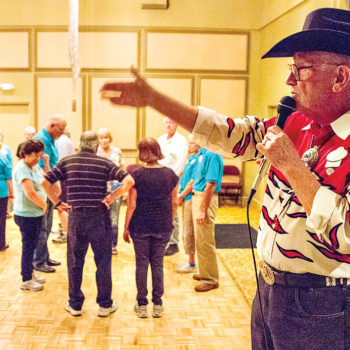 The Rancheros Square Dance Club celebrated its inaugural year in style. The members helped their sister club, the SaddleBrooke Squares, with a chili dinner and ice cream social to welcome prospective dancers and show them a little of what square dancing is all about. Then the two clubs joined in celebrating 25 years of the SaddleBrooke Squares, honoring their founder and retiring caller, Larry Kraber. Larry called a dance for the two clubs on Thursday, January 24 and then the clubs hosted a dinner in his honor with over 100 attending.

The two clubs had a special presentation called “Give Us a Whirl” on January 13 to allow prospective dancers to come and try square dancing for themselves. This resulted in 47 new dancers signing up for the 13 weeks of square dance lessons that will take them to the Mainstream level, the first level in square dancing. Once the students have graduated, they will be able to dance at the Mainstream level anywhere in the country and also anywhere in the world.

The same calls are used everywhere. Rancheros Don and Rebecca Williams have been square dancing in Japan. Even though neither of them spoke Japanese and others in the square spoke no English, once the music started and the calls began, they were all able to dance together with no problem. It surprised everyone!

The Rancheros dance as guests with their sister club on Thursday evenings starting at 7:00 p.m. in the MountainView Ballroom. Lessons are offered starting in January each year. There was quite a bit of interest in square dancing expressed at the recent SaddleBrooke Ranch Club Expo on February 2. The club had a number of couples ask to be put on their list for contact when lessons start again next January. Some thought is also being given to offering lessons again later this year.

If you would like to know more about square dancing, contact Don or Rebecca Williams at [email protected] or look at the Rancheros Square Dance Club website under the SBR HOA Clubs site.