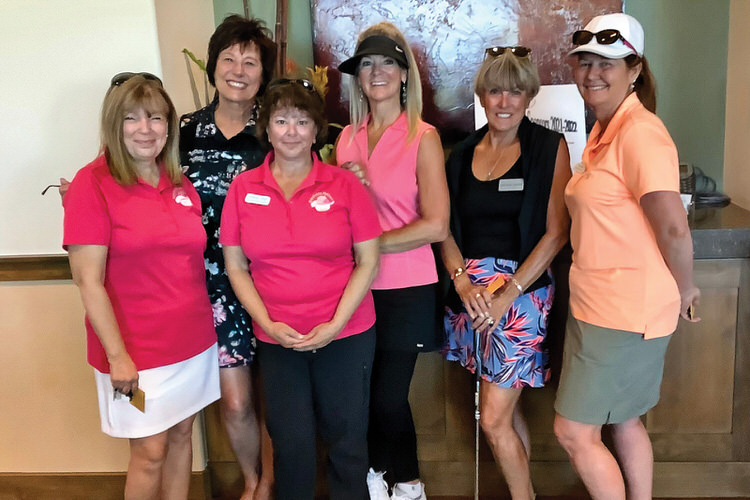 Sinking the ball with one stroke takes a lot of talent, and these ladies received prizes for their holes-in-one: Diane Fox and Evie Thompson with six; Judie Townsend with seven; and Karen Lanning with eight.

Ranchette Putters congratulates our April winners and invites all female residents of SaddleBrooke Ranch to join us for a fun weekly event. Check out our bulletin board by the pro shop for more information or contact Corky Mansmith at [email protected]