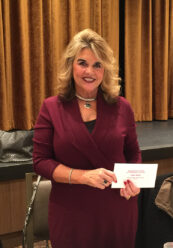 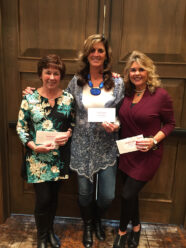 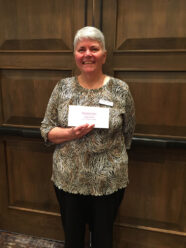 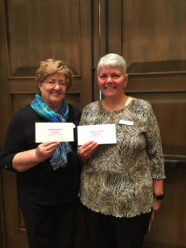 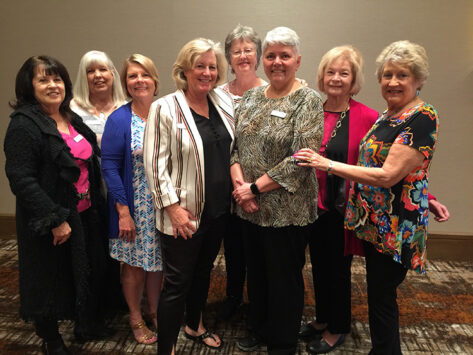 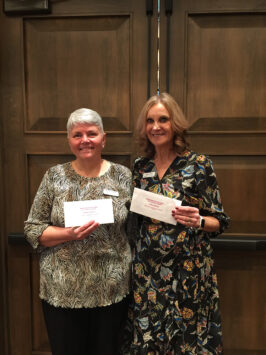 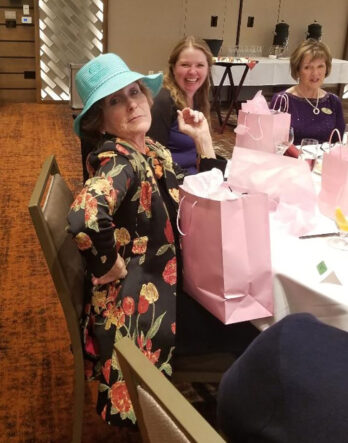 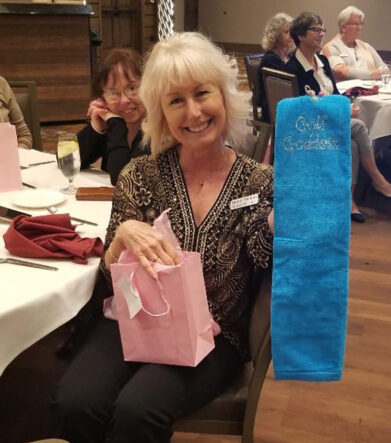 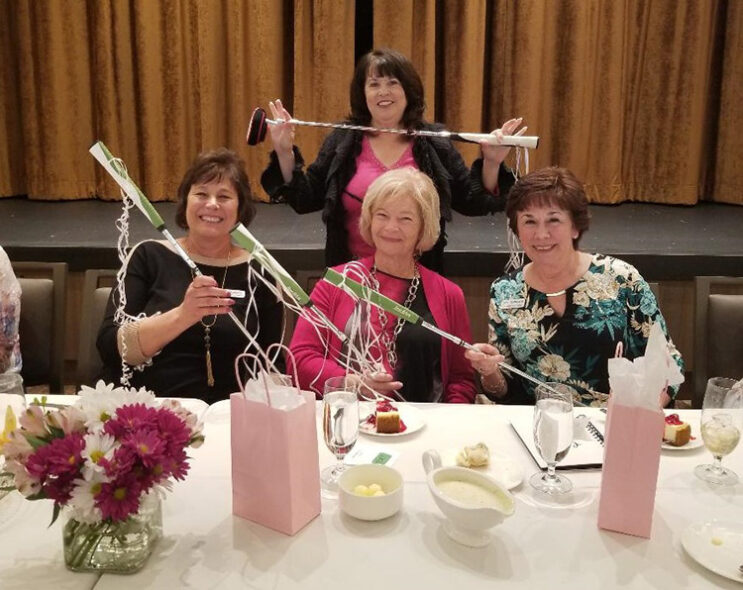 The Sol Ballroom at the SaddleBrooke Ranch House provided a beautiful setting for the Ranchette Putters’ 2019 annual award luncheon. Both the outgoing and incoming board occupied the head table. Outgoing president, Jacque Hendricks, thanked her board and handed the gavel over to Linda Sentivanac.

Irene Keil presented Jacque with a golf ensemble, and thanked her on behalf of the club for her outstanding leadership. Linda was also given a new golf shirt and was welcomed into her position. She then presided over the event and with statistician, Doris Carlin, announced this year’s winners.

The Roadrunner Award was presented to Terry Pendy for having the lowest gross average score of 35.929. Terry’s name will be engraved on the club’s plaque, located in the trophy case at La Hacienda Club. Evie Thompson had the next gross lowest score with 37.367, followed by Denise Sandoval with 37.645.

Awards for most holes-in-one went to full timer, Doris Carlin with 58 and part timer, Ann Engraff with 18. The award for best attendance, with 35 qualifying sessions, out of 36, went to Doris Carlin. Congratulations to all of these ladies for their excellent and consistent performances.

Members-at-large participated in a chance to win one of 45 raffle prizes, including ten putters! A table full of pink bags contained additional prizes: an assortment of hats, visors, gloves, tote bags, golf towels, and socks. And every attendee left with a pink ‘cozy’ inscribed with SBR Ranchette Putters and a new golf ball.

Ranchette putters were pleased to have four sponsors present at the event: Leslie Brown – the Sell, Buy and Rent Team from Oracle Land & Homes; Allison Honeycutt from Golf Cars of AZ; Dennis Eckmeyer from New York Life; and Charlotte Eckmeyer from Eckmeyer Insurance.

Special thanks to Connie Garrison and Jacque Hendricks for taking the photos.