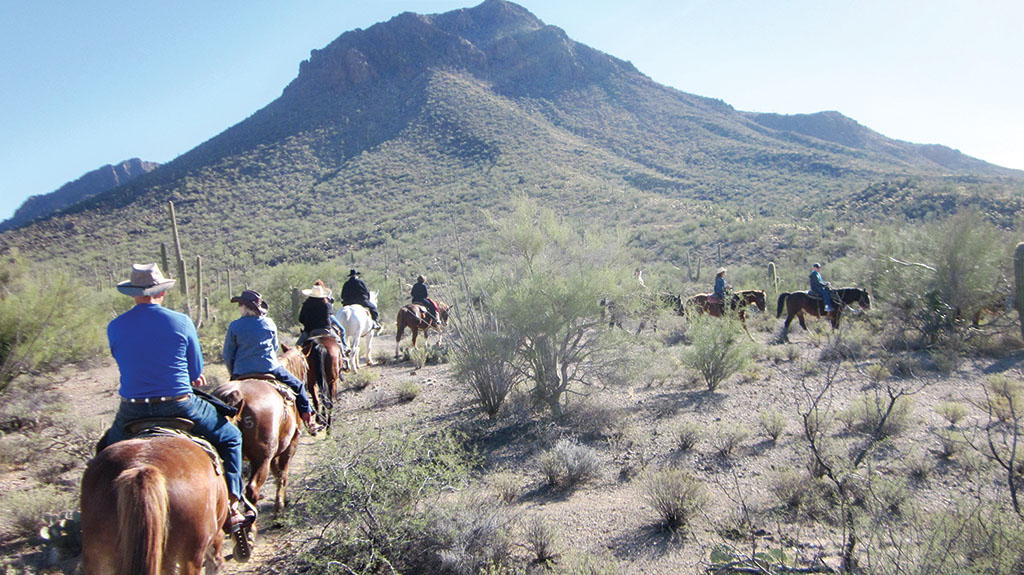 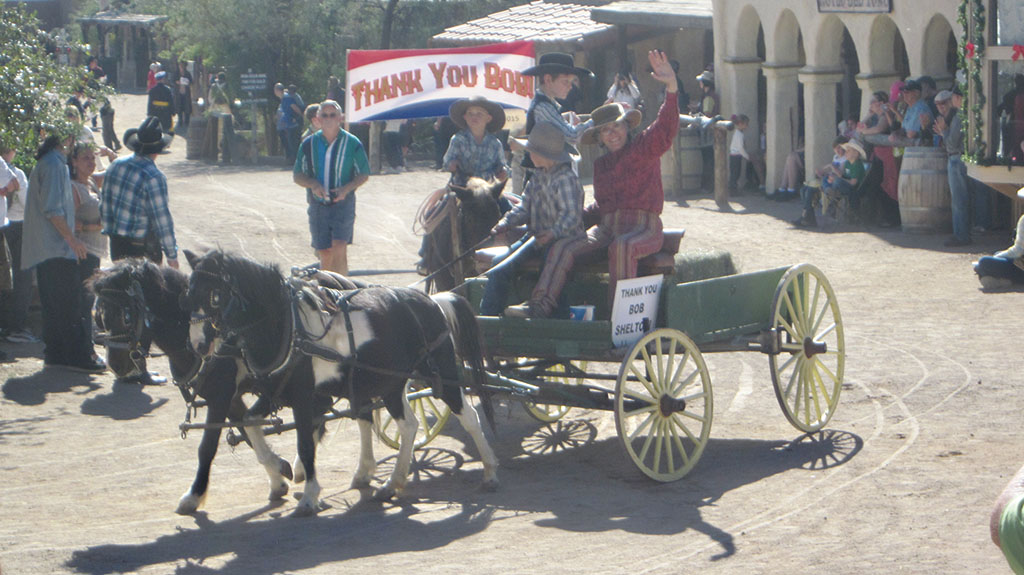 The SaddleBrooke Ranch Horseback Riding Group enjoyed their last ride of 2015 on Saturday, December 5, at Old Tucson Studios. A total of 10 riders enjoyed a beautiful sunny day on the trail, which winds through not only some of the hundreds of acres of Old Tucson Studios, but also through part of the Saguaro National Forest.

After the ride six participants entered the park, which was celebrating “Bob Shelton Day” in honor of one of the founding entrepreneurs whose energy and ideas took the dusty remnants of the movie set for the movie Arizona and transformed it into a major TV and film location as well as a major tourist destination dedicated to preserving the look and spirit of the Old West. The day included a presentation ceremony attended by the mayor of Tucson, one of the county supervisors and a representative from Gov. Doug Ducey’s office, officially proclaiming the day as “Bob Shelton Day.” It was followed by a parade honoring the 95-year old Shelton. Today the park is run by the Sonora Arizona Western Heritage Foundation and focuses on not only the history of movies shot at the location but also details about life and times in the Old West and 1870s Tucson.

The group’s next ride will be on Saturday, February 6, at Donnelly’s D Spur Riding Stable in Gold Canyon, AZ. This is a beautiful ride through the foothills of the Superstition Mountains with some nice views toward Phoenix. The ride will start at 10:30 a.m. to allow any winter chill to dissipate.

Rides typically cost between $35 and $40 per person. Plan to wear closed-toed shoes and long pants. Bringing a bottle of water is recommended. These are easily hung tucked into a pouch or a loop hung from the saddle horn. Western saddles are used on all rides.

If you need more information or would like to participate, please contact Don or Rebecca Williams, secretary for the group. They will sign you up for the ride, confirm the number attending with the stable and assist in organizing carpools for those interested. They can be reached at 520-825-2466 or on email at [email protected]