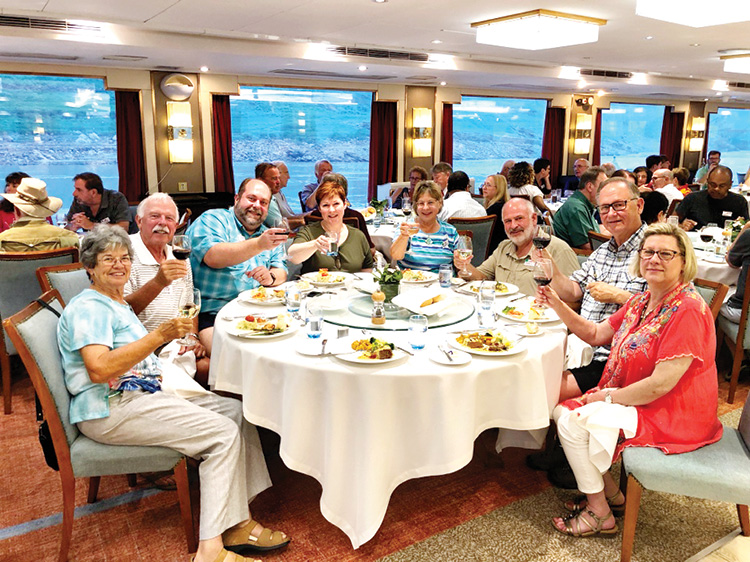 This past June, the Gallmanns and the Schreibers ventured away from the Ranch for a land and river tour of China. On the third day of the tour we boarded our cruise ship in Wuhan for a seven-day cruise up the Yangtze River. After a long day we were ready for a nice dinner and upon entering the dining room found a table that had room for four. We asked if the seats were taken and the other two couples said no and invited us to join them. One question led to another and before long we realized that we had Robson in common as they were from Robson Ranch, Texas. Much conversation was had about Robson communities and all eight of us agreed it was truly the best retirement living to be had. Great new friends.