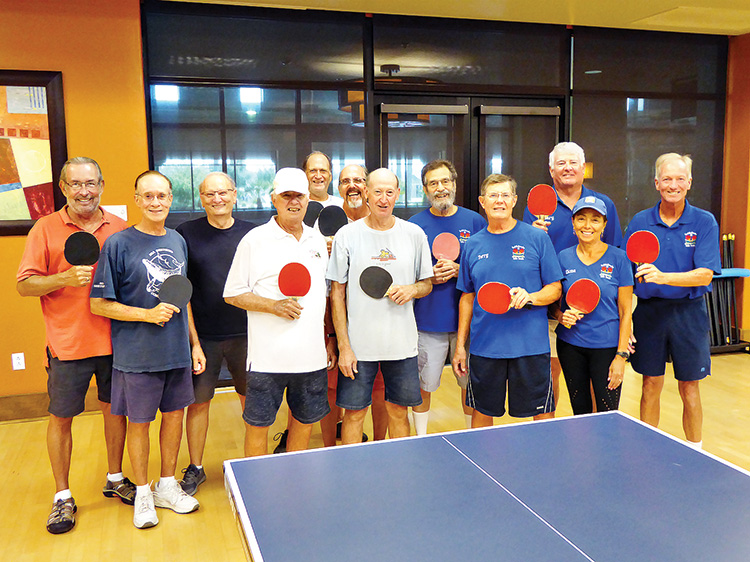 and SaddleBrooke Ranch resumed their competition here at the Ranch in late August.

A total of 18 singles and doubles matches were played. In very competitive play, SaddleBrooke defeated the Ranchers 11 to 7.

This is the third meeting between the clubs, and another in October is being scheduled.

SaddleBrooke Ranch residents who are interested in playing table tennis are invited to join us at 1:30 p.m. on Tuesdays, Thursdays, and Fridays in the activity room, next to the fitness center at the La Hacienda Club. All levels of players are welcome.

Thanks to Elona Martin for her help in matching skill levels for a fun, competitive tournament.