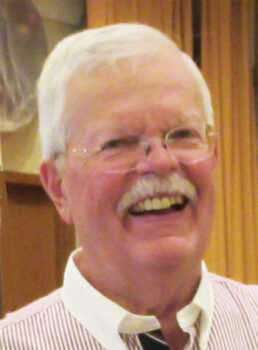 Steve Groth is stepping down as president of SBCO following many years of service to the organization.

After serving as the first male president of SaddleBrooke Community Outreach (SBCO) for four years and executive vice president for a year prior to that, Steve Groth is ready to hand over the reins to Denise Anthony, the current SBCO executive vice president. Steve’s service with SBCO began about 11 years ago when he and Sharon, his wife of 53 years, moved to SaddleBrooke Ranch as pioneers (their house was number 47 in the development).

Steve and Sharon moved to the Ranch in 2010 after he retired from a career in finance-related positions in New Hampshire, New York, Connecticut, Massachusetts, and California. In his last job, he was involved in leasing, financing, buying, and selling commercial jet aircraft.

As a new Ranch resident, Steve attended the annual SaddleBrooke Club Expo (held in the MountainView Clubhouse) and was persuaded to help with SBCO educational programs.

“The guy who signed me up also persuaded me to be a Golden Goose Thrift Store trucker,” Steve recalls.

This led to three years of volunteer service with The Goose. For a few years, Steve also organized the SBCO annual Food Drive (benefiting Tri-Community Food Bank) at the Ranch.

When Steve joined the SBCO education committee, it was a small group.

“I think there were three people then, including me. I quickly got involved with the scholarship program. At that time the greatest number of applicants came from San Manuel with fewer coming from Kearney and Winkleman. I recruited some new members as we expanded the education committee. The scholarships and enrichment programs were combined at that time, so we all did some of each,” he said.

As a committee member, Steve reviewed scholarship applications, interviewed kids at their school and presented certificates at graduation ceremonies. He also worked as the financial liaison for scholarship students attending the University of Arizona, which often required finding creative ways to use the scholarships.

“It was a thrill to see kids succeed with the help of our scholarships. It gave me great satisfaction,” Steve said.

“One of my favorite memories is tossing out the first pitch at Mammoth Little League where SBCO was a major sponsor,” he noted.

As SBCO president, Steve has handled many tasks, including running Board and General meetings and speaking to Rotary Clubs, golf groups, and anyone else who would listen to his sales pitch about SBCO. He even serviced the Suite L fire extinguisher and checked bank records.

“My greatest contribution was recruiting Camille Esterman, a fellow SaddleBrooke Ranch resident, to be Treasurer. Being part of SBCO has been a point of great pride and satisfaction. I have been pleased to be associated with a respected organization that does such good work helping kids in our community. It gives meaning to one’s life to be able to contribute and live up to my friend Linda Lyon’s motto that in life “we learn, we earn, and we return,” Steve declared. “Returning at this stage in our lives, after spending so many years raising a family and earning a living, is wonderful. I have told many other residents how wonderful it is to have the opportunity to do something that leaves a lasting legacy.” 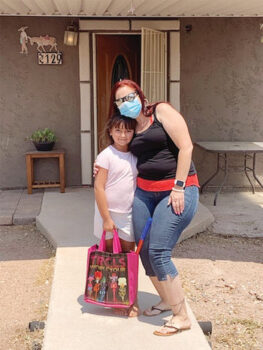 In 2020, a Mammoth-San Manuel Unified School District teacher delivered instructional materials to a student enrolled in the summer school and enrichment program.

SaddleBrooke Community Outreach (SBCO) has renewed a $6,500 educational grant to Mammoth-San Manuel Unified School District for a K-6 summer school and enrichment program. As with last year’s grant, the funds would allow 30 students to receive academic services and enrichment experiences to overcome their academic deficiencies.

The program will run five days a week from May 31 to June 25 and serve students from both San Manuel and Mammoth. Data collection conducted this spring will identify those students who can attend the four-week program.

The program administrator is planning for either virtual or on-campus learning or both, depending upon the status of the COVID-19 pandemic. Pre- and post-tests will be administered to evaluate student growth resulting from the four-week program. 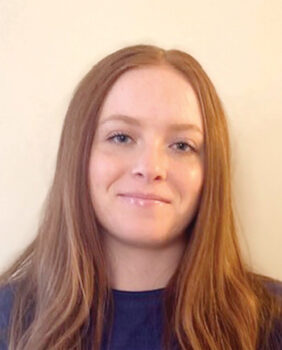 Research tells us that over 70% of children raised in poverty raise their own children in poverty. Sadly, this poverty cycle often repeats itself for generation after generation. Fortunately, we’ve learned that education is the key to breaking the cycle.

By contacting school counselors in the small towns north of our community, SaddleBrooke Community Outreach (SBCO) has identified capable and hard-working students who are highly motivated to further their education, but lack the financial resources to do so. A team of SBCO volunteers selects students to receive scholarships by reviewing their family income, grades, community service, and references. A written essay and personal interview are also part of the selection process. A volunteer liaison is assigned to each student. The liaison follows the student through his or her college career to provide support and ensure the student continues to be eligible for the scholarship by carrying a full load of classes and maintaining the required grade point average.

Lacking the resources to offer scholarships to all the highly deserving students identified, the Scholarship Endowment Program was created in October 2019. The beauty of the endowment is that only the earnings on donations are used for scholarships, while the principal (the amount donated) is invested and left to grow in order to provide funding for future generations of students. In this way, donations continue to help students long after we are gone.

One of our scholarship students is Angeleaha Jennings. Angeleaha graduated second in her class of 70 at San Manuel High School. In addition to working two jobs, she played multiple varsity sports, was president of the National Honor Society and the Rotary Interact Club, and volunteered for the Oracle Fire Department. In her spare time, she tutored younger students.

“The SaddleBrooke Community Outreach Scholarship has allowed me to pursue a college career I never thought was possible. With the help from SBCO, I have been able to attend Barrett, the Honors College at Arizona State University, which has allowed me to fully immerse myself into the experiences and benefits ASU has to offer. Doing this would not be possible without SBCO, and I am extremely thankful for everything this scholarship has offered me. Being a recipient of the SBCO scholarship has created a space for me to feel fully supported and encouraged in all my aspirations and goals, which is why this scholarship means so much to me. I am beyond grateful for the opportunity to be involved in such an amazing organization,” Angeleaha said.

If you would like to help other students like Angeleaha, consider making a donation to the SBCO Scholarship Endowment Fund. Donations can be made in three different ways.

1) Donors over age 71 can reduce the tax liability of their mandated annual IRA distributions by having their financial institution send a portion of their distribution directly to the SaddleBrooke Community Outreach Scholarship Endowment Fund.

2) Those who would like to defer their donations can make the SBCO Scholarship Endowment Fund a beneficiary in their will or trust.

3) Finally, donors can simply write a tax-deductible check. While SBCO accepts donations in any amount, the minimum donation to the Scholarship Endowment Fund is $5,000. (Consult your financial advisor about the tax benefits of charitable giving.)

As Nelson Mandela so wisely said, “Education is the most powerful weapon we have to change the world.” A gift of education is a gift that lasts forever.

For more information about the SBCO Scholarship Endowment Fund, contact Ron Andrea at [email protected] or call him at 520-904-4831.