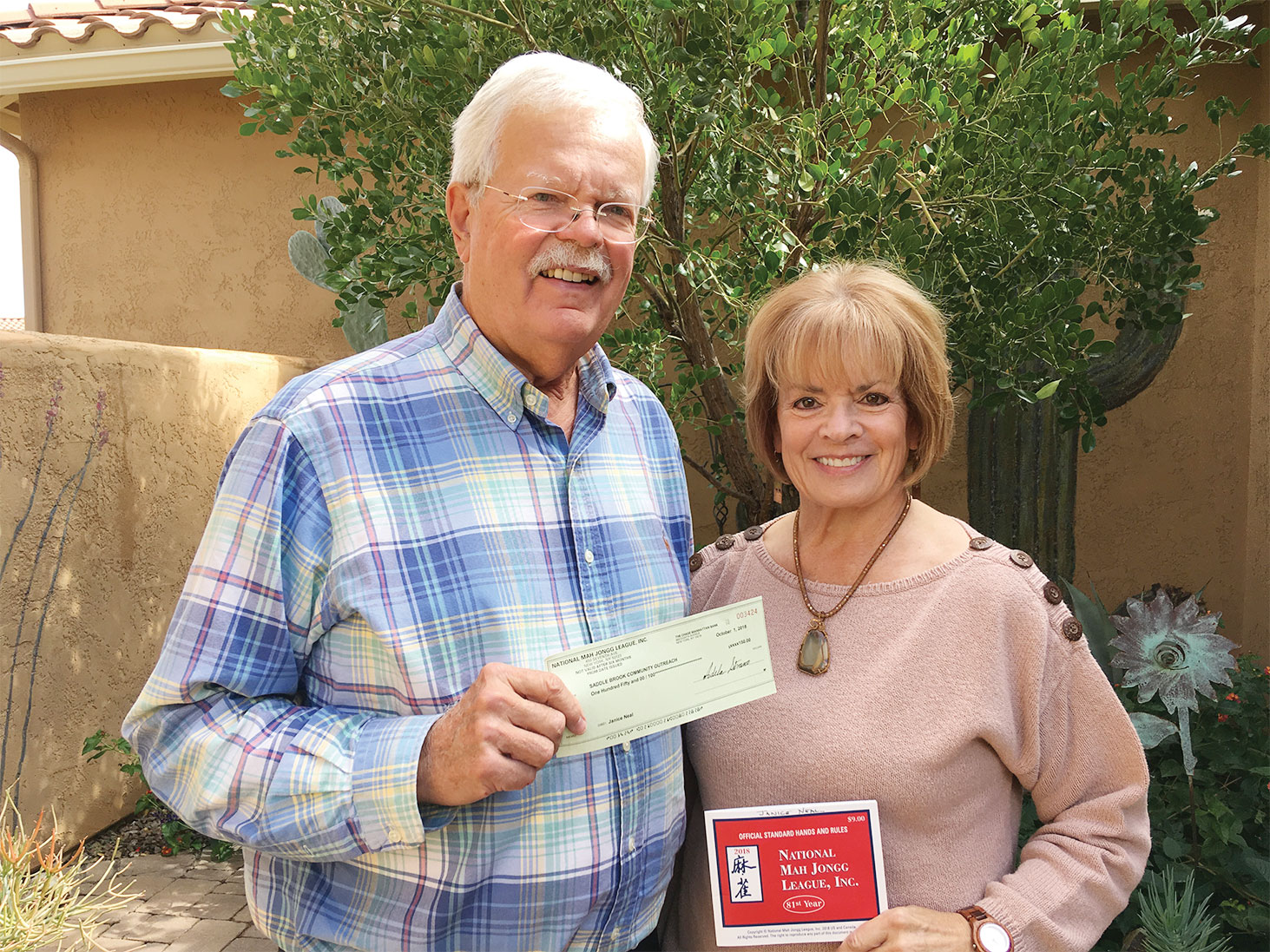 Mah Jongg is a very popular game at SaddleBrooke Ranch. We have many players who are new to the game and people who have played for years. There is a weekly game played on Thursdays in La Hacienda Club, coordinated by Betty Pearce. There are multiple private groups who have weekly games played in their homes. There is also mixed Mah Jongg played by couples at night. The first SBR Mah Jongg tournament is scheduled for November.

I first learned the game in 1981 when I was an expatriate in Argentina and I was very happy to start playing at SBR in 2013. All of us play with an annual card, published by the National Mah Jongg League (NMJL). The card contains all of the official hands that can be played that year.

Every year I received a booklet from the NMJL to order my card for the following year. In the back of the booklet there is a section that lists people who order cards for groups of players and donate to a charity. Last year I finally satisfied my curiosity and contacted the NMJL to see what the charity donation is all about. I learned that if I placed an order for at least 35 cards, the NMJL would donate $1.50 per card to the charity I chose. Free money!

Last January I decided to give this a try and published this information on our SBR Facebook page. Over 80 people participated and ordered 100 cards through me. This order was submitted under the name “SaddleBrooke Ranch Mah Jongg Players.” We received $150 from the NMJL which we have donated to the SaddleBrooke Community Outreach in a presentation to Steve Groth, SBCO President.

Our donation contributes to a program for needy children who live in the Copper Corridor, from Oracle to Mammoth and the San Carlos Reservation. Children, from the ages of five to fifteen who qualify for the free breakfast and lunch programs at school, receive a wardrobe valued at $75 twice per year. The fall wardrobe consists of 3 pairs of pants, 3 shirts, 1 jacket, 1 pair of shoes, 6 pairs of socks, 6 sets of underwear, knit hat and gloves, toothbrush, toothpaste, and 2 books.

Because this effort was so successful, I will again coordinate ordering 2019 cards for SBR residents who wish to participate. The NMJL has kept the information for everyone who ordered last year. I will gather all of the order information and payments in January and will submit the order by January 20th. The process will be published again on Facebook SBR and Nextdoor. I hope that many more residents participate in our charity donation project for the SaddleBrooke Community Outreach this coming year.